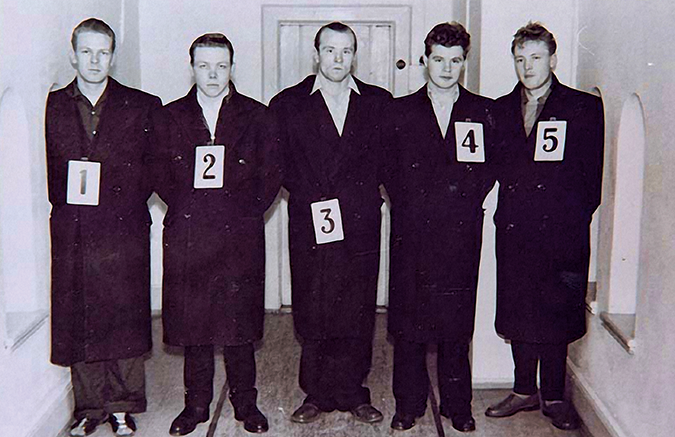 If you woke up one day and that face of yours – the one you have come to know, love and take care of – suddenly had a large, offensive, seeping boil on it, what would you do?

It’s safe to say that you would try your best to hide it from everyone else. Until it went away or it was medically attended to, you might even avoid looking in the mirror. You would draw as little attention to it as possible.

I have a bitter pill for you law enforcement professionals to swallow: We’re not always right. Moreover, when we’re wrong, it is not in a small, insignificant way. No, our wrongs are most often big wrongs with great consequences, like ugly boils we don’t want anyone to see.

If you haven’t heard about one of the biggest police reforms in recent criminal justice history, then you have been deliberately not looking in the mirror. Let’s face it, none of us like to hear about “police reform.” We have always felt that we were doing things the right way. Police officers across the nation recoiled in disgust back in 1966 when the US Supreme Court cobbled together a series of warnings which officers would be legally required to read to in-custody suspects when being questioned to protect their Fifth Amendment privilege against compelled self-incrimination: The Miranda Rights. This was police reform on a monumental scale. Law enforcement didn’t like it one bit. In fact, many flat out ignored it. Today, however, we not only dutifully read the warnings as prescribed, but we understand the need for it. We know that there are people like Ernesto Miranda who didn’t have any idea what Constitutional protections were. We understand that fairness­­ isn’t a concession – it’s a requirement. We know that if we are to really live up to the oath we took, we acknowledge that above that metaphorical “playing field” of our justice system, the fans in the stands above are cheering for the defendant. They have home field. That’s the reality of our system of justice. To cops, that can be frustrating, but when you become a civilian, with kids, you “get it.”

The 1960s saw police reform on a tectonic scale. In the same decade as Miranda, Mapp vs. Ohio decided that the Exclusionary Rule applied to the states, not just federal cases. No longer could you use unlawfully obtained evidence in trial, as they hadin Mapp. In that case, Ohio courts shrugged when confronted with a completely fake warrant the detectives used to enter Dollree Mapp’s house. Thankfully, the Supreme Court Justices saw it differently and we all became better professionals because of it. We get it. But, there were still more mountains to climb.

Fast forward to 2021 when we are still experiencing exonerations of innocent defendants through DNA tests. Is this making you uncomfortable? That’s good. Please keep reading. It’s not just the DNA tests which should make us sit up and take notice. Over the last couple of decades, what has come to light is that in the vast majority of these cases (around 75%), there was a mistaken identification made by a witness. So you can breathe a little easier in knowing that it was rarely a “bad cop” element which caused the injustice. Rather, it was a bad system (at least a less efficient one) which sent innocent people to prison. One of the most alarming cases was a North Carolina rape case in which the original defendant, Ronald Cotton, was convicted based on the testimony of the victim, Jennifer Thompson, who picked him out of a lineup. You know, the old “six-pack” lineup we used for decades? Well, it turns out those are problematic. We never had a problem with them. Indeed, we found them overkill: We had to find five fillers who looked like the subject and present them to the witness. Now, science and psychology has exposed drastic failures in human memory and recall, resulting in another police reform – the double-blind method of showing photo lineups. The six-packs are no more and if your department is still doing them, then it is akin to those stubborn cops from decades past who refused to embrace Miranda. Ronald Cotton, it turned out, was not the rapist. DNA proved it. After Cotton was freed, he and Jennifer teamed up and gave memory and eyewitness symposiums all over the country, telling their story to prosecutors and detectives. They authored a book together, Picking Cotton.  If you haven’t seen the “60 Minutes” episode on this remarkable story, search it on YouTube. I use the story and show the video to my high school students and to law enforcement officers during regional training courses I teach. In that story and in many other articles I have read, modern science has come to prove that human memory is highly fallible and, in fact, can be manipulated and changed by our biases and outside influences, even subtle ones. The double-blind method removes from the process the detective working the case who knows the subject’s identity. In doing so, it removes the possibility of inadvertent suggestion or bias which can be transmitted – by even the most minute tone inflection or body language – to the witness. Does this sound implausible? NIJ studies have shown that the double-blind method has reduced the ratio of misidentifications in criminal cases.

Today, there is a Florida inmate named Thomas James who has been sitting in prison for 30 years, convicted on what appears to be a misidentification. After reading a GQ article about the case, my former sergeant, Al Singleton, became the loudest voice in law enforcement to demand that the case be reviewed. He strongly believes in James’ innocence. He sent the article to me and I cannot disagree with Singleton’s view. If you had met Al when I worked with him (and for him) in the ̓80s and ’90s, you would have met a pragmatic former US Marine who was as “law and order” as they get. He demanded nothing but professionalism out of the people who worked for him and he made me a better cop. He is, and always was, honest and fair so to hear him say, “We arrested the wrong person,” was unusual, but not terribly surprising.

Most people don’t like to admit that they’ve made an awful mistake. Law enforcement officers, especially, believe strongly that we are always “doing the right thing.” And, most of the time, we do exactly that.

Ronald Cotton’s misidentification was not a case of racism or malicious prosecution. Our criminal justice system is made up of human beings and human beings are imperfect. They make mistakes – so do cops and so do prosecutors. And, as much as we believe that we are always doing the right thing, we must believe and understand – with even greater conviction – that we are highly prone to error and that our memories are anything but perfect.

Ernesto Miranda got a new trial. And he got convicted again. When he got out of prison, he was stabbed to death in a bar fight. When the man who stabbed him was arrested, he was read his Miranda Rights. Criminal justice and irony are no strangers. But, fairness cannot be a neighbor we ignore.

Confronting truths can often come with discomfort, even pain. Our system tries its best to protect an individual’s innocence, sometimes at the cost of a guilty person or two getting lucky and going free. If we call ourselves professionals, however, our ultimate goal should be to better ourselves and better our system so that your innocent son and mine don’t end in a prison cell – or strapped into a chair on death row.