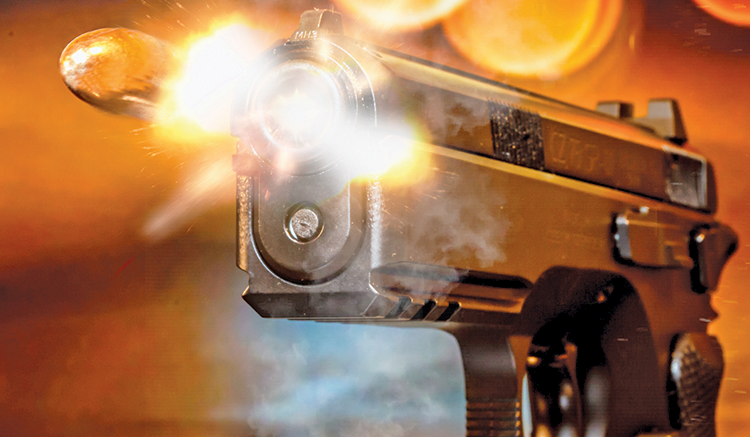 These days, law enforcement officers are operating in an increasingly hostile environment.

The past year has been particularly rough on law enforcement officers. Between the COVID-19 pandemic and large-scale social unrest, the police have been stretched to the limit and bear the brunt of public frustration. To further compound the problem, calls to defund the police have actually gained traction in some areas, although it appears this position is not widely held.

One very disturbing trend largely ignored by the popular media is the fact that 283 law enforcement officers had been shot in the line of duty in the first 11 months of 2020 for an all-time high. Forty-four of those officers died as a result. I can only speculate that the widespread use of soft body armor and better trauma treatment prevented the number of fatalities to rise as high as in the 1970s.

Despite these challenges, we can probably expect public safety budgets to shrink. This will have an adverse effect on staffing and training, putting officers at even greater risk. Even in the best of times, the resources dedicated to that intangible quality called training are not what they should be. In short, if you are serious about your personal safety, you have to take the bull by the horns.

What follows are a few tips which might go a long way in keeping you safe in a worst-case scenario. Best of all, many can be practiced at home or might only require a modest expenditure of ammunition. When a box of practice ammo costs about the same as dinner for two, it is important that our training be focused.

Can you quickly react to a sudden threat? Although in most instances officers have forewarning of danger, it doesn’t always play out that way. The faster you get into action, the greater the likelihood that you will prevail in a deadly encounter.

Practice of the draw stroke can be accomplished off the range. Go to a safe area where you are not likely to be disturbed and verify your handgun is indeed empty. From a secure holster, draw and drive the pistol to eye level. Your effort should be focused on a perfect, efficient draw stroke. Initially, concentrate on form rather than speed. Once you feel you are hitting on all cylinders, try to pick up the pace and add the trigger press.

Make it a point to return the pistol to the holster with one hand. This is especially important with concealment holsters which are soft or obstructed by clothing. You should be practicing with the type of clothing typically worn with the gun. If that holster collapses on return, junk it and get another.

By investing five minutes of time here and there, your draw stroke will become very smooth. In the age of Level III duty holsters, it is important that you practice this critical skill.

One of the advantages of modern autopistols over the revolvers of old is the fact that they offer greater continuity of fire. The absolute need to reload during a gunfight is greatly diminished, yet it does happen. In view of that, this is another skill which we need to refine.

Many outfits focus their entire effort in having the troops achieve a level of competency in marksmanship, but ignore the equally important component of gun handing. Without some solid instruction, cops will find a way, but it may very well be the wrong way. A very common mistake I see is improperly drawing the spare magazine from the pouch. This will slow you way down and may even result in a dropped magazine at time of need.

Traditionally, combat loading falls into one of three categories: speed, emergency and tactical. In the speed reload, the partially depleted magazine is replaced without regard to the disposition of any remaining rounds. One simply drops the magazine and replaces it with a fresh one. The instructors at the old HK® International Training Division were fond of saying, “Load when you can, not when you have to” and it’s a point well taken.

The emergency reload is a little bit more involved and requires an additional step. The pistol is now totally empty with the slide locked to the rear. You not only have to replace the magazine, but you also have to send the slide forward to chamber a round. To return the pistol to battery, one can either hit the slide catch or pull the slide all the way to the rear and let it go. Ultimately, the individual user will have to evaluate what works best for their needs. Some pistols have an ambidextrous slide release which work equally well for right- and left-hand shooters. Others have single side controls which require left-hand users to run the slide.

Quite frankly, I’m not a big believer in the classic tactical reload which requires the shooter to manage two magazines in the hand after being subjected to life-threatening stress. The idea behind this is that the partially depleted magazine should be saved for possible future use. To cut right to the chase, I would rather invest my time for scenarios which are more likely to happen. If you feel otherwise, by all means have at it. The tactical reload remains a great range technique, but I have reservations as to whether the average officer could pull it off in the middle of a gunfight.

Get yourself some inert, dummy rounds and practice. Be sure there is no live ammunition on your person or in the immediate area. Again, a few minutes of practice will speed up your game considerably.

Just about all police firearms training involves shooting with two hands on the pistol. We do, in fact, shoot significantly better when we can get both the dominant and support hand around the gun, but we shouldn’t ignore solo hand skills. Some common examples of one-handed shooting include spontaneous threats in close quarters, injury or when managing a flashlight in the support hand.

Some trainers teach a specific stance when firing solo hand. Since this is pretty much an emergency technique, I don’t make a big deal out of the footwork and suggest you simply utilize your usual balanced fighting stance, the same as you would when firing with both hands. By all means, avoid stepping forward with the strong side foot and blading your body 90 degrees. This forfeits the advantage of your body armor and gives an adversary an open window to the vital chest area.

My one-handed practice is conducted at seven yards and closer and I fire two to three shot bursts with both the dominant and support hands. By all means, don’t neglect the “stupid hand.” The ability to fire decisive hits at typical combat distance with either hand may very well determine whether or not you go home at the end of your shift.

Just about any sort of humanoid target can be utilized. For targets with an overly optimistic high value scoring area, one can use small paper plates or overlays to make it more challenging. You will indeed notice a little more muzzle flip when firing at speed when shooting single hand and you may have to back off the gas pedal just a bit in order to surgically place those subsequent shots. This is another area where some significant dry fire practice will help out prior to hitting the range.