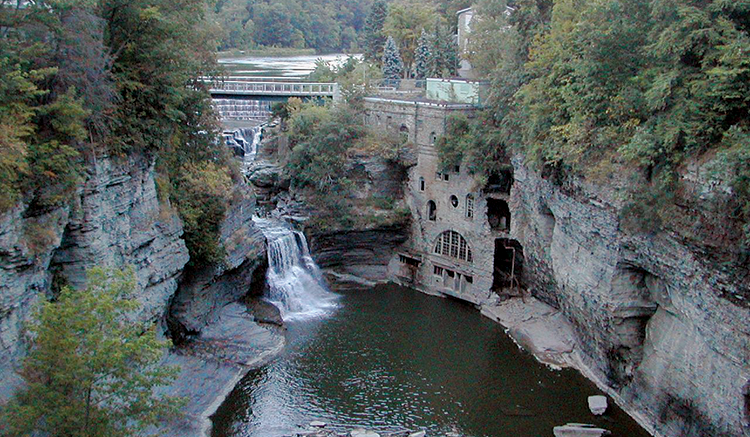 What Happened to Antonio?

November 30th of this year will mark 15 years since I retired. On that day, someone said something you’ve probably all heard before: “You never get police work out of your blood.”

You think I miss getting called out in the middle of the night for a dead crack dealer? Do you think I miss my uniform days, getting shot at, bricks and bottles thrown at me, and getting called every name in the book? I, likewise, am very content that I no longer get the endless calls from next of kin on my homicide cases: Why haven’t we caught the killer yet? When are we going to trial? What do you mean you’re working on other cases? What about my son’s death? Detective, there’s no way this is a suicide; there’s no way he would ever do that…

I sure don’t miss any of that. Every so often, though, a case catches my attention and I find myself thinking, “I’d love to work that one.” I also still bristle when I see poor police work, especially in a major case investigation. On October 24, 2019, a young college freshman named Antonio Tsialas was found dead near Cornell University. The location was a short walk from campus, a waterfall park well-known for Cornell students’ late night drinking revelry and fraternity dares. Tsialas’ death hit close to home. He was an honor student at the school where both my wife and I currently work. He was a soccer star, bright, energetic, and well-loved by students and faculty alike. He was my wife’s former student. We went to his funeral service where his parents – reeling in shock, confusion and grief – stood graciously, smiling and greeting a line of classmates and faculty members which went out the door and down the hall.

You never want to jump to conclusions when you investigate, but you also follow the smoke to see if it leads you to a fire. When a promising college freshman is found dead near a popular gorge where college kids liked to jump and swim, the smoke is usually billowing up from a campus frat house.

In the last five years, there have been nine documented college hazing deaths in the US. One might shrug and say, “That doesn’t sound like much.” Remember that we are not talking about a student getting into a car accident, or even overdosing on drugs by themselves, or being involved in a non-fraternity-/sorority-related homicide. These are accidental deaths directly related to hazing activities and almost always involve colossal amounts of alcohol use. In other words, it’s fair to say that, if these students had not been a part of a fraternity or sorority, they would not have died. This brings the problem into sharper focus, doesn’t it?

Antonio Tsialas’ parents are, by all accounts, very respectable, responsible people who were fortunate enough to send their child to an excellent private school. All Antonio did during his years at this school was flourish and excel at everything he did in a very challenging and demanding academic environment. On its face, that tells you he didn’t have an alcohol or drug abuse problem. Anyone who does will not survive a high functioning college prep curriculum and have the ability to be a star soccer player on top of it all. To say that his death was a shock to everyone who knew him would be a major understatement.

But, young people are…young. They want to be accepted and they feel like they can survive anything. They’re often willing to leave their comfort zone to gain the acceptance of their peers. Once the first couple of drinks go down, well, taking risks gets easier and easier. It’s terribly sad that his “friends” were willing to get so out of control that they, too, were willing to throw all caution to the wind when putting the newbies through the fraternity rites of passage.

Even sadder is the fact that, to this day, 18 months later, we don’t know exactly what happened to Antonio. What we do know is this: He went to a Phi Kappa Psi induction party called “Christmas in October.” Though this was forbidden by the school (they are supposed to wait until the second semester to recruit freshmen), the fraternity routinely thumbed their noses at the rule and engaged in “dirty rush,” of which the Christmas in October event was a part. At the frat house were Christmas decorated rooms, each with alcohol which the freshmen were expected to drink – all night. At one point, according to the investigation, Antonio was drunk, but he was approached by another student who insisted that he hadn’t had enough. Antonio was told to open his mouth while the other student poured straight vodka down his throat.

What happened after that point is – not to make light of any of it – hazy. No one could contact Antonio the next morning or the rest of the day and night. No one reported anything, either. Nearly 100 students were at this drunken hazing party and no one bothered to make even an anonymous call to anyone to say that Antonio was in any kind of distress. His body was discovered two days later on a ledge at the Fall Creek Gorge. His vomit stained shirt – with an unknown individual’s shoeprint on it – was found nearby above the body. Fall Creek Gorge is a ten minute walk from the frat house.

A lot has been written about the investigation which was conducted by the campus police. I am going to tread lightly here because I have been on the other side of the fence when investigations are criticized by outside entities. What is appalling to me, though, is that no one – not one solitary member of Phi Kappa Psi – has come forward to tell the truth about that night. In fact, they all lawyered up. I’ve been involved in hundreds of death investigations. The more people you have who know things, the greater the chance you have of “flipping” someone. It takes some strategy and some investigative teamwork. I’m not sure what was done and what wasn’t. These aren’t hardened criminals, however, they’re young college students, most of whom have never been involved in anything illegal in their lives (save for a few joints now and then). With nearly 100 attendees, you should get at least one or two decent statements which can flesh out the fact pattern. It’s doubtful that, in a drunken stupor, Antonio would wander ten minutes in the dark to Fall Creek Gorge by himself. Someone knows what happened. Someone left him to die on that rocky ledge and dozens more witnessed the events leading up to it. Someone stepped on that shirt.

There is a lot to rub one’s chin about here and it starts with a culture of colleges which aren’t willing to exact greater discipline and oversight on these fraternities and sororities. There might have been some sloppy police work involved, too. Again, I’m not going to pass judgement on a case I wasn’t involved in, but a drone flight over the Gorge revealed something which appeared to be a cell phone. The campus police have said they declined to go and retrieve it because of “icy conditions.” After the ice thawed, the police never went back. Antonio’s phone has not been found to this day.

We as an institution have no excuses these days to do bad police work. The training, the technology and the resources are all within reach. And, if they are not, and you don’t have experienced investigators who have the skill sets to do this critical work, bring in your state police or some other agency which does.

On the other side, our institutions of higher learning need to also start stressing higher ethics and greater oversight on their student body – kids who are for the first time free of the bonds of their parents and ready for adventure. Fall Creek Gorge has been a Cornell party and recreation spot for decades, centuries in fact. Students have swam, jumped and died there since 1873, when a blindfolded freshmen died after falling in the water there. But, the parties, the hazing and the insane alcohol consumption all continue.

Police investigators, college deans and university presidents, please hear the cry of the Tsialas family: Let’s get better at our jobs. If we don’t, promising young people will continue to needlessly die.

A Web site dedicated to this case has been established and it can be found at antoniohelp.com

Ramesh Nyberg retired from law enforcement in November 2006 after 27 years in police work. He is the Director of Security & Auxiliary Programs for Ransom Everglades School in Miami. He enjoys getting feedback from readers and can be reached at ramesh.nyberg@gmail.com.Also, Ram has recently announced his newly published book, The Ten Must-Haves to Be a Great Detective, available on Amazon in both paperback and Kindle eBook. You can find it by visiting https://tinyurl.com/hwc2xajm