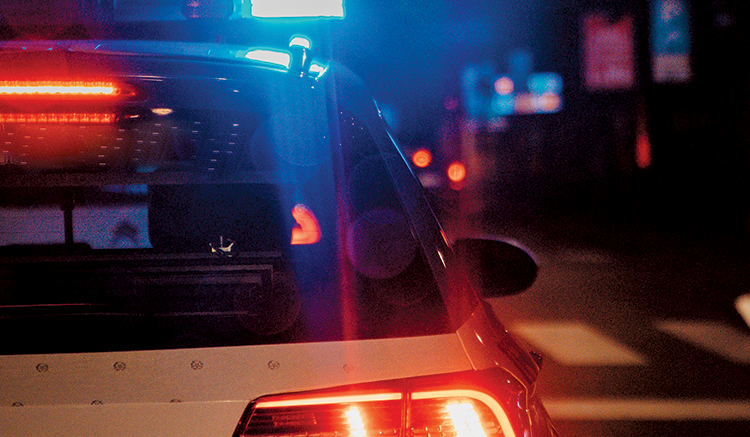 In Lange v. California (US 20-18) (cert. granted 10-19-20), the United States Supreme Court agreed to decide the issue of whether a police officer may make a warrantless home entry when the officer is in pursuit of a person of whom the officer has probable cause to believe has committed a jailable misdemeanor offense.

In the case description below, the defendant, Arthur Lange, was charged with drunk driving and with operating a vehicle’s sound system at excessive levels. He moved to suppress the evidence, arguing that the officer’s warrantless entry into his home violated the Fourth Amendment.

The facts unfolded in the first week of October 2016 when, at about 10:20 p.m., California Highway Patrol Officer Aaron Weikert noticed the defendant’s car “playing music very loudly” near Route 12 in Sonoma County. The driver – later identified as Lange – honked the car’s horn four or five times which the officer thought strange because there were no vehicles in front of Lange.

The officer began following Lange intending to conduct a traffic stop. The officer observed Lange make a right turn and then a left turn. Lange then stopped for a few seconds and the officer stopped as well. When Lange began to move forward, the officer activated his overhead lights which consisted of “four red lights” and “a white bright light which switches between red and blue.” Lange “failed to yield.”

At the defendant’s motion to suppress, the prosecutor argued that Lange committed a “jailable” misdemeanor when he failed to stop after the officer activated his overhead lights. At that point, the officer had probable cause to arrest Lange for this misdemeanor offense and exigent circumstances justified the warrantless entry into Lange’s garage. The California Court of Appeal agreed, finding that Lange’s “arrest or detention based on probable cause [had] begun in a public place, but the suspect retreat[ed] into a private place in an attempt to thwart the arrest.”

First, there was ample evidence that Lange was violating the Vehicle Code which justified the officer’s attempt to conduct a traffic stop. Second, Lange clearly had reason to believe that the vehicle behind him was a police car. “There were no other cars on the street when Lange’s car slowed down and almost came to a complete stop. When Lange’s car moved forward, the officer activated his overhead emergency lights. The lights consisted of ‘four red lights and there is a white bright light [which] switches between red and blue.’ It was very dark outside and the lights provided considerable illumination.” Thus, “a reasonable person in Lange’s position would have known the officer intended for him to pull over.”

Third, after the officer activated his overhead lights, Lange continued driving his car for approximately 100 feet before it turned into the driveway. In this state, it is a “jailable” misdemeanor offense to “willfully resist, delay or obstruct a peace officer in the discharge of his duties.” The Vehicle Code also makes it unlawful “to willfully fail or refuse to comply with a lawful order, signal or direction of a peace officer.” By failing to immediately pull over, Lange’s conduct gave the officer probable cause to arrest him for these misdemeanor offenses.

Accordingly, the court concluded that the officer’s warrantless, “hot pursuit” entry onto Lange’s driveway and into his garage were lawful; it prevented Lange from frustrating the arrest which had been set in motion in a public place.

Oral argument at the US Supreme Court will occur in 2021.