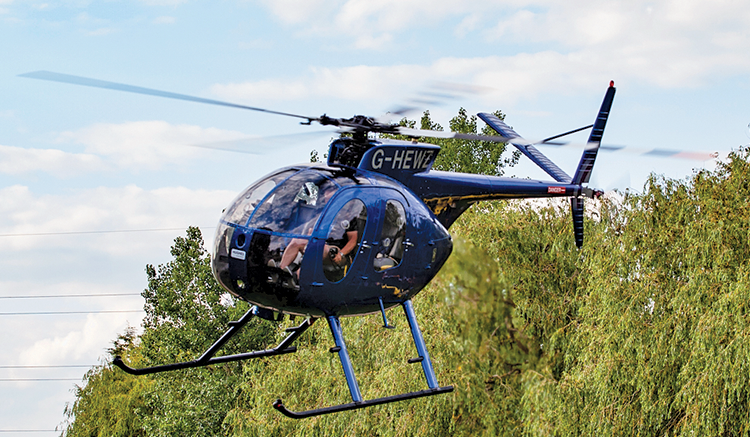 I can’t see that marriage lasting… In Antwerp, Belgium, a 24-year-old convicted drug smuggler hired a helicopter at Deurne airport, then hijacked the aircraft in mid-flight and forced the pilot to fly to Berkendaal women’s prison to free his 27-year-old wife. As inmates cheered and waved below, the pilot circled the prison yard, trying unsuccessfully to land, while the hijacker put his head out of the chopper to vomit, before giving up and flying off. Authorities arrested the man within 24 hours when they discovered he had used his real name to hire the helicopter. The accused man’s attorney said, “It seems the whole thing has been staged quite amateurishly.” (Planning is 90% of any operation. Not puking while implementing also helps.)

In this case, the term “criminal lawyer” is a little redundant… In Littleton, New Hampshire, a grand jury filed indictments against a 33-year-old woman who had been scheduled in court for three different cases involving drug possession and stalking. But, in order to avoid going to jail, she came up with a clever strategy.  She impersonated a prosecutor, using the court’s electronic system to file fake documents which included the dropping of charges against her. A state forensic officer noticed that the charges were dropped and wondered if a scheduled competency evaluation on the phony “lawyer” should proceed which in turn tipped off court officials. (That’s very embarrassing [for New Hampshire’s court system].)

His next stop was to pick up a coffee table… An armed robber in Happy Valley, Oregon, violated a cardinal rule: Keep your getaway vehicle as inconspicuous as possible. Police had received a call of a robbery at the local Ace Hardware® store. The suspect had pulled a gun on a store employee and then fled in a Mazda. But, for reasons unknown, that Mazda had a sofa strapped to its roof. Making matters worse was the fact that it was also raining at the time. Since a Mazda driving down the road with a couch strapped to the roof in the pouring rain is not commonly seen, police spotted our man quickly. After a brief pursuit, the thief was apprehended and placed under arrest. (With criminals like this running around town, it’s no wonder it’s called Happy Valley.)

It’s not the “arresting part” which prevents repeats…it’s the incarceration… A 37-year-old man from Jersey City, New Jersey, whose last name is “Crook,” managed to live up to his name on two occasions in the same day. In the first incident, Crook was seen loading “several blue and white striped bags” into a black SUV. A police lieutenant said the witness confronted Crook, prompting him to make a hasty departure. The SUV had been reported stolen and police also found Crook in possession of methamphetamine along with drug paraphernalia. He was arrested and released on bond. But, later in the same day, a lieutenant with the Fairfield Fire Department saw Crook walking around in a fire station and rummaging through firefighters’ property. He was arrested again and now has two bonds, each set at $25,000. (Being “double arrested” in one day and you’re still granted bail?)

A proud graduate of the Boss Hogg Driving Academy shows his stuff… A 26-year-old Michigan man was arrested after apparently jumping a Detroit drawbridge in “Dukes of Hazzard” fashion. The man was driving a Dodge sedan when he accelerated and attempted to cross the Fort Street Bridge as it was rising. “I looked. I said, ‘No, he ain’t,’ ” the drawbridge operator told reporters. “Over he went, blew out all four of his tires, and then he crashed into the other gate.” Authorities said the driver managed to get to the other side successfully before he “allegedly damaged the safety gates” and his own tires. He was uninjured following the jump and it’s not clear why he attempted it. (Four tires: $1,000. Fine: $1,000. A story you can tell for the rest of your life: Priceless.)

A new twist on the dog ate my homework… In Georgia, bodycam footage revealed a goat recently climbed into a sheriff’s deputy’s car, chewed on her paperwork and knocked her to the ground. The Douglas County Sheriff’s Office said the deputy was serving papers at a residence when she noticed a goat inside her patrol car. “The deputy explained that, due to the number of houses she visits daily, she routinely leaves her vehicle’s door open because she has had to retreat from vicious dogs.” Footage shows that, after finally getting the goat to exit the vehicle, the animal head-butted her, knocking her to the ground. The sheriff’s office reported the deputy was not physically injured in the incident. (This is just a scapegoat…)

Men around the world are currently ripping up their floorboards and putting holes in walls… An architect in Ames, New York, who has a passion for restoring old houses, learned that the century-old home he purchased had been built by a German baron who turned to bootlegging in the 1920s. Incredibly, the man found evidence within the walls of the original owner’s criminal behavior – dozens of bottles labeled Old Smuggler Gaelic Whisky. The man told one reporter, “We discovered multiple false walls and secret compartments under the floor in our mudroom. The foundation walls and floors in the mudroom are lined with intact cases of 1920s whiskey.” The architect said auction houses and collectors have contacted him, speculating that the value on some of the bottles might range between $500 and $1,200 each. (Now, there’s a man cave to die for.)