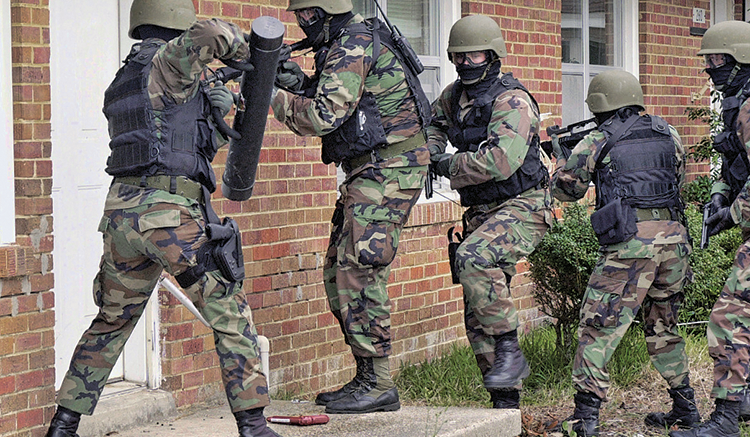 If you see anything wrong with my reasoning, please feel free to correct me.

I’ve been reading articles which claim that dynamic tactical entries are dangerous and outdated and that a more methodical “slice the pie/don’t enter until you’ve visually cleared almost all of the room” approach is the current standard. These posts are written by ex-Special Forces guys from both the US and allies, but they are preaching to law enforcement folks. While I don’t for a minute doubt the sincerity of these trainers, I have my doubts about the applicability of their reasoning to law enforcement in this country. I wonder if they aren’t trying to apply the lessons of overseas antiterrorist engagements to domestic LE raids.

I literally mean that I have doubts. I don’t know. However, I have great respect for the people making these arguments.

There are exceptions, of course, but here’s how I see the general picture:

Ballistic shields have both positive and negative attributes:

So, what am I missing? Why is a methodical slice the pie/don’t enter until you’ve visually cleared almost all of the room approach safer than a dynamic entry for most bread-and-butter LE raids?