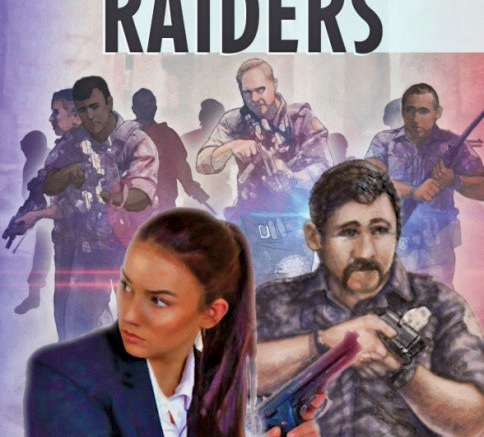 Newly available on Amazon books, Harlem Raiders is a hard-hitting, crime-fighting saga about a diverse narcotics team working in Harlem’s 32nd Precinct during the notorious 1970s and ’80s.

Based on a true story, NYPD Sergeant Peter Pranzo leads his narc team (nicknamed the “Harlem Raiders”) in one of New York City’s most notorious neighborhoods, ultimately achieving over 8000 gun and narcotics arrests during a seven year period. Working closely with a local female community leader, Pranzo and his team form an unlikely, yet highly effective, union. Over time, all persons involved are shadowed by a rogue, undercover federal agent who uses her skills to covertly protect them as they work together to defeat a trio of Mafioso families which have flooded their Harlem community with heroin.