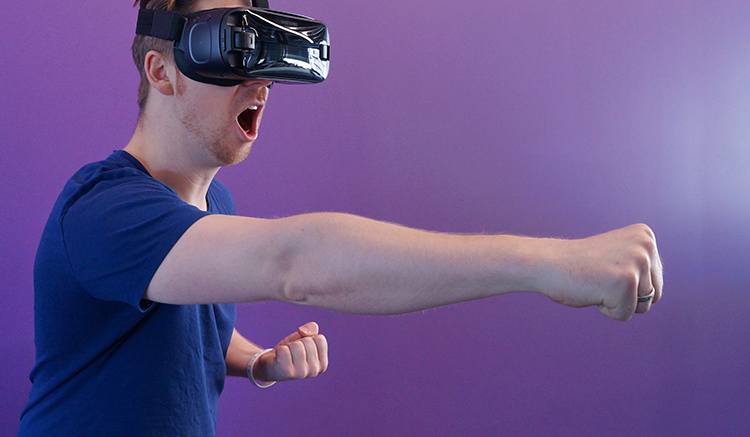 There has been a lot of press and a lot of research done on technologies which change our perspective of the world. Virtual reality is exploding all over. From entertainment to training NFL quarterbacks, from market research to design and manufacturing, new “reality” technologies are poised to change the way we accomplish many training goals in law enforcement. Whenever and wherever these technologies are utilized, people often describe the experience by stating things such as “It felt like I was actually there,” or “I felt like that person/object was actually in the room with me.” This is critically important because, when someone uses the word “feel” as a verb, he (or she) is describing the emotional component his (or her) experience provoked. This emotional component provides a much more real experience for that person. In terms of training our law enforcement personnel, the value of this cannot be understated. For example, anyone who ever been involved in any sort of “force on force” marking cartridge training understands how brilliantly this type of training evokes emotional responses and, as a result, a “real” experience.

Understanding this technology, its various types and applications, and the relative strengths and weaknesses of each in different applications is critical to providing effective training. We must first understand the tool before we can effectively use it. Otherwise, we run the risk of investing in technologies and content which might be counter to our training goals. In this article, the different types of “virtual” technologies will be defined. Once this is done, we can begin to see how each would apply to accomplish our training objectives the best. Finally, we can utilize this information to evaluate currently available hardware, software and content which fits the needs of our agency and our officers.

Often, the term “Virtual Reality” is used as a catch-all phrase to describe technologies which alter our perception of the world with some type of headset or glasses. In fact, there are many types and variations of “virtual” reality technology. For our purposes, we will focus on the three main types. These are Virtual Reality (VR), Augmented Reality (AR) and Mixed Reality (MR).

These represent similar, but distinct, applications of this technology. Understanding these differences is critically important when examining how these new “reality” technologies can, and will, impact law enforcement training. A very useful and succinct definition of each is provided by the Franklin Institute (https://tinyurl.com/wmt4vrt). It states “Virtual Reality (VR) implies a complete immersion experience [which] shuts out the physical world. Using VR devices such as HTC Vive, Oculus Rift or Google Cardboard, users can be transported into a number of real-world and imagined environments such as the middle of a squawking penguin colony or even the back of a dragon.”

“Augmented Reality (AR) adds digital elements to a live view, often by using the camera on a smartphone. Examples of augmented reality experiences include Snapchat lenses and the game Pokémon GO™.”

“In a Mixed Reality (MR) experience, which combines elements of both AR and VR, real-world and digital objects interact. Mixed reality technology is just now starting to take off with Microsoft’s HoloLens, one of the most notable early mixed reality apparatuses.”

Each of these technologies has certain training applications which have benefits and limitations which may make it better suited than another one for specific objectives in law enforcement training. Once this is understood, you will have a starting point from which to select the technology twhich best suits your agency and your training objectives. We will begin by looking at each technology in a little more detail and talking about what objectives each is best suited for and why.

Take a moment to read the VR definition once more.

VR is an “experience which shuts out the physical world.” In this technology, everything the user experiences is provided for him (or her) in the headset. The user does not see anything outside of the headset. Objects such as your hands in front of you holding a firearm can only be projected as graphic images since you cannot see your actual hands. The people and the environment around you can be either a video or part of the graphics.

Advantages of VR in LE Training

Disadvantages of VR in LE Training

AR allows the user to experience the real world while it is augmented with either video or graphical elements which aid the training objective. For example, you are still able to see and navigate the real world, or see your hands and firearm in front of you. AR allows you the ability to place anything or anyone in the training space with your officers such as a three-dimensional image of a patrol car, or a volumetric video of a bystander.

Advantages of AR in LE Training

Disadvantages of AR in LE Training

MR combines the best of both worlds and allows the user to experience the real world while interacting with virtual objects – be they video- or graphic-based. The potential training applications of MR are limitless.

Advantages of MR in LE Training

Disadvantages of MR in LE Training

Training Objectives Best Suited to Each

AXON currently produces VR training content utilizing the Oculus Go headset for crisis intervention training. I had the pleasure of viewing the 360° video of an encounter with a subject experiencing a mental health episode. One of the unique things about this was the ability to view the encounter not just from the officer’s perspective, but also from the perspective of the subject. By use of a hand controller, the participant can select options that then branch to a likely outcome of that decision. The immersion was very complete. Since this is a VR application, I was seated the entire time and, although I could look all around, I did not physically move through the virtual world.

This type of training application is great for a variety of situations in order to expose the trainee to a variety of subjects. For example, imagine a VR training which displayed what a firearms instructor sees when firing his (or her) pistol. You would be able to see a clear front sight picture, how the recoil of the pistol was managed, malfunctions clearances, etc. – all from the perspective of the instructor. You would then have the experience of what it all should look like before doing it yourself. It isn’t hard to imagine other topics which would be accomplished via VR.

Ti Training is currently using the RealMax headset to provide an AR experience in conjunction with its simulation systems. Everything from a full-size patrol car to a volumetric video of a bystander who is filming you on a mobile phone can appear in the training room in front of the video simulation. The trainee can not only still see the scenario, but they can see everything else in the real world including the other trainees, their own hands and pistol in front of them, etc. Very soon, Ti will add Mixed Reality (MR) into these training evolutions. The untethered RealMax headset supports not only both AR and MR, but a simple magnetic shield turns the headset into a VR platform as well. Pitch, yaw, and roll in addition to the physical location of the headsets can also be tracked for debriefing.

Current MR applications include sharing real-world visual workspaces by combining multiple mixed reality headsets into a space where team members can share a virtual world overlaid on the real world. An example would be a sales rep who could work with a client to show their product catalog while they are both at the client’s desk.

Another application of MR is to either train or support customers by using this technology from a remote location. Since this reality can be “shared,” the instructor could show the student what is important in the student’s headset in real time.

The costs of the hardware for this technology can vary widely, from a few hundred dollars to several thousand dollars. The specific cost for each form of these technologies is usually dependent on both the functionality, capability and potential of the hardware itself as well as the software which is required.

What It Means for LE Training

Our law enforcement professionals live and work in the physical world. A training methodology which “shuts out” the physical world can be a recipe for disaster for most training objectives. For example, how can you possibly see your gun in front of your face if it is purposely “shut out”? Training has to be as real as possible in an environment which most closely matches the way our officers work – from movement in relation to subjects, objects, and other officers to kinesthetic awareness of potential threat areas, avenues of escape, avenues of retreat, paths to cover, etc. These all demand a connection to the physical world.

In truth, AR and MR are better paths to effective law enforcement training in most cases. By adding digital elements to the real world, AR and eventually MR will make training which was never possible before available to law enforcement. As this technology continues to develop, there will be more realistic, more repeatable, more accurate, more valuable, and more “real” training available to our officers than ever before.