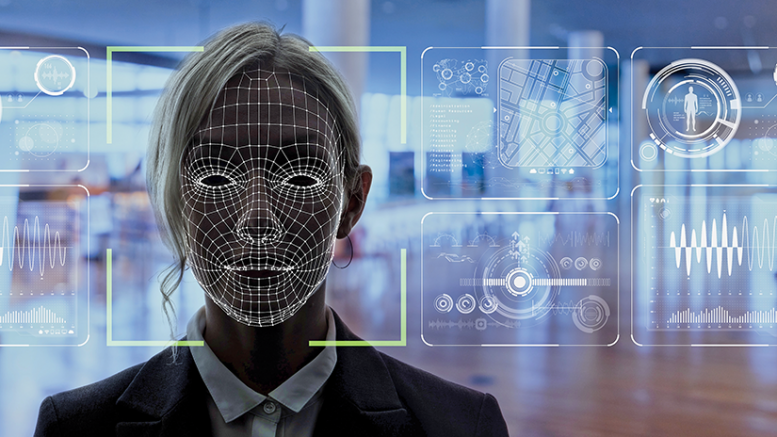 Facial recognition is considered to be the most natural of all biometric measurements by virtue of individuals being recognized not by scanning their fingerprints or eyes, but by looking at their face.

Facial recognition could become the future investigative and surveillance tool of choice by law enforcement because it is much more accurate than the human eye in recognizing faces. It is also easy to implement; verification and/or identification of faces can be very fast; and, unlike other biometric techniques like fingerprints and DNA, physical contact with an individual is not required. Like any new technology involving surveillance and identification of people, facial recognition presents serious privacy issues for law enforcement, namely, with respect to Fourth Amendment rights which will require rules and laws for its use.

Where We Are Today

Facial recognition technology can pick out a particular face in a crowd; extract the face from the remainder of the scene; and compare it to a database of stored images, such as in a mug shot notebook, an FBI database or a department of motor vehicle’s database. Today, images for comparison can come from a plethora of sources – surveillance cameras, cell phone cameras and even body cameras worn by police officers. Facial recognition software recognizes a face and then measures its various features like spacing of eyes, width of the nose, depth of the eye sockets, shape of the cheekbones, contour of lips, length of the jawline, as well as scars, moles and tattoos. The measurements of these so-called nodal points create a numerical code, called a faceprint – much like a fingerprint, but substantially more complicated.

This faceprint can be used to either identify or authenticate a particular person. Identification answers the question, “Who are you?” Authentication answers the question, “Are you really who you say you are?” In authentication, an image is matched to only one image in the database or 1:1. For example, an image taken of a subject may be matched to an image in the DMV database to verify the subject is who he says he is. Or, it can be as simple as a person turning on a cell phone by looking at it. For identification, the image is compared to all images in the database or 1:N and results in several possibilities ranked according to the probability of a match between the unknown person and faces in the database.

Erroneous facial recognition results can have a devastating effect if used solely to implicate innocent people in crimes they have not committed. Current face recognition technology still has difficulty in recognizing African-Americans and other darker skin minorities, as well as women and young people.

Varying lighting conditions also continue to be a problem for many facial recognition systems, as are low resolution images and less than optimal viewing angles. Because faces change over time, unlike fingerprints or DNA, software can produce incorrect results by changes in hairstyle, facial hair, body weight, eyeglasses or sunglasses, and the effects of aging. Facial recognition performs less effectively as the number of people in the database increases since many more people look similar to each other. Fortunately, according to a recent NIST (National Institute of Standards and Technology) report, great gains in accuracy of facial recognition have been made in the last five years, and even greater improvements are expected in the future.

Due to these current deficiencies, San Francisco was the first city to ban the use of facial recognition technology by its government agencies; Oakland, CA, and Somerville, MA, have followed suit. The California State Senate is also considering legislation which would ban law enforcement’s use of facial and biometric scanners statewide in police body cameras.

While face recognition technology may not yet be ready for use in positive identification where a false positive ID can put an innocent behind bars, it has been useful in investigations when used in conjunction with other evidence. For example, facial recognition can contribute to establishing probable cause for the arrest of suspects.

Federal legislators are grappling with facial recognition, as agencies such as Immigration and Customs Enforcement and the FBI are using the technology in its investigations. Civil rights advocates, like the ACLU and the Electronic Frontier Foundation, along with many Democratic representatives, want an outright ban on the technology, saying “Americans don’t expect – and certainly don’t consent – to be surveilled just because they get a license or ID card.”  Proponents of facial recognition point out the protection benefits of this powerful identification and recognition tool, and say “participation in society necessarily exposes one’s images in public spaces.”

The federal government has invested approximately one billion dollars in the FBI’s Next Generation Identification (NGI) system database. A component of NGI’s Interstate Photo System includes facial recognition and search capabilities in a photo database, consisting of photographs from different sources, including criminal mug shots and noncriminal sources like employment records and background check databases. When the FBI released NGI, it issued a caveat that the system was to be used for investigatory purposes only and it could not serve as the sole basis for an arrest.

Axon, the largest US manufacturer of body cameras, has a self-imposed moratorium on adding software which could allow officers to identify people in real time based on their faces. The technology also could lead to expanded government surveillance and overzealous law enforcement activity due to function creep. Axon does leave open the possibility that it may include facial recognition in body cams in the future when its accuracy has been proven. Likewise, governments should keep the door open rather than issuing bans which may be irreversible.

An example of an improvement includes the ability to handle 3-D images. Previously, to make accurate matches with 2-D images, faces had to be looking almost directly at the camera, and there could be little difference in lighting or facial expression between the captured image and the image in the database. Now, facial recognition software can capture 3-D images of a facial surface rigid tissue and bone, such as the curves of the eye socket, nose and chin, to identify the subject. These areas are all unique and don’t change over time. Using depth and an axis of measurement which is not affected by lighting, 3-D facial recognition can even be made in darkness and can recognize a subject at different view angles with the potential to recognize up to a profile shot. Faces have the potential to be recognized at up to 90 degrees compared to 2-D imagery when the head must be turned at least 35 degrees toward the camera to be effective.

When facial recognition technology alone cannot verify or identify an image, other methods such as skin biometrics based on the uniqueness of skin texture can improve recognition accuracy. These enhanced techniques are relatively insensitive to changes in expression, including blinking, frowning or smiling, and have the ability to compensate for mustaches, beards and eyeglasses. Advanced FR technology can also eliminate race and gender bias. Research is also underway on real-time emotion recognition which is the process of mapping facial expressions to identify emotions such as disgust, joy, anger, surprise, fear, or sadness. Emotion recognition, combined with face recognition, could not only potentially identify a person, but maybe help discern any negative intentions.

Stay tuned to the advances in facial recognition technology and its future application in law enforcement. Hopefully, these will not be hindered by overzealous advocates of privacy rights.