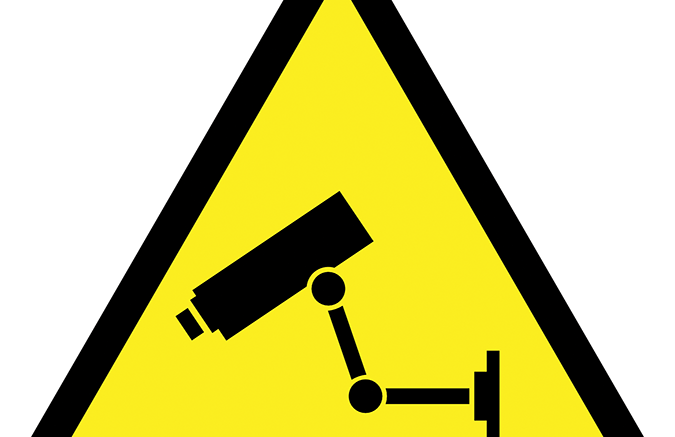 Technology available to fight crime and guard against terrorism and other dangers brings challenges to the expectation of privacy and protection against unreasonable searches and seizures.

Data collected by Automated License Plate Recognition (ALPR) systems can enhance law enforcement’s ability to investigate crimes and enforce the law.  However, at times, it also raises concerns that the information collected may be inaccurate; placed into databases shared without restrictions; retained longer than necessary; or used and abused in other ways.

ALPRs are video cameras which capture computer-readable images of license plates, as well as vehicle location, time, date, and sometimes other information. Though not officially collected by law enforcement, ALPRs can now detect color, make and body type, dents, and specific bumper stickers.

ALPR cameras can be attached to freeway exit ramps, telephone poles and traffic lights. The license plate readers can also be installed on police vehicles; for instance, one pointing to each side and one facing backwards to capture license plate data. Some ALPR cameras work with automated red light cameras or speed enforcement systems. The latest camera technology can capture about 2,000 license plates a minute on vehicles traveling up to 120 mph.

Along with identifying drivers who run red lights or are speeding, ALPRs are being utilized for many more law enforcement applications. These range from locating fleeing criminals and recovering stolen vehicles to finding missing persons and individuals with outstanding felony warrants. While some police departments are only using ALPR for felony investigations, others are using this technology for lesser infractions such as suspended licenses, vandalism and even failure to pay fines. ALPR data has even helped exonerate people accused of crimes or have provided suspects with confirmed alibis.

ALPR cameras installed on police cars or at fixed locations can read plates and, if a license plate is on a hot list, the associated software can alert a police dispatcher with a photo of the plate and its location. Usually, a human dispatcher verifies that the plate is on a wanted list. If confirmed, a police unit is dispatched. In other cases, the license plate information is sent directly to mobile data terminals in police vehicles.

OpenALPR is an ALPR library written in C++ (a general-purpose programming language) which is available in both a commercial and open-source version. OpenALPR provides free basic ALPR services, plus software options with more features and longer data retention times, for no more than $79 per camera, per month. Anyone who downloads this software can turn an Internet connected camera into an ALPR which can potentially monitor traffic across a four lane highway. OpenALPR software is being used in over 9,000 cameras in 70 countries, an almost 3000% increase over a two year period. About half of the users are law enforcement; private citizens and organizations make up the remainder.

The proliferation of ALPR technology by law enforcement has resulted in intense public interest and, in many cases, litigation by privacy advocacy groups like the American Civil Liberties Union (ACLU) and the Electronic Frontier Foundation (EFF). These organizations argue that license plate readers gather excessive sensitive information about citizens who have not committed any crimes. Additionally, it’s not always clear with whom the data is being shared, how it is being used, and how long it is retained.

Many privacy advocates do not oppose using the technology for active investigations; however, their argument is that, by maintaining a database of license plate locations for months, or years, doing so provides too much opportunity for abuse by law enforcement and others. The EFF has described ALPR technology as “a form of mass surveillance.”

Advocates for ALPR surveillance point out license plates are essentially public documents. ALPR is like a patrol officer driving down a street, writing down license numbers and then comparing them against a hot list. ALPRs simply speed up the process. Because license plates are public and you are not required to have one (by choosing to not own/operate a motor vehicle), ALPR is a lesser invasion of privacy than other surveillance systems such as facial recognition. The bottom line: The power of ALPRs for law enforcement outweigh the invasion of privacy and Fourth Amendment issues.

The concern over ALPR technology has less to do with reading errors than with its potential misuse. Studies show a minuscule number (somewhere around 0.3 to 0.5 percent) of the plates captured were on vehicles not associated with a crime. This means ALPRs are not just collecting data on suspects’ vehicles, but they are collecting data on everyone and storing it.

Examples of potential misuse cited include tracking drivers who attend political events, go to gun shows, visit abortion clinics, or frequent mosques. Also, rogue law enforcement personnel have used ALPR to stalk people; to look up women (or men) whom they find attractive; or to track a cheating spouse.

Officers (and others) can log onto a license plate database to get information on a vehicle’s whereabouts, and then log in separately into a state’s DMV database to discover the vehicle’s owner. Some privacy advocates argue that no one should be able to query an ALPR database without a warrant.

Additionally, there is the matter of how long ALPR data is retained. While some municipalities have policies to only retain license plate data for six or 12 months, other law enforcement agencies do not have retention policies at all. Currently, 16 states have official statutes regarding ALPR use and/or data retention; however, this is increasing as ALPRs see greater use. Nine states have passed laws limiting how long the police can maintain the data, ranging from three minutes in New Hampshire to three years in Colorado.

Long retention times can potentially lead to innocent people being stopped, or even arrested, if the vehicle they are driving has not been updated in ALPR databases. There have been some instances when people have been stopped and handcuffed because they were driving a rental car which had been stolen, but its status was not reported/updated after the vehicle was recovered.

Another potential problem is when ALPR databases are maintained by non-law enforcement organizations which are not regulated.

ALPRs make it easier for police departments to enforce laws they previously overlooked because of a lack of resources. This technology not only makes it easier to investigate serious crimes, but also petty crimes like shoplifting, credit card fraud and misdemeanors. To reduce the potential for abusing ALPR, advocates suggest purging the scans which do not generate a match on the hot list immediately, or at least after a few days.

Significantly less expensive ALPR systems mean they are readily available for civilian applications. For example, private ALPR databases are being used by insurance companies, banks, “repo men,” and credit reporting agencies. Schools can use ALPRs to control access to campuses. Casinos can access databases to alert police when criminals or banned individuals come onto their properties. Automotive dealerships, upscale hotels, resorts, and airports are using ALPRs as a concierge service to provide alerts when VIP customers arrive. Landlords and HOAs (Homeowner Associations) are using ALPR data for security and landlord-tenant issues. ALPRs could be used to prevent workplace violence by warning when the vehicle of a disgruntled employee, who may have been fired, shows up.

Unlike law enforcement users of ALPR, private entities are not subject to constitutional protections against unlawful search and seizure, or racial profiling. Civilian users are not overseen by review boards or internal affairs departments. They are free from data retention limits, FOIA (Freedom of Information Act) requests or other forms of public oversight. Even in jurisdictions like California, where anyone who uses ALPR is required to have a policy online, these policies might be on Web sites, but are actually not implemented or poorly enforced.