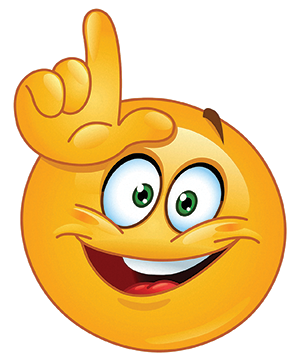 Hilariously appropriate… After a string of thefts at Walmart® stores in Murrieta, California, store security personnel spotted a suspicious car in the parking lot which matched the description of a vehicle seen during recent thefts and called the police. Police officers noticed the car had two different license plates and neither matched the information on the vehicle. The driver consented to a search of the car and police found drug paraphernalia and a set of burglary tools inside. In addition, the man was identified by an employee as the suspect in a previous burglary at that location. He was arrested and charged with possession of drug paraphernalia, possession of a controlled substance, commercial burglary, grand theft, and possession of stolen property. Oh, and, by the way, the man’s last name is Loser. (He comes from a long line of Losers!)

This is the first time the body shop ever had to use a chain saw… In Roselle, Illinois, a driver reported to police that he had just seen a car being driven down the road with a 15 foot tree stuck in its front grille. Officers caught up with the female driver of the car and, sure enough, there was a tree stuck in the front of the car. Further investigation revealed that the car’s air bags had also been deployed. The driver said she remembered hitting the tree, but couldn’t remember where or when. She was given a field sobriety test and, not surprisingly, she failed. She was then charged with DUI, but, since they couldn’t determine where the tree came from, they couldn’t charge her with destruction of public or private property. (Some people drive their car around with a body in the trunk. She drives her car around with a trunk in the body.)

Did his fortune-teller tell him to expect an extended, all expenses paid stay in a five-star establishment?… The head of a southwestern Michigan mental health agency will serve at least 32 months in prison for using public money to hire a fortune-teller. The former head was sentenced by a Lansing area judge two months after pleading guilty to embezzlement and fraud conspiracy. He was the CEO at Summit Pointe, a mental health organization which serves people in five counties. He was accused of spending $510,000 on a palm reader in Key West, Florida, and concealing it from others. The attorney general’s office says he will pay double that amount as restitution and a civil penalty. (It seems he may have been better suited as a patient rather than a CEO!)

Here’s proof that the world is madeup of protons, neutrons, electrons and morons… A Texas police department said a hoax Facebook post about meth and heroin contaminated with Ebola was meant to be “humorous,” but one suspected meth user missed the joke. The Granite Shoals Police Department posted a laughable Facebook warning that local supplies of methamphetamine and heroin were contaminated with Ebola. “If you have recently purchased meth or heroin in Central Texas, please take it to the local police or sheriff’s department so it can be screened with a special device. DO NOT use it until it has been properly checked for possible Ebola contamination! Contact any Granite Shoals PD officer for testing,” the post read. At least one person “didn’t get the memo.” Police said a woman contacted them after suspecting that her meth could be contaminated with Ebola. “Our officers gladly took the item for further testing,” the post read. She was arrested on drug charges. (I need to contact this woman – I have a great time-share condo in Syria she might be interested in buying.)

These guys need to be cast as the leading characters in a sequel to Dumb and Dumber… In Massachusetts, two men were arrested for drunk driving in the same car, as each man took turns driving and crashing the car, according to police. The men, 43 and 46, were both charged with drunk driving after police say they were involved in a series of crashes. Police first got a 911 call reporting that the two men had driven their sedan onto a sidewalk and struck a sign posted near a series of pubs and restaurants. The pair was then recorded on surveillance cameras pulling the car over and switching seats before they continued to drive and struck a parked car. The dynamic duo briefly pulled over after being spotted by a police sergeant, but then put the car into reverse, striking the officer’s police cruiser. “It was kind of comical,” said a police spokesman. “It was the first time in my 31 years that I’ve seen two people get arrested for drunk driving in the same car.” (If these guys were any dumber, you’d have to water them twice a week!)