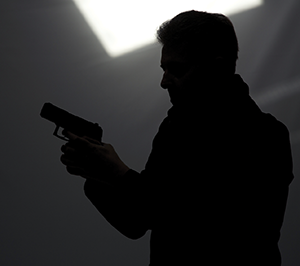 Confrontations in which officers do not recognize others as police occur more often than most realize.

As if the stress, confusion and general chaos which will probably define the environment immediately after you either use your weapon to defend yourself or your family or intervene in a situation, there is a very real danger – very, very real – of you being mistaken for a perp yourself by the responding on duty officers – and shot as a result. Here’s some tips for interacting with the on duty troops appropriately and safely.

All of the above advice is for a situation in which you had to respond to a threat to yourself or another innocent. But, there’s another way that off duty cops have been mistakenly killed by on duty officers and that’s when an off duty officer intervenes in a situation that on duty police are handling. Usually, the on duty troops are in the middle of a bad situation – a felony arrest with drawn guns, subduing a violently resisting perp, or some other action in which the off duty cop feels the understandable urge to help out his/her fellow officers. What happens is that the off duty cop draws his weapon and rushes in to assist. The on duty cops understandably mistake him/her for a bad guy coming at them with a gun and they shoot. This has happened too often with tragic results. Even if you know the on duty cops involved, don’t expect them to recognize you – all they will see is your drawn gun in the stress of the thing.

How do you handle this? There isn’t a really good answer, unfortunately, but the best approach is twofold. 1) Stop, take a breath and analyze what’s going on. Do you really need to get involved or are your instincts just kicking in? 2) If you need to get involved, keep your gun holstered. Verbally identify yourself (you’ll be yelling) and get acknowledgement from the officers involved that they understand you are a cop. Does this run counter to your instincts? Does it take a great deal of self-control? Yes…and yes.

Finally, how do you prepare for these situations? Hopefully, your agency (maybe your union or association) will run some scenario training based on these kinds of off duty encounters. If so, you are lucky. Short of that, mental visualization is your best tool. There is a reason visualization is an often practiced technique of world-class athletes.

Ralph Mroz was a police officer (part-time) in Massachusetts for 20 years, seven of which he was assigned to his county’s drug task force. He has taught at a number of national, regional and international law enforcement conferences. His blog can be read at https://thestreetstandards.wordpress.com/.