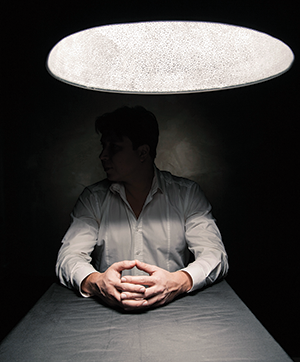 Just when you didn’t think another punch or kick was coming, here it comes, late – after the whistle – and even from someone who was on your side.

I’m talking about James L. Trainum’s new book, How the Police Generate False Confessions: An Inside Look at the Interrogation Room (Rowman and Littlefield). There’s so much to say about the timing, the title and the tone of the arrival of this book, but let me preface my comments with a disclaimer: I haven’t read it. I love to read and I enjoy reading anything I can get my hands on that is a nonfiction treatment of a criminal justice or military history topic. Yeah, I’m a first-class nerd, but I haven’t read this one, so I am going to temper my comments. What I’ve read is a Publisher’s Weekly (PW) review of Trainum’s work. Still, a lot about the publication of this book rubs me the wrong way.

I spent nearly 22 years in homicide as an investigator and I taught Interviews and Interrogations in the police academy to both trainees and in-service investigators. I attended the Reid School of Interview and Interrogation, as well as the Kinesics Interview Technique seminar, and I learned the ropes with some of the best investigators who ever stepped into an interview room. I’ve interviewed hundreds of suspects and witnesses in major cases. None of those things make me any better, or smarter, than James L. Trainum, a man I have never met. Nor do any of those things even make me an expert (something Trainum is, legally, as he has been certified as one in court, according to his dossier). But, those things do give me license to make a few observations, a few comments and a few concerns.

The title itself – taken in the context of today’s social and political atmosphere – is a kick in the nuts to a downed man. This book could not have come at a worse time. Well, for Mr. Trainum, maybe, it couldn’t have come at a better time. Look carefully at how the words are put together: How “the” Police…. What does the public see? ALL police. An Inside Look at “the Interrogation Room.” What interrogation room? ALL interrogation rooms. It fits right in, doesn’t it? Which police are brutal and racist? You idiot – where have you been?? ALL of them are! Now, we have confirmation of just how widespread police abuse is, don’t we? This would have been like publishing The Truth about Badly Built Oil Platforms just after the BP disaster.

Mr. Trainum’s background seems noble and respectable – a veteran DC investigator who worked on cold cases and now consults on police matters – and this book, described as “groundbreaking” by PW, presumably broke ground deep enough to strike gold for him and his business. Good for him. This is America, where you can write a book on any subject you please and, if Trainum ever reads this column, he should be happy because, if you are a writer, there really is no such thing as bad publicity.

PW goes on to say some other things about the content of this book. “Most people believe that they would never confess to a crime they did not do” is the author’s words in an excerpt, “Yet, suspects, witnesses and informants often feel they have no other option.” Really? Often? What exactly does that mean? Because I have interviewed possibly over 1000 people in my career (maybe more) and I have only once come across such a scenario and it had nothing to do with anything I did or said. It was a 17-yearold gang member who confessed to a shooting to cover for his senior gang brother who actually did the shooting. We finally got the right guy and freed the 17-year-old. I have never encountered one of my witnesses, suspects or informants confessing to something they did not do  and I’ve never had one of my cases get overturned on appeal for any such claim. I worked with dozens of detectives and never heard of one of their cases getting overturned for a false confession, either. So, how often, in numbers, is “often”?

Let me stop here. Yes, I completely acknowledge that coerced, threatened confessions have existed and still do (in less numbers than “back in the day”). Yes, there are cops who are brutal, who are corrupt, and who will bend and break rules to get confessions. But, the book and the author call for “reform.” Reform? That reform happened in 1967, my friends, with a little case called Miranda vs. Arizona. That confession was coerced. It was taken from a man who knew little English and who knew nothing about his Constitutional rights. Ernesto Miranda was a victim – in a long string of victims – of brutal and unscrupulous cops who had been getting away with violating people’s Fifth Amendment protections for decades and the Supreme Court decided that enough was enough. They were not just going to make an example; they were going to forever change the way police do business. They created the “Miranda Warnings” and insisted that police must now read these warnings to everyone who was in custody and being interrogated. They went beyond that – if someone did want to confess, they had to express so and that it had to be a “knowing and intelligent” waiver of Miranda, subject to the scrutiny of a suppression hearing. Talk about reform! No study, no research, no realms of empirical data or public polls needed to be gathered. The nine Justices had already done it and it was decided.

Now, did all the police in the nation suddenly behave? Of course, they didn’t, but this changed the playing field entirely. It created a new aspect of investigation which prosecutors were now going to expect and insist upon. It created a new avenue of training and, soon, all police departments mandated that officers were trained in Miranda and carried with them a Miranda warning card. Little by little, year by year, things go better for the American defendant. You can go to the DOJ and write up volumes of proposals and recommendations, but you’ll never impact the justice system the way the Supreme Court did when they wrote the opinion in Miranda.

False confessions? Short of those elicited by torture or, if the subject is mentally ill, they’re about as common as unicorns. Ask yourself if you can be tricked into confessing to a murder you simply had no part of? I know I can’t. You can get me as tired and confused as you want. I’ll still know my name, my address and whether or not I killed anyone. People aren’t tricked into confessing to serious crimes. You want to talk about lesser crimes, like shoplifting or, even, burglary, and have a prosecutor promise the world to someone to convince them that they might get railroaded by a bad jury if they don’t confess? Maybe that happens from time to time, but major crimes? Put yourself in the interrogation chair. If you’re mentally stable and not being tortured, you’re not confessing to something which  is going to put you in prison for life or get you the needle. James Trainum knows it, too.

The PW review ends with some honest words and this, in my cynical opinion, explains the entire reason for this book’s arrival at this time in history. It says, “His book will hit a nerve with a public newly concerned with abuses of police power…”

Thank you, PW, you may step down. No further questions, Your Honor.