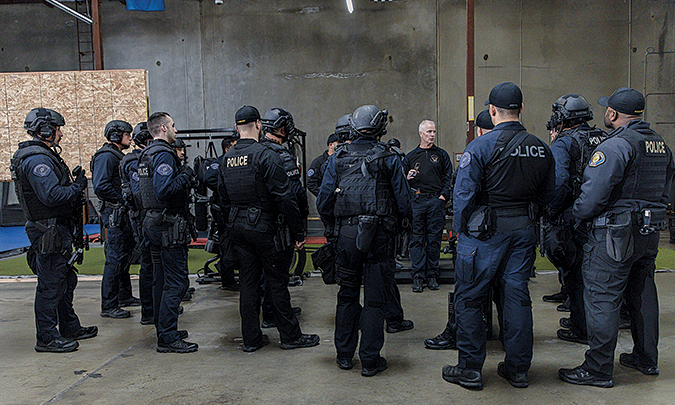 The question of what creates elite performance in a team is a frequent topic for discussion in both law enforcement training and textbooks.

The strategies and approaches for creating elite performance are myriad as are the number of “leadership gurus” who, for a price, will teach you their foolproof method for forging a high performing team. Yet, somehow, despite this abundance of information, poor leadership continues to occur and we continue to see catastrophic failures during critical events rather than high performance. What is it that separates success and failure? What makes elite teams perform at such a high level in complicated and demanding environments? The answer is one word: culture.

For the past four decades, I have had the privilege of working with, and serving, some of the most elite tactical units in the world. As the CEO of a business which focuses on the protection of tactical operators, I have had the gift of a ringside seat to observe what makes elite units so unique. Strikingly, the most interesting observation I have made is that, despite being located all over the world, coming from a variety of origins, and operating under divergent mission sets, all elite units I have worked with have a similar culture which resolves around a set of five core practices: intentionality of culture, individual accountability, direct communication, rigorous enforcement of high standards, and obsessive attention to fundamentals. These practices facilitate the unit culture which then drives the elite performance.

Culture is like a reputation; you have one whether you want it or not and, if you are not paying attention to it, it’s probably not a good one. Culture drives the limits of personal behavior and, for elite units, culture is a very intentional thing. Nothing is left to chance. Cultural rules are deliberate, are usually written, are taught to everyone, and are enshrined into unit traditions. These traditions indoctrinate new members to the unit’s rules; they remind members of their responsibilities to each other and to the unit; and they provide a standard against which members can measure themselves. The celebration and veneration of unit heroes create role models for new members and serve to ensure that everyone in the organization is educated about what it means to be a part of the team. To an outsider, the mission statements, unit mottos, logos, challenge coins, etc. which are common in elite units may seem superficial. But, they are anything but superficial. They are cultural icons which quietly and steadfastly share the gospel of the unit and establish the values against which everyone will be measured.

A team is no greater than the sum of its parts. To achieve high performance, elite units focus on individual performance first. During an operation, each member of the team must deliver 100% of their capabilities. This means that they must be fit, mentally clear, well trained, and maintain an extremely high level of skills across a very wide swath of disciplines. Core to achieving this is a culture of individual accountability. Every single person is responsible for himself/herself and for meeting the requirements of his/her job. This is a responsibility not only to oneself, but to every man and woman he/she works with, as well as to the unit as a whole. Each member is expected to conduct himself/herself as a professional and to constantly strive toward excellence. Moreover, members are personally accountable to one another for their actions.

As a result of individual accountability (or perhaps an enabler of it), virtually all elite units have communication which is direct, unvarnished and driven by a culture of saying exactly what you are thinking. This does not mean that it’s okay to be rude or abusive (although there is plenty of that recreationally), just direct and candid. In other words, their culture allows members to challenge one another in a direct way without being considered rude. Although much of this is accomplished through indirect social pressure (e.g., “Hey, Becker, are you getting fat?” or “Wow, you really shot bad today, huh, buddy?”), it is also perfectly acceptable to directly challenge one another on their thinking, behavior, skills, etc. This even carries over to the team’s self-assessments. The after-action debrief which follows an operation is a no-holds-barred event for most units when movement patterns and tactics are agonized over in relentless pursuit of improvement. Being professional takes priority over being nice. This is the land of “brutal honesty” and it has to be – their lives directly depend on each other. Proper social graces and mediocrity can often run hand-in-hand. Being too concerned about each other’s feelings or how to express oneself can prevent accountability. If preserving egos becomes the primary concern, it becomes very easy to ignore people’s negative behavior, failing to meet standards, or their inattention to detail which ultimately may lead to tragedy.

A common trait among all elite performers is an obsessive attention to fundamental details. There are myriad stories about Michael Jordan shooting thousands of free throws, working on shot fundamentals and binge-watching game films. The same is true with elite tactical units. Small details are essential to elite performance. Good technique forms the basis for skills and skills form the basis for tactics. Elite units know this and spend a great deal of time working on them. The amount of time elite units spend working on fundamental shooting skills, basic tactical movement and other perishable skills would surprise most people. While it is very easy to think that the best of the best spend their time working on only super difficult and high-end skills, nothing could be further from the truth. They drill the basics obsessively and, as a result, acquire fundamental skills which are second to none. Interestingly, this is often not the case for less elite performers who sometime chase higher end gains while overlooking the low hanging fruit of consistency and technical proficiency.

Whether it is the US Navy SEALs BUD/s Program, the FBI-HRT Selection, or the LAPD SWAT school, elite units pride themselves on using difficult processes with very high standards for those who will join the unit. By running difficult selection processes, they are able to weed out those who are unfit for the unit, ensure individual commitment, indoctrinate members to the culture, and prepare future members for what they can expect. Interestingly, for these units, these high standards don’t stop with selection. Rather, they continue on to all phases of training and to all members of the unit in perpetuity. While the selection processes may be intentionally more physically or emotionally demanding, the standards for normal unit operations like the shooting standards, physical fitness standards and personal codes of conduct are equally rigorous. More importantly, they are rigidly enforced on all members, regardless of seniority or experience. As a result, even among the most elite operators, failing to make a qualifying score on a shooting test will remove them from duty status. Taking dangerous chances or conducting themselves inappropriately will get them removed from their assignments or even the unit. Seniority and experience are not a defense used to mask incompetence or to tolerate unprofessionalism. High standards are essential to elite performance and you cannot achieve high performance without rigorously enforcing the rules.

Elite units are high performers because of the practices of their members. These practices drive their collective behavior and establish the ground rules for being a member of their organization. In other words, the practices facilitate the unit culture which then drives the performance. While this is far from an exhaustive list, application of just these five practices can almost certainly improve the performance of any organization or team.

Jon Becker is the Founder/CEO of AARDVARK Tactical and the creator of Project7 Armor. He is also the host of the podcast, The Debrief with Jon Becker. Mr. Becker has over 35 years of experience equipping and training tactical units ranging from municipal and county law enforcement agencies to federal, military and international counterterrorism teams. He can be reached at jbecker@aardvarktactical.com or by visiting thedebrief.live.