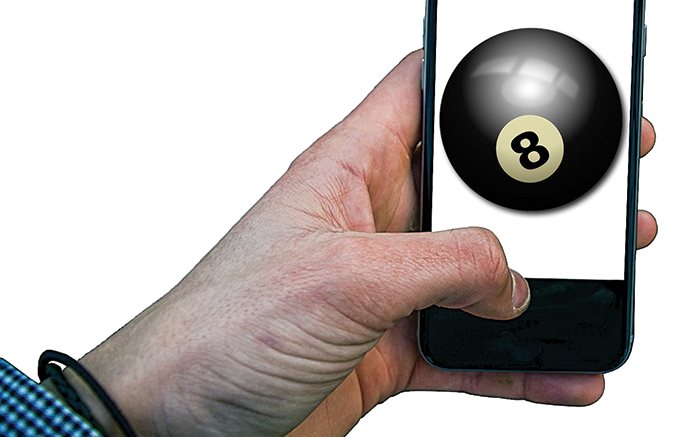 He needs to rethink his mass marketing strategy… An 18-year-old suspected drug dealer in Florida was arrested after asking a county commissioner if he wanted to buy cocaine in a “random text message.” The Flagler County Commissioner alerted the sheriff’s office that he received a text from someone offering to sell him an “eight ball” of cocaine. Detectives took screenshots of the text conversation between him and the suspect, then traced his number. The Commissioner kept in touch with the accused and arranged an in-person meeting. The man was arrested without incident after walking up to the undercover detective’s vehicle to make the sale. He was also found in possession of a bag filled with 3.17 grams of fentanyl. (The suspect also said that he doesn’t use cocaine, he just likes the way it smells.)

Man arrested for fishing without a license… A 27-year-old man from Snohomish County, Washington, has been enjoying a lot of fishing lately – but he was not casting with a traditional rod and reel. Instead, he had been using a rodent glue trap attached to a fishing line to take money out of night deposit boxes around the area. “This particular method is pretty unique; we haven’t seen that one before,” said the chief of the Stanwood Police Department. “He was only successful a few of the times out of the many times he tried at area banks,” said the chief. He faces 13 counts of burglary in the second degree. (His glue trap managed to catch one large rat – himself.)

Don’t make me come back there!… A Southwest Airlines pilot told passengers that their “vacation is going to be ruined” if they don’t stop AirDropping nude images on the plane. Piloting a plane to Cabo San Lucas, he made it clear that he would turn the plane around. “So, here’s the deal,” the pilot said over the intercom. “If this continues while we’re on the ground, I’m going to have to pull back to the gate, everybody’s going to have to get off, we’re going to have to get security involved, and [your] vacation is going to be ruined…whatever that AirDrop thing is – quit sending naked pictures, let’s get yourself to Cabo,” he continued. The incident reportedly happened when a passenger received the explicit image and complained to a flight attendant. Cyberflashing is already considered a misdemeanor in Texas. (The pilot sounds like every dad about to go on a trip where there will be no stops for peeing or snacks.)

Easiest annulment ever!… A Florida couple’s honeymoon was cut short this summer after the 34-year-old husband allegedly left his new wife to solicit a prostitute. The man was among the 176 people arrested following a months-long operation in Hillsborough County. While on his honeymoon, on the same day he was married, he responded to an ad from an undercover detective posing as a prostitute. He then left his wife at their hotel and went to the undercover location where he was arrested. The investigation focused on men soliciting adult prostitutes and also those looking for sex with underage victims. (Men are like parking spaces – the good ones are taken and the rest are handicapped.)

“We’re not going to put up with any more of your monkey business!”… The San Luis Obispo County Sheriff’s Office recently responded to abuse of 911. It turned out that someone at a zoo called police after it found the zoo’s cellphone and dialed 911. And, when dispatchers attempted to call the number back, nobody picked up. Deputies were dispatched to the cellphone’s location to determine if assistance was required and discovered that it was a local zoo near Paso Robles. But, nobody there had made the call. “Was someone trying to make us look like a monkey’s uncle?” the sheriff’s office wrote on social media. It was then determined that the zoo’s Capuchin monkey named Route was the likely caller. It had apparently picked up the cellphone in the zoo’s golf cart which is used to travel around the 40 acre site. “Route is a little embarrassed by the whole thing,” it added. “But, you can’t really blame her, after all, monkey see, monkey do,” (Next up – Uber Eats.)

The thief had been hiding stolen watches on his belt, but that proved to be a waist of time… A thief robbed two Swiss tourists of a “luxury” watch at gunpoint while they were vacationing in Naples, Italy, but then returned the stolen watch seven minutes later. But, their actions weren’t driven by remorse – they simply realized that the watch was a fake. The entire incident was captured on camera. Video footage shows another man returning the watch, offering an apology, saying “sorry, sorry” in hopes that it wouldn’t be reported. They apparently realized it wasn’t an authentic Swiss-made Richard Mille and wanted to avoid trouble. If authentic, the watch would have been worth around $300,000. (Wait…what? A Swiss tourist wearing a fake Swiss watch? Isn’t that just a little unpatriotic?)

That’s unbearlievable… Police in Manchester, England, identified a suspect in a car theft. After receiving a tip that an 18-year-old male was at a certain address, officers went there to search for him. There was no sign of the suspect until officers heard breathing – coming from an oversized teddy bear sitting on the floor. The man was hiding in the stuffed animal. Officers “could ‘bear-ly’ believe what they stumbled across,” the department said. The suspect is “now stuffed behind bars after being sentenced last week for theft of a motor vehicle.” He was sentenced to 32 weeks in prison plus banned from driving for 27 months. (32 weeks? Is that the “bear minimum”?)