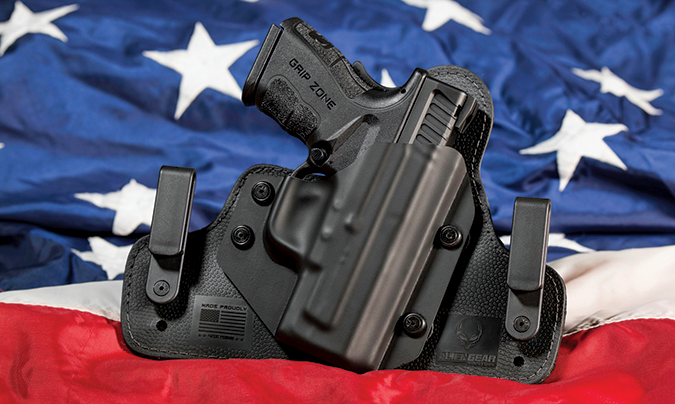 Previously, in District of Columbia v. Heller, 554 U.S. 570 (2008), and McDonald v. Chicago, 561 U.S. 742 (2010), the Court recognized that the Second and Fourteenth Amendments protect the right of an ordinary, law-abiding citizen to possess a handgun in the home for self-defense. Here, in Bruen, the Court now holds, consistent with Heller and McDonald, that “the Second and Fourteenth Amendments protect an individual’s right to carry a handgun for self-defense outside the home.”

According to the Court, 43 states are “shall issue” jurisdictions, where authorities must issue concealed carry licenses whenever applicants satisfy certain threshold requirements, without granting licensing officials discretion to deny licenses based on a perceived lack of need or suitability. But, in six states, including New York, the government further conditions issuance of a license to carry on a citizen’s showing of some additional special or urgent need. Because New York State issues public carry licenses only when an applicant demonstrates a special need for self-defense, the Court held that the licensing regime violates the Constitution.

In New York, a license applicant who wants to possess a firearm at home (or in his place of business) must convince a “licensing officer” – usually a judge or law enforcement officer – that, among other things, he is of good moral character, has no history of crime or mental illness, and that “no good cause exists for the denial of the license.” If the applicant wants to carry a firearm outside his home or place of business for self-defense, the applicant must obtain an unrestricted license to “have and carry” a concealed “pistol or revolver.” That requires the applicant to prove that “proper cause exists” to issue it. New York case law provides that an applicant shows proper cause only if he can “demonstrate a special need for self-protection distinguishable from that of the general community.” In this regard, the Court noted that the “special need” standard is “demanding.” For example, living or working in an area “noted for criminal activity” does not suffice. “Rather, New York courts generally require evidence ‘of particular threats, attacks or other extraordinary danger to personal safety.’ ” This requirement, held the Court, violates the Second Amendment and Fourteenth Amendments.

New York’s proper-cause requirement violates the Fourteenth Amendment in that it prevents “law-abiding citizens with ordinary self-defense needs from exercising their right to keep and bear arms.”

Going forward, consistent with Heller and McDonald, to determine whether a firearm regulation is consistent with the Second Amendment, courts should consider “at least two relevant metrics: first, whether modern and historical regulations impose a comparable burden on the right of armed self-defense and, second, whether that regulatory burden is comparably justified.” Because “individual self-defense” is “the central component” of the Second Amendment right, these two metrics are “central considerations” when determining whether the particular regulation is constitutional permissible.

No Right to Sue for a Miranda Violation

In Vega v. Tekoh, 597 U.S. ___ (2022), the United States Supreme Court addressed the question of whether an individual may sue a police officer under 42 U.S.C. §1983, based on the allegedly improper admission of an “un-Mirandized” statement in a criminal prosecution. Although the Ninth Circuit Court of Appeals held that the use of Tekoh’s un-Mirandized statement provided a valid basis for a §1983 claim against Vega, the Supreme Court rejected that extension of the Miranda case law.

The facts of the case unfolded at the Los Angeles medical center where Terence Tekoh was working as a certified nursing assistant. When a female patient accused him of sexually assaulting her, the hospital staff reported the accusation to the County Sheriff’s Department and Deputy Vega responded. “Vega questioned Tekoh at length in the hospital and Tekoh eventually provided a written statement apologizing for inappropriately touching the patient’s genitals.” It was undisputed that Vega never informed Tekoh of his Miranda rights.

Tekoh was arrested and charged in California state court with unlawful sexual penetration and his confession was admitted into evidence. When the jury returned a verdict of not guilty, Tekoh sued Vega under §1983 for the alleged violation of his Fifth Amendment right against compelled self-incrimination.

Disagreeing with the Ninth Circuit and Tekoh, the United States Supreme Court held that a violation of the Miranda rule does not provide a basis for a lawsuit under §1983. In this regard, the Court reminded that a Miranda violation is not tantamount to a violation of the Fifth Amendment. Miranda itself and subsequent cases “make clear that Miranda imposed a set of prophylactic rules. Those rules, to be sure, are ‘constitutionally based,’…but they are prophylactic rules nonetheless.” (quoting Dickerson v. United States, 530 U.S. 428, 440 [2000]).

Miranda did not hold that a violation of the rules it established necessarily constitute a Fifth Amendment violation and it is difficult to see how it could have held otherwise. For one thing, it is easy to imagine many situations in which an un-Mirandized suspect in custody may make self-incriminating statements without any hint of compulsion. In addition, the warnings that the Court required included components, such as notification of the right to have retained or appointed counsel present during questioning, that do not concern self-incrimination per se, but are instead plainly designed to safeguard that right. And, the same is true of Miranda’s detailed rules about the waiver of the right to remain silent and the right to an attorney.

Miranda, Dickerson, and the other cases in that line provide sufficient protection for the Fifth Amendment right against compelled self-incrimination. “The identification of a Miranda violation and its consequences…ought to be determined at trial.” …And, except in unusual circumstances, the “exclusion of unwarned statements” should be “a complete and sufficient remedy.”

Because a violation of Miranda is not itself a violation of the Fifth Amendment, and because we see no justification for expanding Miranda to confer a right to sue under §1983, the judgment of the Court of Appeals is reversed, and the case is remanded.