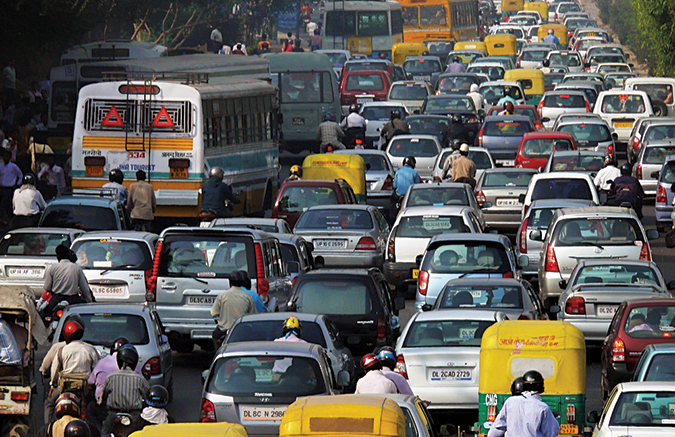 Ramesh Nyberg
Not in Kansas Anymore

This column is a first – I’m writing it from another country. I’m in Kolkata, West Bengal, India, nearly 10,000 nautical miles from Miami, staying at my in-laws’ house. To say things are “different” would be quite the understatement. It’s culture shock at every turn. I’ve had some remarkable experiences in just the first seven days I’ve been here, but, for this column, we’ll stick to the justice system, the traffic and policing of the place formerly known as “Calcutta.”

A Westerner riding in the streets of Kolkata for the first time is alarmed – if not outright terrified – of the intense jostle of traffic. Lane markers exist, but are commonly ignored. The idea of “right of way” is just plain laughable. Kolkata’s traffic is an endless coursing river of auto rickshaws, bicycles, motorbikes (tons of them), buses, and pedestrians, all jockeying aggressively for position. To a cacophony of beeping horns, this jumble of humanity somehow manages to snake and seep forward with no one hitting each other. During a 20 minute car ride, I sat on the passenger side (left) and marveled at our young driver, who wordlessly navigated his way through an ever changing gauntlet of vehicles and people. I witnessed at least 50 near miss collisions. When I say “near,” I’m talking about inches. To my astonishment, no one screams and yells; indeed, the pedestrians who stroll on the roadside (sidewalks are a rarity) barely even flinch when this swarm of hornets sweeps past and through them. They almost seem oblivious to it all. The honking is not done in anger or frustration – rather, it is a way of saying, “I’m here, on your left.” On our first trip, I discovered (to my complete amazement) that this twenty-something driver of ours is accomplishing all of this without a passenger side-view mirror. In my eyes, the kid has fighter pilot status.

Kolkata’s 15 million people are serviced by 20,000 sworn police officers. A sergeant I spoke with said that they rotate shifts daily. That’s right: Today, you’re on day shift; tomorrow, you’re on afternoon shift, and so on. He has since moved up to mounted patrol, a 12 man unit, so he is immune to that type of crazy scheduling. It’s rare to see a marked police car on the road. Our idea of “patrol” just won’t work. The majority of streets are too cramped with the chaotic traffic I described earlier. Another factor is the lack of zoning. For the most part, commercial and residential are all woven together, so concentrating on a particular area would be problematic. Along any city street, you’ll see a dozen tiny shops selling snacks and sundries, then two apartment buildings and then a narrow living space in the crevice between the two buildings where a poor family lives on the edge of survival. There is no consistency except that no space is wasted. Someone is living in, or selling from, every nook and cranny. Residential and commercial and poor and wealthy all share the same community.

The department has ministrations which are about the size of a guard shack, posted on various streets where the traffic cops (also a rarity) can take a break and have tea and samosas (the equivalent of our coffee and doughnuts). My wife and in-laws tell me there is no real violent crime in public areas. Though the occasional pickpocket is common, it is unheard of for a citizen to be forcibly robbed or attacked on the street. This makes sense, as there are thousands of witnesses all around. Unlike witnesses of Western mentality, folks here will chase down and pummel anyone unfortunate enough to attempt violence on an innocent citizen. Once the offender is subdued, only then will Kolkata’s finest be called to scoop him up and take him to jail. It’s likely that the criminal (there is no “alleged” over here) would again get his clock cleaned by the arresting officers for interrupting tea and samosas at the station.

One of the disorienting aspects of being a visitor here is the perception – again, Western influenced – that nothing can get done. Indeed, you drive for miles and see buildings in disrepair, trash accumulating in street corners, insane traffic, and poverty. It’s easy to look at all of this and conclude that to do business, take care of legal matters and get help with technology is next to impossible. Before the trip, I had a “to-do” list: I had been trying to get my Indian birth certificate (destroyed in Hurricane Andrew) rebuilt through a company online. Almost two years later, I was still going back and forth with them. I also needed to get the screen protector on my phone fixed. When we arrived, my wife briefed her father on the errands we needed to do.

“Don’t worry,” my father-in-law tells me, “I know a lawyer who can get it done today.”

A lawyer! No way, I tell him. I’ve spent enough money on this. There must be a better way. Fans of legal procedure, hang on to your hats: The lawyer came to our house at 7:30 in the morning, took my information and a copy of my US Passport, and came back two hours later with a notarized certification from the court – signed by a magistrate – which said I held an Indian birth certificate. Cost? The equivalent of five US dollars.

As for the cell phone, there was a tiny place amidst a row of cubbyhole-type businesses about a ten minute drive from the house. They fixed the phone in ten minutes for about three bucks. My wife wanted to open a bank account here. The banker also made a home visit to handle that – way past 5:00 pm. Try asking your manager at Bank of America if he can swing by your place with the paperwork later.

After a while, you start to realize that, not only do things get done here, they get done faster, cheaper and with customer service which makes you feel like a king. You are “Sir” or “Ma’am” wherever you go around here. I ordered a beer at a restaurant and the waiter brought it over, held the bottle out and said something in Bengali.

“He wants you to check the temperature of the bottle and tell him if it’s cold enough for you. If it’s not, he’ll go back and get another one.”

Naturally, there’s are downsides. As with many non-Western societies, corruption in government is rampant. Cops regularly take payoffs for various things and, sometimes, “police service” depends on your ability to pay. The idea of picking up the phone and calling for police because your kid’s bike got stolen is nonexistent. If you want to file a police report, you go to the police station, unless you are in the elite class of society. If you’re poor, tough luck. If you’re well-off, they might send a couple of officers to your house with the understanding that there should be something more substantial than tea and samosas waiting when they get there.

What gets enforced? Whatever the government wants is enforced which includes unethical behavior. In some areas of the country, the police will arrest a would-be groom for failing to complete the engagement and marry the girl. And, they will arrest him. Like I said, it’s different here.

For criminal matters, forget jury trials – there is no such thing. You’re at the mercy of a judge who might not like the way you look or is simply predisposed to thinking you’re guilty. You do get a lawyer, but I doubt you get anything like discovery. The bottom line is the same mantra we tell people here: Don’t screw up (and that includes breaking off an engagement).

As I write this, I’m seven days away from boarding my plane back to the US. In today’s paper, a man was arrested for protesting the state prime minister and calling her a prostitute. Vulgar or offensive speech is arrestable here.

I’ve been watching the protests back home about the Dobbs decision and, as divided as our nation is, I couldn’t help but feel pride that we have the freedom to go out and scream at each other, call each other names and criticize politicians without being arrested. I’ll miss things about Kolkata. It is truly a unique and magical place whose nickname is the “City of Joy.” But, I love my freedom and the wheels on my plane will be touching down at Miami International on July 4th.

Until then, cheers from the other side of the planet.