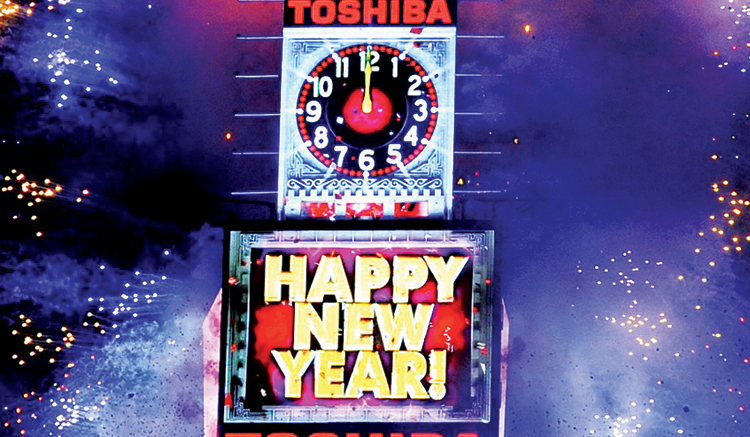 What a Difference a Decade Makes

I think it’s safe to say that, as we get older, we get more nostalgic. I say this because of the myriad posts on Twitter and Facebook about “remember this?” and “whatever happened to….?” You’ve seen them and you’ve gotten accustomed to seeing the same stuff coming from certain people in your circle of colleagues and friends, right? There is a group of ex-cops I know who just can’t seem to pull themselves out of the “old days.” Hey, look, I get it. It’s fun to recall old times and funny memories – every so often. One of my old buddies posts both on LinkedIn and Facebook daily, if not two to three times a day, about the great accomplishments of himself and his fellow detectives, complete with photos and newspaper clippings. There’s nothing wrong with being proud of what we did, but – dare I say it? – get a life!

Another post I saw showed an American flag and the words, “I miss the America I grew up in.” And, the poster said, “Can I get an amen?” I thought about it. I suppose times were simpler, but then again, we were kids. We didn’t face whatever stresses our parents faced and those stresses are relative from generation to generation. I do remember – along with the good, simpler times of the 1960s – my mother being denied entry into a restaurant in Miami because of the color of her skin. I also remember my white father having a rock thrown at his car when he drove through a black neighborhood. I remember two police officers – wearing the same uniform I would end up wearing for 27 years – coming up to my friend and me at a park and asking, “Hey, did you guys see a couple of ni—rs running through here earlier?”

That was the America I grew up in and, quite frankly, no, I don’t miss those aspects of it at all. In the temptation to dive into a hot tub of nostalgia, I think it behooves us to carefully examine from whence we came, and measure the changes from a variety of angles, not just “it was better” or “it was worse.”

Therefore, in the interest of not getting too nostalgic, I’ll just turn the clock back ten years.

It was August of 2012 and I started the school year the same way I had the previous two years as a Legal Academy teacher at Coral Reef Senior High.

“How many of you,” I asked the class of sophomores, “are interested in going into law enforcement?” Roughly two-thirds of the students raised their hands.

“How about lawyers?” Less than a third raised their hands and, of course, there were a few who either didn’t know what they were interested in or had a completely nonlegal career interest.

Now, fast forward to August of 2022. It actually is a fast forward because 2012 was my last year of teaching at the school, before my recent return of just six months ago. I didn’t know what was going on at the school or, for that matter, in the minds and hearts of teenagers over that ten year span. I didn’t count my own kids in the equation because I couldn’t really be unbiased and it wasn’t enough of a sample size.

In 2022, the first thing I noticed was that most of the class had their eyes down, looking at the little electronic rectangles which rule their souls. (I don’t think that’s an exaggeration – if you have teenagers, I think you’ll agree.)

“Put your phones away,” I told them. “I want to have a conversation with you.”

I can only imagine the final texts that were being hurried across space as they informed their friends about their new Legal class: This teacher is old school…he just told us he wants to have a conversation – wtf??

And, then I asked the same question: By a show of hands, how many of you might be interested in going into law enforcement? Out of 33 kids, maybe five raised their hands.

“And, do we have any future lawyers in here?” About 20 hands went up. The rest were fine with saying they didn’t know yet. As we all know, their answer was the most accurate.

Yes, it was a startling difference from 2012, but is it terribly surprising? What has happened to our profession in the last ten years is akin to a famous actor or politician suddenly facing multiple accusations of sexual misconduct. But, they’re still “famous.” Law enforcement is still famous and it always will be. Hollywood didn’t stop making cop shows and legal thrillers. Our culture devours police and investigative dramas. That is one thing which hasn’t changed since the birth of film media. What has changed is social media. In 2012, Instagram was just two years old and, though it would gain ten million registered users in its first year, it had yet to put its roots down in teen culture to become the staple it is today. The same with Snapchat which was barely a year old when I stood in front of that class. Reddit had been around since 2005, but didn’t gain any kind of popularity until about 2015.

By the time the shooting of Michael Brown in Ferguson, Missouri, occurred in 2014, all three were hotter than a summer Miami sidewalk. We, as a profession, learned that this new social media culture has little interest in slowing down enough to evaluate information. What happens instead is that perceptions – often horribly misinformed ones – explode across the globe in seconds and get repeated and retweeted with dizzying speed and breadth. There’s no time to ask questions. There’s only time to share the post you saw with your hundreds of followers, with a few taps of your thumbs, in the hopes that you get “likes” and “follows.” For the unprepared, there’s no hope of competing with the onslaught. Law enforcement, or anyone who has the misfortune to be in the public eye, is an amateur in the ring being chased by Muhammad Ali. With social media, perception is king. Try to slow people down to explain facts and it will backfire on you. You’ll find yourself on the mat, staring up at the bright lights, with the crowd cheering for your demise.

Ferguson, as we well know, was just the beginning. We were in for a string of terrible events. There would be shootings and beatings which might or might not be justified. But justification didn’t matter. The concepts of right and wrong dissolved into an effigy hanging of monstrous proportions. A pinataat a birthday party wouldn’t take the pummeling that our justice system would endure in the coming months and years.

This time in 2022, I dug deeper with the next of the six classes I teach. I went student by student this time, asking, “What interests do you have as a career?”

Now, the answers were more revealing.

“I want to be a detective, not a cop.” (I have to hold back my smirks and comments when I hear these.)

Out of 198 students, three told me that that they wanted to wear a uniform and serve their community.

Is it all bad? I don’t think so. Hey, we need better attorneys and judges in our culture, too. I see this generation of high school students as more willing to tolerate the opinions of others. They are much more polite. They do things I didn’t see in 2012, like holding doors open for teachers and thanking me for teaching them.

I warn them about social media. I urge them to think about things, ask questions and investigate before they repeat them. I tell them not to be sheep.

Time will tell. And, ten years from today, maybe this place will be an America we feel better about being in.