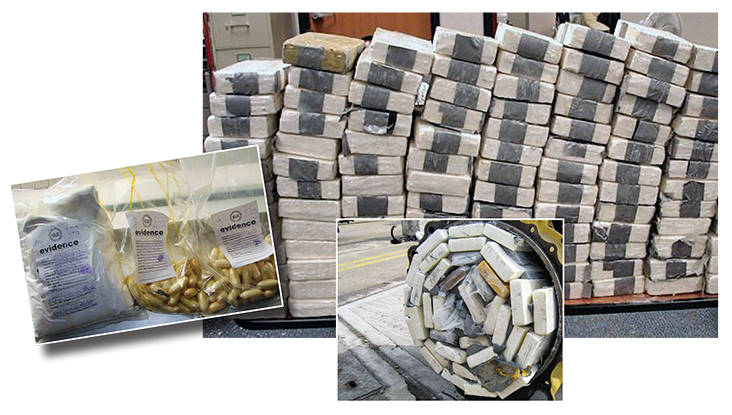 There are times when one is reminded of days gone by and it’s poignant, or wistful, or just plain “those were the days.”

Three things have recently brought me back down memory lane, specifically to the decade of the 1980s, and I was reminded of life in South Florida during that time. I should preface this by telling you that, though I have visited many places around the country and the world, I have never lived anywhere but in Miami, so there are a lot of things I might take for granted or remember with a shrug. But, a funny thing happens when you’ve been out of law enforcement for 15 years and you see a documentary or read a book about something and you were right in the middle of it. It’s kind of like kayaking down rapids. You’re not thinking about the fact that you are doing it or that you are enjoying it until you’re done. Then, once you’re in calm water, you look back at the rapids and go, “Whoa, I did that.”

My police career started in 1979 and I left uniform in 1985 to go to homicide. 1980-81 saw an explosion of crime and narcotics smuggling in South Florida which was unprecedented in US history. To put this in perspective, consider this: Our department handled roughly 160-190 homicides a year in the 1970s. In 1980, the number rocketed to 401. Yes, that’s well over one a day. We suddenly had the highest murder rate in the nation, with Detroit trailing a distant second. It was, of course, due to the sudden tsunami of cocaine which came crashing into South Florida, mostly from the Colombian cartels. Along with the white stuff came billions in cash and, naturally, rip-offs and murders spurred by retaliation, revenge and “this is what happens when you skim money from your employer.” By the time I got to homicide in 1985, it had not declined – we were still hitting between 28-30 homicides per month. Piled on top of the cocaine invasion in 1980 was the Mariel boatlift, wherein tens of thousands of Cuba’s less desirable people were exported to the United States by a gleeful Fidel Castro. The very same weekend in May, our county’s black communities exploded in violent riots after five white police officers were found not guilty in the murder of a black motorist by an all- white jury. With a good portion of the northwest sections on fire and in chaos, the Mariel refugees were pouring in – and the rate of drug murders didn’t miss a beat, either.

Why am I reminiscing? In July, I started a podcast called…wait for it…“Nothing But the Truth.” Original, hmm? (By the way, please do check it out. It’s on Spotify®, Amazon Music and most of the other podcast sites – search “Nothing But the Truth Investigations.”) A recent guest I had on talked about a little-known Cuban organized crime empire which based its enormous profits on a cultural neighborhood gambling network called bolita. “The Corporation,” headed by a Bay of Pigs hero José Miguel Battle, operated in the shadows of the sexier, more media appealing Colombian cartels, but was every bit as violent. One of the bolita murders was my case in 1987, so reading the book about Battle and his criminal empire (The Corporation, by T.J. English) was fascinating. Similarly, a book came out recently about Miami in 1980 called, The Year of Dangerous Days – Riots, Refugees, and Cocaine in Miami 1980, by Nicholas Griffin. Every page has the names of prosecutors, cops, judges, and defense attorneys who I knew well. It’s a very fun – and accurate – read.

This past July, Netflix released the newest of producer Billy Corben’s works, “Cocaine Cowboys – The Kings of Miami” which is the story of Willy Falcon and Sal Magluta who were arguably the most prolific cocaine dealers in the world. Of course, they were Miami-bred Cuban boys who grew up together, became criminal kingpins together and ultimately went to prison together. They amassed a fortune which defies comprehension, making millions of dollars a month, buying airplanes, racing boats and oceanfront mansions as if they were playing with Monopoly money. The crimes, the investigation and the series of trials which ensued are more bizarre and appalling than any fiction you can imagine, or that Netflix could offer up, for that matter. One of the detectives I worked with, Alex Alvarez, tells a remarkable story in the show about he and his partner, Jorge Plasencia. They were in a store buying cigarettes or gum or something and there inside the store was the very wanted fugitive, named Sal Magluta, doing the same thing. Jorge, it turned out, went to high school with Magluta. The two waited outside and collared Sal. On the way to the homicide office, Sal pleads with Alex, telling him there is a storehouse he can take him to containing $25 million dollars in cocaine.

“It’s yours if you just let me out of the car afterward. You can take it all.”

Who has the wherewithal to offer a $25 million bribe? It’s remarkable, as is the rest of the story. Get yourself a drink and some popcorn – lots of it because you’re likely to binge-watch it as my wife and I did – and watch this program.

My wife was amazed. She has heard my war stories (perhaps all of them by now), but what happened in the saga of Willie and Sal strains the limits of believability. I remember a DEA case we handled in which the subjects jumped off a fourth floor balcony to escape arrest. Two of the group made it with some sprains and bruises (one of them was a pregnant woman), but the 50-year-old man died in his escape attempt, so it became a homicide case. I remember going into the bedroom of the apartment during the search and finding a duffle bag filled with cash totaling $800,000. While we were waiting for the medical examiner’s wagon to show up, my crime scene tech said, “Hey, I’m going outside to grab a smoke.”

It’s a story I like to tell my students when I’m talking about ethics, but I have to laugh at the amount when I think of Willy and Sal. They could’ve tossed that duffle bag to a friend for Christmas and told them to go buy their family a nice house and not even felt it.

It was the year – and decade – of dangerous days, as the book says. It was also, in retrospect, a great time and place to be a police officer and a homicide detective. The action was nonstop, the overtime was good and the camaraderie was lifelong.

And, I’ve got stuff to tell my grandkids. With my wife and kids, I think I’m close to running out of material.

Ramesh Nyberg retired from law enforcement in November 2006 after 27 years in police work. He is the Director of Security & Auxiliary Programs for Ransom Everglades School in Miami. He enjoys getting feedback from readers and can be reached at ramesh.nyberg@gmail.com. Also, Ram has recently announced his newly published book, The Ten Must-Haves to Be a Great Detective, available on Amazon in both paperback and Kindle eBook. You can find it by visiting https://tinyurl.com/hwc2xajm