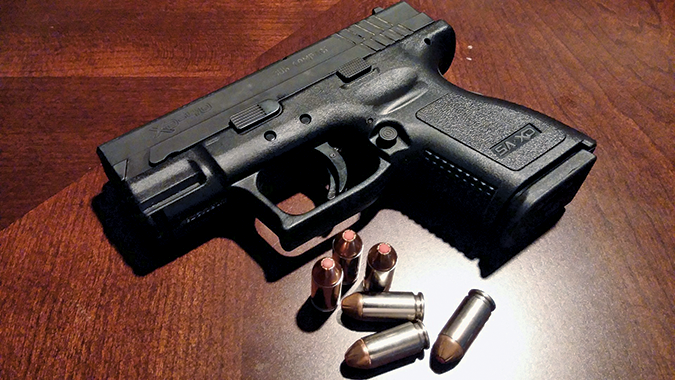 In Caniglia v. Strom (US 5-17-21), the United States Supreme Court recently addressed the question of whether law enforcement’s community caretaking duties create a stand-alone doctrine which justifies warrantless searches and seizures in the home. The answer, according to the Court, is NO! Here, the Court refused to recognize the “community caretaking” rule as a “freestanding” Fourth Amendment category.

During an argument with his wife, Edward Caniglia placed a handgun on the dining room table and said, “Shoot me now and get it over with.” She did not; she left and spent the night at a hotel. The next morning, she was unable to reach Edward by phone, so she called the police to request a welfare check. The officers accompanied Mrs. Caniglia to the home where they found Edward on the porch. The officers called an ambulance believing that Edward posed a risk to himself or others. Edward agreed to go to the hospital for a psychiatric evaluation on the condition that the officers not confiscate his firearms. As soon as the ambulance had taken Edward away, however, the officers seized the weapons. Guided by Mrs. Caniglia – whom they allegedly misinformed about Edward’s wishes – the officers entered the home and took two handguns. Edward sued, claiming that the officers violated the Fourth Amendment when they entered his home and seized him and his firearms without a warrant.

The First Circuit determined that the police officers’ decision to remove Caniglia and his weapons from the premises fell within the “community caretaking” exception. The officers properly chose to be proactive and to take preventative action by seizing Caniglia and sending him to the hospital for a psychiatric evaluation, rather than leaving him agitated, ostensibly suicidal and with two handguns at his fingertips. Upon further appeal, the United States Supreme Court disagreed with the First Circuit and vacated the lower court’s judgment.

In the landmark case of Cady v. Dombrowski, 413 U.S. 433 (1973), the United States Supreme Court held that a warrantless search of an impounded vehicle for an unsecured firearm did not violate the Fourth Amendment. The Cady Court observed that police officers who patrol the “public highways” are often called to discharge noncriminal “community caretaking functions,” such as responding to disabled vehicles or investigating accidents. Such “community caretaking functions,” emphasized the Court, are “totally divorced from the detection, investigation, or acquisition of evidence relating to the violation of a criminal statute.”

Here, in Caniglia v. Strom, the Court held that Cady did not recognize the “community caretaking” rule as a “freestanding” Fourth Amendment category.

While Cady did involve a warrantless search for a firearm, the location of that search was an impounded vehicle – not a home – and that is an important “constitutional difference.” Cady’s unmistakable distinction between vehicles and homes also places into proper context its reference to “community caretaking,” where the Court discussed the frequency with which vehicles can become disabled or involved in accidents on public highways – often requiring the police to perform noncriminal “community caretaking functions,” such as providing aid to motorists.

According to the Court here in Caniglia, “What is reasonable for vehicles is different from what is reasonable for homes. Cady acknowledged as much and this Court has repeatedly ‘declined to expand the scope of…exceptions to the warrant requirement to permit warrantless entry into the home.’” Thus, as Justice Alito emphasized in his concurring opinion, “There is no special Fourth Amendment rule for a broad category of cases involving ‘community caretaking.’”