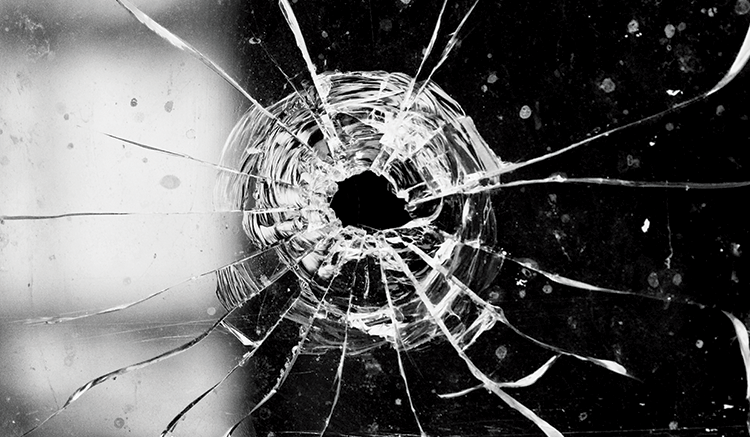 An Unsuccessful Attempt to Stop a Suspect Is a “Seizure”

In Torres v. Madrid (US 3-25-21), the United States Supreme Court addressed the question of whether a seizure occurs when an officer shoots someone who temporarily eludes capture after the shooting. The answer, according to the Court, is “Yes. The application of physical force to the body of a person with intent to restrain is a seizure, even if the force does not succeed in subduing the person.”

The facts of the case unfolded at dawn in the middle of July 2014, when four New Mexico state police officers went to an apartment complex in Albuquerque to execute an arrest warrant for a woman accused of white collar crimes, but was also “suspected of having been involved in drug trafficking, murder and other violent crimes.”

Upon arrival, the officers saw the plaintiff, Roxanne Torres, standing with another person near a Toyota FJ Cruiser in the parking lot of the complex. The officers did not believe that Torres or her companion were the target of the warrant. As the officers approached the vehicle, the companion ran into the apartment, “while Torres – who, at the time, was experiencing methamphetamine withdrawal – got into the driver’s seat and started the engine. The officers attempted to speak with her, but she did not notice their presence until one of them tried to open the door of her car.”

“Although the officers wore tactical vests marked with police identification, Torres saw only that they had guns. She thought the officers were carjackers trying to steal her car and she hit the gas to escape them. Neither Officer Madrid nor Officer Williamson, according to Torres, stood in the path of the vehicle, but both fired their service pistols to stop her. All told, the two officers fired 13 shots at Torres, striking her twice in the back and temporarily paralyzing her left arm.”

Torres accelerated away from the officers’ use of force, drove a short distance and stopped in a parking lot. After asking a bystander to report an attempted carjacking, Torres stole a car which happened to be idling nearby and drove 75 miles to Grants, New Mexico. Ultimately, she was airlifted to a hospital in Albuquerque, properly identified and arrested by police.

Torres sued the officers in federal court, under 42 U.S.C. §1983, asserting that the officers used excessive, unreasonable force. In the appeal to the Tenth Circuit, the court held that the officers were entitled to qualified immunity, for the officers had not “seized” Torres at the time of the shooting. The United States Supreme Court disagreed.

“This case concerns the ‘seizure’ of a ‘person,’ which can take the form of ‘physical force’ or a ‘show of authority’ that ‘in some way restrain[s] the liberty’ of the person.” The main question here is “whether the application of physical force is a seizure if the force, despite hitting its target, fails to stop the person.” In short, the Court held:

“[T]he application of physical force to the body of a person with intent to restrain is a seizure even if the person does not submit and is not subdued. Of course, a seizure is just the first step in the analysis. The Fourth Amendment does not forbid all or even most seizures – only unreasonable ones. All we decide today is that the officers seized Torres by shooting her with intent to restrain her movement. We leave open on remand any questions regarding the reasonableness of the seizure, the damages caused by the seizure, and the officers’ entitlement to qualified immunity.”

According to the Court, this rule is narrow. “In addition to the requirement of intent to restrain, a seizure by force – absent submission – lasts only as long as the application of force. That is to say that the Fourth Amendment does not recognize any ‘continuing arrest during the period of fugitivity.’ ”

Applying these principles, the Court held that “the officers’ shooting applied physical force” to Torres’ body “and objectively manifested an intent to restrain her from driving away.” Therefore, “the officers seized Torres for the instant that the bullets struck her.”

During the course of its opinion, the Court stressed that the application of this rule “does not transform every physical contact between a government employee and a member of the public into a Fourth Amendment seizure. A seizure requires the use of force with intent to restrain. Accidental force will not qualify. …Nor will force intentionally applied for some other purpose satisfy this rule. In this opinion, we consider only force used to apprehend.” Thus, the “appropriate inquiry is whether the challenged conduct objectively manifests an intent to restrain[.]”

“While a mere touch can be enough for a seizure, the amount of force remains pertinent in assessing the objective intent to restrain. A tap on the shoulder to get one’s attention will rarely exhibit such an intent. …Nor does the seizure depend on the subjective perceptions of the seized person. Here, for example, Torres claims to have perceived the officers’ actions as an attempted carjacking. But, the conduct of the officers – ordering Torres to stop and then shooting to restrain her movement – satisfies the objective test for a seizure, regardless whether Torres comprehended the governmental character of their actions.”