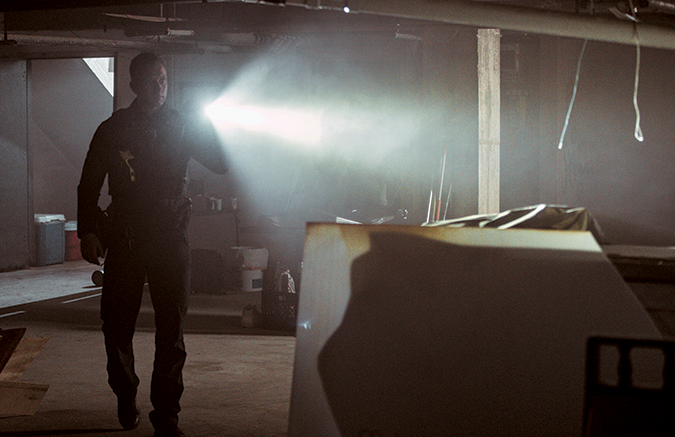 While everyone recognizes the need for a flashlight, often very little thought is given to its selection. Although on the surface a flashlight is a relatively simple tool, there are a number of features which need to be considered.

Flashlights differ greatly in convenience and performance. Every flashlight has its own compromises between size, weight, light output, battery type, and runtime.

Advances in LED (Light-Emitting Diode) technology, as well as in battery efficiency, have resulted in flashlights which are smaller, lighter and brighter than they were just a few years ago. Incandescent flashlights still exist in a few flashlight models, but the advancements in LED technology have rendered them obsolete. You cannot beat the energy efficiency, runtime, brightness options, and impact resistance of an LED flashlight.

Following the standards’ publication, the manufacturers who developed it formed a trade group known as the Portable Lights American Trade Organization (PLATO) to further refine the standard and encourage its adoption industrywide. In late 2016, PLATO became an ANSI Accredited Standards Developer.

The standard has subsequently undergone two revisions. In these revisions, testing procedures were refined and area lighting added. The current edition of the standard, the ANSI/PLATO FL 1-2019 Standard, was published in late 2019.

The purpose of the ANSI/PLATO FL 1 Flashlight Basic Performance Standard is to allow consumers to make valid comparisons of lights and to eliminate exaggerated light performance. Compliance with these standards is voluntary and most of the manufacturers do their own testing, but a majority of the major brands now include the ANSI/PLATO FL 1 performance data on their packaging.

Performance of flashlights is measured using new batteries included with the light when purchased or, if no batteries are included, the batteries recommended by the packaging.

Light output is measured in lumens. This is a measure of the intensity of the visible light coming out of the flashlight, on the highest brightness setting powered by new batteries. It may also be shown for multiple light settings.

The total lumen output is measured in an integrating sphere after the light has been on for 30 to 120 seconds. This allows time for the LED to heat up hot and the battery voltage to sag which will usually result in a lower output number than had the light been immediately tested when it was turned on.

The lumen has become the international standard of light and puts the lights which you are comparing on a level playing field. Although candlepower may adequately indicate the intensity of the light source itself, it doesn’t provide an accurate picture of light output, since it only measures the brightest spot within the beam.

Light output is important and is a great comparison tool. However, it is only part of the brightness equation. Beam intensity, distance and type all need to be taken into consideration when evaluating the effectiveness of a light in different applications.

Light output is measured every 15 minutes in an integrating sphere. It should be noted that the ten percent of brightness probably gives inflated runtime numbers. Some testers in the past used 50% in order to be a little more practical in runtime. However, with most batteries, the drop-off between 50% and ten percent brightness usually is not very long.

Runtime is commonly given for each light setting. Although not always provided, a runtime graph will give the best illustration of the performance of a light over time.

Beam distance is the distance in meters at which the flashlight produces a light intensity of at least 0.25 lux which is the equivalent of the light from a full moon. Although not very bright, full moon illumination is considered adequate for safe and careful travel outdoors. On variable output flashlights, the beam distance will vary with the brightness setting selected. Beam distance is not actually measured, but is calculated using a mathematical formula and peak beam intensity.

Impact resistance is the height, in meters, from which the light (including batteries) can be dropped onto concrete without cracking or breaking and still function. Lights are dropped while in the “off” position and allowed to come to rest before inspecting them for damage. For ratings over one meter, each sample light is dropped six times with different faces towards the ground. The primary purpose of this test to ensure the light remains fully functional if it is accidentally dropped.

There are three possible ratings: IPX4, IPX7 and IPX8. Testing for water resistance and immersion is conducted after the impact resistance testing.

There are a number of other features which need to be considered when selecting a duty flashlight. These include beam type, regulated output, battery type, modes, controls, body materials, physical design, and accessories.

This isn’t a problem with an incandescent bulb with a properly designed reflector, but LEDs are another matter. Unlike incandescent bulbs which have a spherical radiance, LEDs radiate their light in a 180 degree forward arc. There are two options: Use a lens to achieve a more concentrated central spot of light or use a specially designed reflector to achieve some degree of peripheral light around a bright center.

Some flashlights have an adjustable beam which allows the width of the beam to be changed from “spot” to “flood.” Although this may sound like a beneficial feature, it may not be the optimal choice for a duty flashlight.

Digitally regulated output means that there’s a microprocessor attached to the LED which controls the output and runtime in relation to the battery life. Lights with a digitally regulated power supply maintain a steady brightness level at near peak throughout most of the battery’s life cycle. Near the end of battery life, the light output drops off abruptly and significantly. Lights which are unregulated grow progressively dimmer as power is drained from the batteries.

Whereas nickel cadmium (NiCd) batteries are rechargeable, they have a tendency to self-discharge and may take a set if improperly recharged. All things considered, lithium batteries are the optimal choice for a duty flashlight, with alkaline batteries coming in second.

AAA or AA are the most common battery sizes in general use and are readily available. CR123A is also common and has become the standard disposable battery for tactical lights. The advantage to CR123 is that is has a higher voltage output allowing for a smaller, lighter and brighter flashlight, although they are more expensive. C and D cell batteries are still available if you want a larger flashlight.

Rechargeable lithium phosphate LFP 123A batteries are available for LED flashlights which use CR123 batteries. The runtime of LFP 123A batteries is approximately 50 percent less than the runtime provided by disposable CR123A lithium batteries; although maximum output levels are typically not affected. They should not be used in incandescent flashlights.

An increasing number of rechargeable flashlights feature a charging port on the side of the body, eliminating the need to remove the battery or place the light in a separate charging cradle. There are also now rechargeable batteries with a built-in micro-USB charging port. Charging may be accomplished via wall (AC) chargers, (DC) chargers or a USB connection.

Do not use lithium or lithium ion batteries with any flashlight unless recommended by the manufacturer. You risk damaging a light by mismatching it with lithium batteries.

A single output setting may be sufficient for general-purpose use. Some models offer two or more modes, such as low, medium, high, and boost. You may rarely use more than one mode, but having the option can be advantageous. Lower outputs extend runtime and battery life, and have less of an impact on dark adapted vision when less light is needed to accomplish the task at hand. Some flashlights are programmable.

Some models may offer special modes such as a strobe. Although strobes have been the subject of much controversy and considered little more than a gimmick by some, strobing can be a useful tool. Strobing is typically employed when closing gaps; to disorientate and confuse threats; channel the route of a subject; or to gain attention.

The type of on/off and lighting mode switches is an important consideration when selecting a duty light. The switches should be easy to operate with one hand, yet not turn on accidentally. A duty flashlight should have both momentary and constant on switches. Separate switching is considered desirable by many as it avoids switching errors. On some tactical tailcap switches, you press for momentary on and twist for constant on. Click switches are also popular – you press for momentary on and press further to click constant on. A lockout feature which prevents the light from being accidentally turned on is also a desirable feature.

Duty flashlights are subjected to considerable abuse and need to be ruggedly constructed. The better flashlights have bodies of machined aerospace aluminum or heavy-duty polymer. Each has its advantages.

Machined high strength aerospace aluminum alloy bodies are extremely resistant to damage from impact, crushing or bending. It allows the lights to be made as small and light as possible without sacrificing strength. Keep in mind that not all aluminum bodies are the same. Thinner aluminum bodies are a little lighter, but they lack the durability of the thicker, machined aluminum bodies which is essential in a duty light.

Polymers are durable and lighter in weight than aluminum. They are more comfortable to hold in cold weather and nonconductive. Look for polymer flashlights with bodies made of high strength, nonimpact-resistant, glass-filled polyamide polymer. Some flashlight manufacturers use cheap polymers such as ABS. As is so often the case, you get what you pay for.

The window material is also an important consideration as it is what protects the reflector and emitter of a flashlight from water and debris, as well as allowing light transmission.The windows on the better flashlights are commonly either Lexan® polymer or tempered, coated Pyrex® glass.

A duty flashlight should be comfortable, easy to hold and provide a good grip. Cylindrical bodies are the most common. As they tend to roll around when laid on a surface, look for models which are profiled to resist rolling. Knurling and/or texturing on the body is also an important feature as it will provide better grip and reduce slipping.

Size and weight are largely a matter of personal preference. Smaller flashlights are more convenient and are more likely to be nearby when needed as they are easier to carry. They are also much easier to employ with flashlight assisted shooting techniques.

Add-on accessories which may be included with the flashlight or sold separately include a belt or pocket clip; a lanyard; tactical rings; a holster; and lens filters, diffusers and covers to provide additional lighting options which add to the versatility of the light.

Before purchasing a flashlight, pick it up and see how it balances and feels in the hand. Operate the switches. If at all possible, test the flashlight by shining it down a darkened corridor to see how brightly and broadly it illuminates an area. Also, check out the warranty. Most of the better flashlights are warranted for life.

It is a good idea to carry two flashlights while on duty – a primary flashlight and a backup flashlight in case of failure of the primary light. I recommend a powerful rechargeable lithium ion powered flashlight which is easily carried on the belt for primary duty use and a small powerful flashlight with disposable lithium batteries carried as a backup. Spending a little more to get the very best is a worthwhile investment.

Eugene Nielsen owns and operates a private intelligence and security consulting firm. He has a BA degree in political science from the University of California at Santa Barbara.