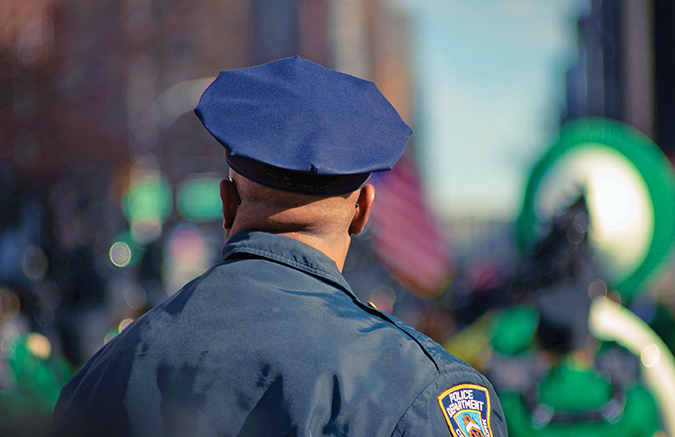 To be the bad man
To be the sad man

To be hated
To be fated
To telling only lies

“Behind Blue Eyes” – The Who

Where do I start? Well, that’s easy for me this time. I must start by thanking all of you. The outpouring of support and condolences I received was incredibly touching. It was – and still is – a very difficult time for me and my family.

Navigating new emotional waters in the dark, with no chart, was something immensely challenging. It’s better now. It will never be the same, but it is much better, and your words and prayers truly helped. Even greater were the many pledges you conveyed to me that you would share and instill the message of distracted driving with your loved ones. This commitment to changing awareness so that others can be saved is what keeps me going forward and what keeps my daughter’s memory strong, bright – and positive. Your kindness will never be forgotten and, on behalf of my family, I thank you from the bottom of my heart.

And, then, when my emotions are still raw, there’s nothing like seeing the career I cherish and am proud of being demonized, hated and burned at the stake, right? Wow. I never thought I would see this day. We’ve had riots and unrest before – I’ve written about them here – and, within the context of those events, we all kind of understood that “this too shall pass.” But, I’m afraid, my dear colleagues, this is not going to pass. I believe we are poised for profound change in this country. Don’t get me wrong: Some change in our profession has long been needed. I’ve written about that, too. Some changes in the way our society in general (housing policies and so on) treats people of color, and some honest examination of how we have failed in the past to be the truly fair and equality-minded country we claim to be, is also much needed.

But, this pendulum hasn’t just swung wildly in the other direction. This pendulum has been ripped out of its encasement and tossed into the gutter. This generation doesn’t want the pendulum. They don’t even want to know what it is or how it got here. Some elements of this movement don’t want anything that existed before. If this were a house, they would be shouting, “The plumbing leaks, so bulldoze the place!” They want everything torn down and built from scratch and they are not even remotely interested in hearing alternatives from the older generation – much less from anyone in law enforcement. Why? Because we all lie and none of us can be trusted. For those of us in law enforcement (including dinosaurs like me who left it almost 14 years ago) who did our jobs with pride, and felt honor in serving our communities, this is excruciating, isn’t it? One of the things which makes it so hard to watch is that no one has consulted with us about anything. No one has thought that maybe some of us can provide honest insight about race or police use of force which can be used to serve their call for reform. As the New York union president said in that passionate speech which has gone viral in law enforcement circles, “We’ve been left out of the conversation.” That was putting it mildly. We have been branded as the enemy.

We are the baby who is being thrown out with the bathwater.

Let’s talk about these words which are being thrown around because they matter. Defund…abolish…ACAB…we’ve heard them all. Like most people, I was confused and misled by the term “defund.” To me, if you want to improve and reform, you’re going to have to increase funding, if anything. If you think the police are a bunch of drooling morons waiting to pummel the shit out of innocent people, then how does taking money away make that better? “Abolish,” I understand. I think it’s ludicrous, but at least I know what that word means. So, I did some research and found that “defund” really means (in my estimation) to repurpose. The “defund” camp wants to change patrol so that we don’t respond to anything except violent, in progress types of calls. Everything else – neighbor disputes, loud music, nonviolent domestic situations, thefts, and other nonviolent incidents which have already occurred – will be handled by some sort of “specialists.” And, though no one has directly addressed it, I believe this will eliminate traffic stops. If you are going to take police out of the equation of nonviolent offenses, then, in my view, that includes the cessation of all traffic enforcement. Load up highways and intersections with cameras and no one gets pulled over. My older son nodded emphatically during our Zoom chat about all of this.

“And that,” I said to him, “will save a lot of officers’ lives, too. Traffic stops are one of the most dangerous scenarios for cops.”

There were more emphatic nods from my son, the defund supporter.

“Now, understand this,” I told him. “Cameras don’t use discretion. That means that the guy who is rushing his wife to the emergency room to have a baby gets a ticket.”

“It means that the innocent woman who has never had a ticket and is taking her sick four-year-old to the clinic gets a ticket. Cameras don’t give breaks or warnings.”

“And, consider this: The four guys who just shot someone during a robbery and are rushing to get away don’t get stopped and investigated. They get a ticket – and they get away. There are different reasons why people speed and run red lights. Some are innocent and some might not be.”

My talk with my son was great because he knows how to listen and consider all sides of an issue. But, my fear is that not enough people do the same. It’s easier to scream, march, throw your fist in the air, and repeat a lot of rhetoric which you have never really thought about than to ask the crucial question, “Hey, just how does this work anyway?”

There is so much more to talk about. There is so much more ahead of us and I’m afraid very little of it is positive. Those who want drastic, immediate change are in for a rude awakening, because none of this happens easily or quickly. They are about to get an in-depth lesson in how things work. Some of that machinery needs some tuning up, too, and I hope they can make positive changes there. But, this is an uphill battle for us all.

They call them “growing pains” for a reason. I think we’re in for a bunch more of them.

Stay safe and watch your backs, my brothers and sisters.