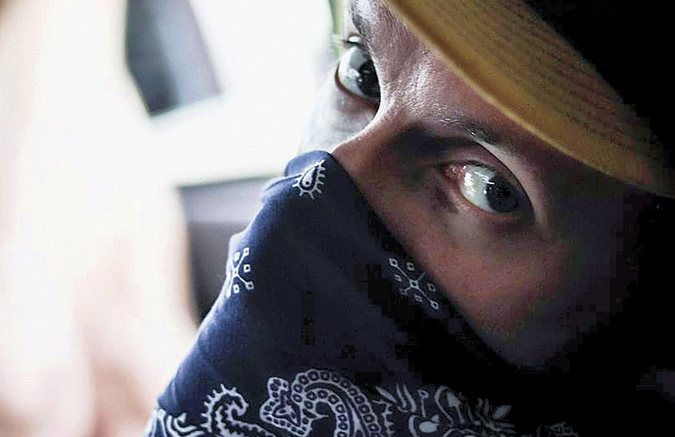 “How I met your father”… A young man in North Attleboro, Massachusetts, met a woman via a dating app and arranged a date. For their first encounter, he asked the fair maiden to pick him up at his parents’ house. That struck her as being a little odd, but she agreed to his request. The man then drank wine in the passenger’s seat while she drove around town. When they approached a bank, he asked her to pull into the parking lot and he then went inside. But, before doing so, he donned a hat and sunglasses and then went about robbing the teller, eventually walking out with $1000. He jumped back in the car and told his date to step on it. Panicking, she did as she was told. With police in pursuit, the two didn’t get very far. The woman pulled over immediately and surrendered to police. Casanova was arrested, but she was not charged after what had to be the worst date of all time. (That romantic dinner at Olive Garden® wasn’t going to pay for itself.)

The Hansel and Gretel robbers… Three crooks in Clearwater, Florida, had their big heist of a local CVS planned out in great detail. Surveillance camera footage shows one of them casing the drugstore the day before the robbery. So far, so good. On the day of the crime, the terrific trio burst into the store at 5:00 a.m. when it wasn’t busy. Perfect. The men wore latex gloves so as not to leave prints. That worked. They then waved guns at employees before binding them with zip ties. They nailed it. Then, they whipped out white garbage bags and filled them with massive amounts of drugs, including over 10,000 hydrocodone and oxycodone pills. Mission accomplished! For reasons unknown, they took pills out of their bottles as they sped away and tossed the emptied bottles out the car window. Police officers literally followed the trail of empty bottles like bread crumbs and it led straight to a residence where they found the perps along with thousands of pills. (Police should have added littering to the charges.)

“No, that’s not weed – a skunk got loose in my purse”… A woman went to the jail in Ashland, Louisiana, in order to pay the bond fee for a friend who was being held on drug charges. As the officers were counting out the $5000 in cash, they noticed a familiar aroma. There was a powerful smell of marijuana emanating from the money which prompted the officers to search her car. They quickly discovered $40,000 more in cash inside, along with about 100 Klonopin pills. A subsequent search of her residence turned up hundreds of additional pills and cash, as well as marijuana, cocaine and paraphernalia. She was arrested and booked on numerous charges. (Hasn’t she heard of “money laundering”?)

And they want to control my healthcare?… The Washington, DC, Metro has spent five years and $3.8 million building two still unfinished bike racks at two of its stations. The original budget for the two covered racks, which will each house 92 bikes, was $600,000 apiece. “Quality control issues with contractors can take time to sort out,” the Metro said in a statement, “but Metro determined it was important to get the project done right rather than get it done quickly.” It hopes the projects, first set to be completed in December of 2015, will be finished in the next few months. (If anyone’s paying attention, this comes out to $20,652 per bike, so far.)

They probably wore out the “Open Door” button in their attempt to escape… Two criminals in Kenwood, Ohio, tried to steal jewelry from a local store. Security cameras recorded their efforts as they crashed through the door, broke display cases and then made their getaway. Everything went well until they decided to take the elevator to their waiting getaway car in the basement. They stepped inside and headed down to the basement – until the elevator got stuck on the way down. The burglars tried to hide their loot in the elevator ceiling, but to no avail. Emergency responders were kind enough to rescue them and law enforcement was happy to place them under arrest. (After having to endure three hours of elevator music, they were probably glad to go to jail.)

“I’d like to trade in for a new truck. My current one is on fire”… Police officers were dispatched after receiving a call of a reported disturbance in Kalamazoo, Michigan. Upon their arrival, they discovered that the reported cause, a man who was well-known to police, had already left. Officers were on the lookout and, when he was spotted a short time later, a chase ensued through residential streets. When the suspect pulled onto I-94, spikes were set up to stop him. He ran over the strips, puncturing his tires, then kept driving. It wasn’t long before he suddenly realized that the friction of the right front flat tire caused it to burst into flames. So, what do you think the blockhead did next? Believe it or not, he pulled into the nearest Nissan dealer for service. The dealership wasn’t able to help him, but police officers quickly placed him under arrest. (This brings a new meaning to the phrase “hot pursuit”!)

It’s like a criminal came up with this design… Ontario’s new license plates have “hit the roads,” displaying an attractive color of blue with white numbers and letters. But, at night, all that’s visible is a shiny blue rectangle – the numbers and letters disappear which makes them a problem for law enforcement. “Did anyone consult with police before designing and manufacturing the new Ontario license plates?” wrote a Kingston Police sergeant. “They’re virtually unreadable at night.” A government spokesperson said authorities “are currently looking into this.” (They had ONE JOB…)