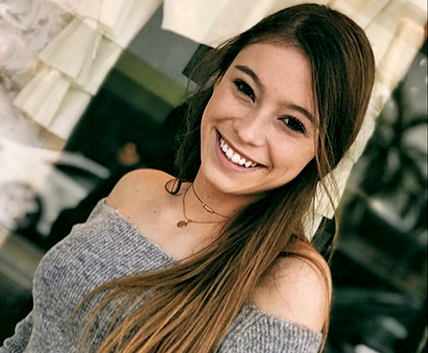 Fear of Missing Out

I almost didn’t write anything for this issue. It’s not that I didn’t have anything to write about; I certainly do. It was because I wasn’t sure if I really could – physically or mentally.

Today is Thursday, April 30th, 2020. Four days ago, I woke up to a regular day. My wife, stepdaughter and I went out for a long walk to relieve some of the COVID-19 induced cabin fever and we took the dog with us. A couple of hours later, after we got home and cooled off, my world was turned on its head. My 16-year-old daughter, who lives with my ex-wife, was dead.

I spent 21 years knocking on doors and giving people the worst news they would ever hear in their lives. It was the toughest part of my job in homicide. Suddenly, there I was, standing in front of my ex-wife’s house, facing a detective from my old department, who wore a lanyard and an ID which said, “Traffic Homicide.” His voice, like something out of a bad dream, was saying, “She didn’t make it.”

I can’t fully explain what that felt like. Being on the other side of that conversation and trying to absorb the reality that my daughter was gone…gone…was so immense that I felt I was in some sort of surreal play. It couldn’t be. Oh, and as bad as that day was, the next day was worse and the next day was worse than that.

Linnea Maria Nyberg was a loving girl. She was also 16 – an impetuous, impatient teenager. She missed her friends and was tired of being cooped up. On Sunday, April 26th, she waited until her Mom went to sleep after a midnight shift as a nurse, then she grabbed the car keys and hit the road. What a perfect time to sneak a visit to a friend a few miles away: A COVID-19 Sunday…the streets were all but deserted. So, she put the pedal to the metal. Flying down an empty Hammocks Boulevard in the western suburbs of town, she lost control of the vehicle, hit a curb and went airborne into a large tree. In one chaotic split second, whatever was to come – graduation, college, love, and dreams – was instantly erased.

Why or how could I be writing this, you might be asking. Tuesday morning, after we had gotten all of the details of the crash and learned that Linnea had been on an Instagram chat, I decided that her legacy would be a message to teens (and adults, for that matter): Texting/video chatting and driving can end your life. Have you ever heard of FOMO? It means Fear of Missing Out. It’s a real thing, because of this generation’s addiction to cell phones. Millions of young people have it. I’m now on a mission. Fear of Missing Out on your friends’ posts, pics, chats, and videos can cause you to “miss out” on the rest of your life. Kids think they are invincible. I probably did, too, when I was 16. But, today’s world doesn’t do anything to alleviate that feeling; it only furthers it. My daughter was doing between 75 and 90 miles per hour on that empty Hammocks Boulevard. Why? I’ll never get that answer. She made horrible choices. The consequences of her choices changed my life and the lives of our family members forever. COVID-19? Yeah, April of 2020 will be remembered for that. But, in the Nyberg world, it will be the time we lost our Linnea.

Once I decided to start spreading the message of Linnea’s death to everyone, I was able to talk about the crash with a little less of an ache each time. But, it’s still brutal and every day is the emotional equivalent of walking uphill in mud. I don’t want you to experience it. I don’t want your loved ones to experience it. I don’t want you to wake up at 3:00 a.m., night after night, with the images of a car – with your young child in it – exploding onto a tree, over and over and over again, and wonder: Why, Linnea, why?

Will you honor her? I’m not asking you to send money anywhere or to any organization. Instead, please do this: Grab your teenage son or daughter – hell, grab the whole family – sit them down and make them read this. Tell them that distracted driving is six times more likely to cause an accident than drunk driving and that it kills 5,000 people a year. Tell them that there is a reason for speed limits and show them these pictures, especially the one of the crash scene.

I’ll never have her back, but maybe you can keep yours.


Ramesh Nyberg retired from law enforcement in November 2006 after 27 years in police work. He now owns his own private investigation agency, Nyberg Security and Investigations, and can be reached at Ramesh@NybergPi.com. He enjoys getting feedback from readers.