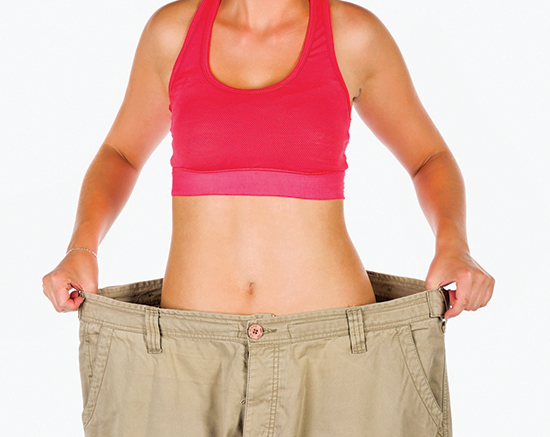 Almost as popular as “I’ve only had two beers”… In Ohio, the Montgomery County Sheriff’s Office issued a serious warning to residents: “Prior to wearing someone else’s pants,” it stated in a Public Service Announcement posted to Facebook, “please remove all drugs, drug paraphernalia, stolen property, or any other illegal items the ‘owner’ of the pants may have left behind.” That’s because, they continued, “ ‘these are not my pants’ is not an affirmative defense” to avoid arrest. The announcement did add a disclaimer to the bottom stating that “this message is not intended as legal advice. Please consult an actual attorney prior to wearing someone else’s pants with drug filled pockets. Thank you.” (Similarly, you cannot have a valid prescription for heroin, LSD or methamphetamine.)

Give him an “A” for self-awareness… A homeowner in Jefferson County, Colorado, caught a man as he was trying to break into a car. The homeowner called the police, but the failed burglar had fled before they arrived. However, just minutes later, the police found the suspect a short distance away, again trying to break into a truck. The police placed him under arrest, but his story doesn’t end there. After he bonded out of jail, officers were dispatched after receiving a report of an attempted vehicle break-in. When they arrived, they found the same man attempting to steal a car. As they placed him under arrest, he told the officers, “I really suck at this.” (It seemed so easy to do when he was at home playing “Grand Theft Auto.”)

This sample reveals that “urine” big trouble!… A woman in Pineville, Kentucky, who was due to visit her probation officer, knew that she would be required to submit a urine sample as one of the terms of her probation. Since she had been using Suboxone®, she knew she would fail the test and decided to take evasive action. The woman submitted urine from her dog. Not surprisingly, the sample did not pass the test. Arrested and jailed, she was charged with trafficking a controlled substance and tampering with physical evidence. (Lab results revealing she would give birth to eight puppies were then discarded.)

They’re going to love that story down at the jail… When a man started banging on her door around 11:00 p.m., the woman who lives alone in Rochester, New York, was immediately suspicious. “He was outside saying, ‘Please call an ambulance,’ saying, ‘I’m sick, I’m sick,’ ” she said. She called police, but refused to let him in. The man broke down the door and came in anyway, which made her angry. She says she then “picked up the table and I went to work on him.” The woman hit the intruder so hard, “the table broke.” She then grabbed a bottle of shampoo and squirted it on him – “in his face, all of it, the whole thing.” She was beating him with a broom when police arrived and arrested the man, but they had to take him to the hospital before jail. Even though she’s 82 years old, she’s no pushover: She’s a bodybuilder who works out daily and says she can deadlift 225 pounds. (Don’t let the orthopedic shoes fool you.)

Sort of like Goodwill “Hunting”… A woman stopped at a Goodwill store in Valparaiso, Florida, to pick up a gift for a baby shower. She was excited to find a Baby Einstein bouncer seat for just $9.99 – unopened and appearing to be new. Later, at the shower in Crestview, the father-to-be opened the box and found…a Mossberg® 715T semiautomatic rifle. “You guys got me a gun!” he shouted excitedly. The gun had live ammo loaded in it, so they called the Crestview Police Department. Initially, officers let the future dad keep the weapon, but later asked to hold it as they investigated the incident. “Goodwill has the best treasures for $9.99,” the woman gushed. (How sad – somewhere there is a baby who will never know the pleasure of owning a Mossberg 715T.)

My chemistry professor only taught us how to brew beer… In Arkansas, the Clark County Sheriff’s Office says two Henderson State University professors were arrested on charges of manufacturing methamphetamine. A spokeswoman for the Arkadelphia-based school says the two professors have been on administrative leave. She added that, three days earlier, police investigated a report of a chemical odor in the campus science center. Initial testing indicated an elevated presence of benzyl chloride in a laboratory, the school said. The arrests drew comparisons to the central character in the hit TV series “Breaking Bad,” in which a high school chemistry teacher began making methamphetamine. (That’s totally methed up…)

He better call Saul… The city of Tampa, Florida, sent a local man a bill for an incident of illegal parking it says occurred seven years and three months ago, something which cannot be proven or disproven. When he questioned the alleged infraction, he says he was told “the system” went looking for unpaid parking tickets and found his. A local journalist inquired further and was told that the ticket had originally been sent to the finance company which held the man’s lease. If that’s what actually happened, the man figures, it must not have been sent to him. “I don’t really know if this is a real ticket; if I ever paid the ticket; if I ever got the ticket.” But, he paid it anyway – $40. (“Okay, okay, I’ll pay the fine…in seven years and three months.”)

News flash: Handcuff keys can be purchased at Walmart and other “fine stores”…  It seems there is a problem in Portland, Oregon, where thieves like to steal bicycles. In fact, it’s such a problem there that the Portland Police Department has created a special Bike Theft Task Force. One of its officers recently parked his bike in front of the Multnomah County Courthouse and, since he had forgotten his U-Lock, he used his handcuffs to secure the bike to the rack. When he returned an hour later, he found his bike gone and the handcuffs dangling from the bike rack. The department is now asking anyone who spots a blue bike with a “Police” logo on the side to contact the police department right away. (Guess who is now on foot patrol?)

Publicity stunt – they actually work in the marketing department… Two General Motors employees were jailed after the Kentucky State Police busted them for allegedly street racing Corvette C8 test vehicles. The incident involving two company-owned Corvettes – which you can’t even buy yet – took place in Bowling Green, Kentucky, home to the Corvette manufacturing plant. The two men were reportedly arrested for reckless driving, racing motor vehicles on public roads and exceeding the speed limit. One is an analysis engineer and the other is an electrical engineer. (Engineers are purportedly smart people.)

Wyle E. Coyote would never have done it that way… A 36-year-old Florida man attempted a “not so great escape” – trying to hide from deputies underwater in a pond, a “ cartoon” stunt which failed dramatically when he came up for air. The Suwanee County Sheriff’s Office posted that he had warrants out for his arrest in Baker County for selling methamphetamine. When a deputy attempted to arrest him, he ran away and dove into a pond. “Now, we can only assume that [the accused] has seen one too many action movies and thought he could hide from the K9 teams by hiding under the water in a pond,” the post read. Deputies quickly spotted him when he came to the surface for air and made the arrest. He was arrested and transported still “soaking wet.” (Here’s another reason for banning plastic straws.)