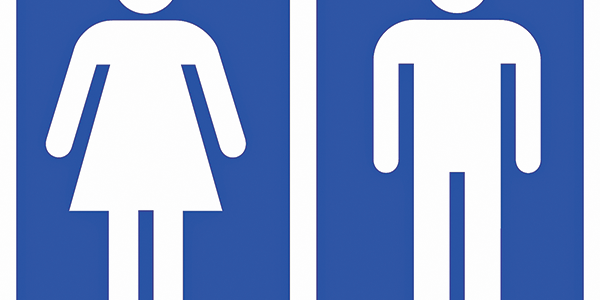 Can you hear me now?… A 69-year-old woman in Goodyear, Arizona, finally succumbed to a frustration many wives suffer. As her husband sat on the toilet, she barged in and “shot two bullets at the wall above his head to make him listen to me,” she told Goodyear police when they were called to the scene. The woman said her husband “would have had to be ten feet tall to be hit by the bullets,” but officers estimated the bullets struck about seven inches over the man’s head as he ducked. She was charged with aggravated assault. (On a positive note, he no longer has a problem with constipation.)

Nice “Top Gun” maneuvering, Maverick… The U.S. Navy says the air crew who used their warplane to create a vulgar skywriting above the town of Okanogan, Washington, have been grounded. An electronic warfare plane from Naval Air Station Whidbey Island created skywritings in the shape of male genitals in the skies over the rural community. Witnesses took photos and placed them on social media platforms, where they were widely viewed. The Navy said, “The actions of this aircrew are wholly unacceptable and antithetical to Navy core values. We have grounded the aircrew and are conducting a thorough investigation and we will hold those responsible accountable for their actions.” (Is this listed in the Washington “penal” code?)

“Not tonight, honey. I’m tired. Yeah, me, too.”… A 52-year-old man from Elgin, Illinois, had been using a Web site to meet up with “ladies of the evening” at local motels. Upon finding a new profile which interested him, he told his wife he’d be going out with his coworkers and made arrangements to meet for a “business transaction” in a neighboring town. The profile of this lady cited her age as 27, along with a faceless photo. The eventual “business” meeting took a troubled turn and a motel’s front desk was alerted of a noise disturbance after the call girl showed up at the hotel room and discovered that the man she had come to meet was her own husband of 19 years. It turns out the man’s wife had lied about her age in the profile. (That’s an awful version of the “Pina Colada Song”!)

“Paging MacGyver. MacGyver, please pick up the red courtesy phone”… A Kentucky driver pulled over so he could record video of a highly unusual sight – a car using a furniture moving dolly in place of a missing wheel. The video showed a car traveling down a Pikeville road with one of its rear tires missing and a furniture moving dolly in its place. As he recorded the video, the man said, “Only in Pike County.” Another man took a photo of the car after it reached its destination at an auto shop. That photo showed an ambulance parked next to the car while amused EMS responders stood by. (Technically, the car is now a “seven-wheeler.”)

Who says that law enforcement doesn’t care?… In northeastern Pennsylvania, police say they put about $1,600 worth of crack cocaine in their “lost and found box” in hopes of reuniting the drug with its rightful owner. The drug was found in the parking lot of a shopping center outside Wilkes-Barre. In a Facebook post, headlined “FOUND ITEM,” Wilkes-Barre Township Police quipped the drug had been placed in the department’s “lost and found box” and invited the owner to come retrieve it. The post requested a picture of the crack’s owner holding the drug, along with an ID and a “written statement containing your claim to the stuff.” (These types of incidents always crack me up!)

A new form of “work release”… A group of inmates in Mississippi broke out of jail, only to break back in later. The four men jumped the fence of the Holmes-Humphreys County Correctional Facility and broke into a Dollar General store less than a mile away. “They stole cigarettes, cigarette lighters, phones, and just items they felt they could sell in jail,” said the Lexington Police Chief. Rather than running to potential freedom, the men snuck back into jail, going unnoticed. All four of the men maintain their innocence, but authorities claim that surveillance footage helped identify them. (They probably feel that the additional time added to their sentences for escaping should be removed for returning.)

Is this where the “Mile High” city gets its name?… Truley: “Hey I am very sorry truley. I am such a dumbass. Please forgive me.” Evidently, the person who had scratched the bumper of a woman’s car while it was parked in Denver, Colorado, left a note – and compensation – on her car. In an envelope in a plastic bag, along with the note, there was $40 cash – and half a joint. The money, she said, will go to try to fix the scratch, but she doesn’t know what to do with the marijuana. “I’m not a smoker,” she said. “I’m a runner.” (I have a feeling the other half of the joint may have contributed to this collision.)