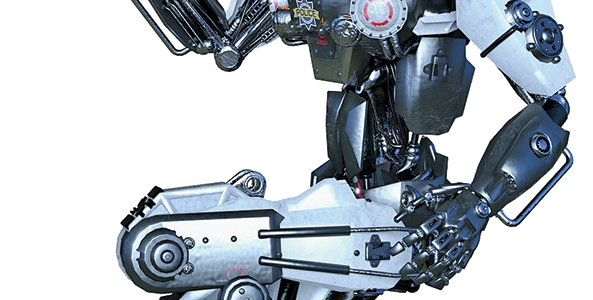 When I started out as a young, wet behind the ears police officer, I never imagined many of the advancements in technology and training which are available today.

Back in “the good old days,” in-car computers were a distant dream. Cell phones were bulky and expensive. Firearms training was nothing more than static shooting on stationary paper targets. Patrol rifles were unheard of outside of special teams and assignments, and the only optics anyone talked about were the reading glasses found on the “old guys.” Twenty-three years later, I’m one of the old guys with reading glasses, but our training and gear continues to develop even quicker than I could have envisioned.

The routine use of patrol rifles has gained widespread acceptance over the past several years. Today, it’s unusual to see a patrol vehicle without a reliable duty rifle mounted within easy access. Unlike previous generations of police officers, we have the capability to bring increased accuracy and range to lethal encounters which allows both officers and communities to be better protected. However, the use of rifles, particularly indoors, has shone light on another problem: hearing damage and loss.

This will likely result in more widespread use of “silencers” on patrol rifles. Hearing protection is more important than most law enforcement officers and administrators will admit. Aside from the quality of life issues, an on-the-job injury claim of permanent hearing damage is extremely expensive. Hearing aids cost approximately $2,000 each and need to be replaced about every five years. For a 40-year-old officer who lives to 80 years of age, this means the on-the-job injury claim could cost over $32,000. A bona fide example of this problem is the experience of the Spokane Police Department. In late 2017, it was announced that the department’s 181 patrol rifles were to be equipped with suppressors (sometimes erroneously referred to as “silencers”). This was the result of five officers within the department who have filed claims with the Department of Labor and Industries as a result of hearing loss from gunfire. In one incident, an officer was forced to utilize his patrol rifle in close proximity to another officer, who was left with permanent hearing damage. A high quality suppressor runs approximately $800 and can last tens of thousands of rounds with proper maintenance and use. The cost of hearing aids compared to the low cost of a quality silencer should make the bean counters stand up and take notice!

Suppressors take the edge off the “loudness” of firearms. Typically, patrol rifles produce up to 152 dB of sound. A suppressor can lower this level of noise to 134 dB, lower than the OHSA standard for sound which can create permanent hearing loss, 140 dB. Utilizing these devices reduces the potential for hearing loss and provides an environment which promotes better communication between officers and dispatchers, allowing them to interact more effectively during life threatening incidents.

Another tool which will make our patrol rifles more effective is a greater use of night vision and thermal imagers. We are all familiar with the performance advantages a quality flashlight has provided for our duty rifle setup, but more and more patrol rifles will shift from lighting up the dark to seeing in the dark. Night vision and thermal imagers give officers a big advantage by allowing them to operate safely and more efficiently in low light. As this technology improves, these products will continue to become lighter, smaller and more affordable.

The difference between night vision and thermal imagers is fairly simple. Night vision equipment gathers whatever ambient light is available and magnifies it into an image which can be seen by the operator. Since night vision uses visible light, it cannot be used during the day. In contrast, thermal imagers read the small differences in temperature between an object and its environment to create an image for the user.  They can be used day or night to detect these differences in temperature. Accordingly, the image of someone hiding in the bushes during the day will be displayed at almost the same quality as that same person hiding in the bushes at night. However, night vision devices typically provide better target recognition and identification compared to thermal.

When it comes to higher resolution and better target identification, the “seeing in the dark” industry is working overtime to make our jobs safer. Beyond the addition of more traditional night vision and thermal imagers on patrol rifles, the next step along the technological highway is the use of ShortWave InfraRed (SWIR) systems. SWIR optics produce high resolution images which offer a distinct tactical advantage over night vision and thermal imagers. SWIR makes objects easily recognizable and increases the user’s ability to identify an object or individual.

Speaking of optics, anyone paying attention to the retail and competition markets wouldn’t be surprised to hear there will be more widespread acceptance and use of red dot optics on duty handguns. Trijicon, Leupold, SIG SAUER®, and others are getting closer to duty-ready red dot optics for handguns. The problem of battery life is close to being solved, leaving the question of duty-ready reliability to be fully answered. The major handgun manufacturers already produce their own line of optics-ready handguns.  GLOCK® has the Modular Optic System (MOS) line, Smith & Wesson® has the M&P® Competition Optics Ready Equipment (C.O.R.E.) models, and SIG SAUER is ready with their P320 RX. These are proven versions of their law enforcement duty guns and are ready to ride in your duty holster today.

The wave of sound suppression technology and popularity will continue by making its way into our duty holsters. We will soon find integrated suppressors on duty handguns. There are several viable options currently available on the market today.  The Maxim 9 by SilencerCo is an example of an integrally suppressed 9mm handgun built for holster carry (https://silencerco.com/maxim/).The Maxim 9 is capable of using any quality 9mm ammunition, but the use of subsonic ammunition really sets this handgun apart. How much quieter is the Maxim 9 compared to a normal 9mm duty handgun? How about dropping the decibels from approximately 159 to 136 decibels!  Repeated use without hearing protection can still result in hearing damage, but this represents a much safer sound level for our officers.

On the street, shot placement requires officers to consider the 360 degree aspects of the human torso. So, on the range, trainers will use more three-dimensional targets to better replicate and duplicate the human form. These targets will become increasingly realistic with the addition of three-dimensional vital organs included in target zones for better shot analysis. This allows shooters to see hits in relation to a threat’s heart, lungs, spinal cord, and brain. Shooters not only have to consider shot placement when shooting directly in front of the target, but, in order to make combat effective hits, they will have to consider human anatomy when placing shots from angles.

Targets will also become more reactive. Combat effective hits will result in a visual response from the target. Systems like the Action Target AutoTargets are a good start (https://www.actiontarget.com/products/autotargets/). This system uses built-in WiFi to create a network of targets which can be set up in nearly unlimited configurations over great distances. It uses hit sensing technology to provide instructor and shooter feedback without the need to continuously tape and replace targets. But, one of the best features of this hit sensing technology is the ability to program the system to react by falling or swinging down when one, or more, combat effective hit(s) is made. The next evolution of this type of system will be truly wireless and portable systems using three-dimensional moving and reactive targets. These moving targets will utilize the wireless hit sensing technology to confirm good hits and will result in a falling target.

Training will include more moving targets. Moving targets will move in three dimensions rather than just side to side to better simulate actual gunfight conditions. These moving targets will be combined with more threat/nonthreat targets requiring officers to identify and engage the threat targets without endangering nonthreats in the area. This will also require officers to evaluate the environment before engaging threats.  Cardinal Firearms Safety Rule #4 will take on greater meaning in these drills and scenarios: Be sure of your target, backstop and beyond.

The philosophy of our firearms training programs will involve making greater use of the new generation of duty weapons and targets. Expectations will increase, leading to a higher level of competency. Innovative departments and instructors will be presenting more advanced drills which combine multiple firearm, tactical first aid and emergency communication skills. The fundamental skills will always be important, but these skills will be applied in more intense drills which may begin with initial threat contact, transition to use-of-force decisions and practical application, emergency communication skills, custody response, and after action first aid assistance. There are agencies which already do this, but, moving into the future, more training will include these critical areas.

Looking back at the old guys, it’s amazing they were able to accomplish so much without all the gizmos and gadgets which we now take for granted. I’m confident that, in a few years from now, as technology continues to evolve, new recruits will be thinking the same thing. Our duty guns and firearms training programs are about to take a giant leap forward. From suppressors and better optics on patrol rifles and handguns, to training philosophies and target systems which push officers to increase their skill level, our police officers will be better prepared and equipped to deal with the law enforcement challenges of the future.