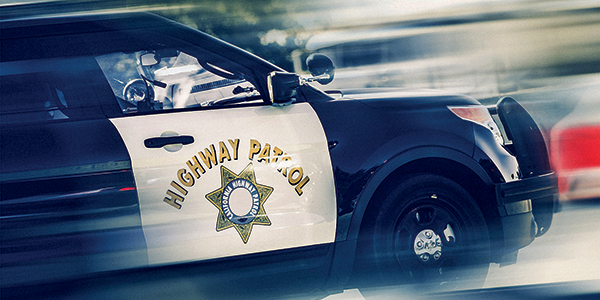 Living in the Los Angeles area, hardly a week goes by that I don’t view a high-speed police chase being covered on television.

The National Highway Traffic Safety Administration (NHTSA) estimates that about 360 people are killed annually and many more are seriously injured as the result of police pursuits. This number includes suspects, police officers and bystanders alike.

Currently, spike strips manually laid across the road by officers are commonly used to terminate a high-speed pursuit. However, there are risks associated with the use of these types of devices. Numerous law enforcement officers have been killed or injured while deploying roadside tire deflation devices.  Consequently, in 2012, Dallas police outlawed the use of spike strips after five officers from around the nation lost their lives while deploying them. Reliable devices, such as the Stop Stick® Tire Deflation Kit (which is deployed utilizing an 80 foot cord), allow an officer to stand a safe distance from the road. However, the police officer can still be in harm’s way from a fleeing car trying to avoid the Stop Stick device.

One new product is seeking to help deploy spike strips in a safer manner. NightHawk® spike strips are remotely launched and retracted, thus keeping the officer out of harm’s way. The dual button remote operates at up to 100 feet away while deploying a string of spike strips. It takes less than two seconds to deploy and the same amount of time for retraction, leaving no potential hazards on the roadway. According to the company, the device is reliable in all weather conditions and it can deploy a line of spikes approximately 24 feet wide (the spike strips themselves are 13-15 feet wide, but there is also a “null zone” which is included to keep officers out of harm’s way – for example, you can put the case down on a shoulder or in a grassy area off the road, etc.). The spike strips and remote control are contained in a 20″ x 9″ x 15″ case which weighs 30 pounds and houses the deployment mechanism. Visit http://tinyurl.com/y8ynzldr to see NightHawk in action.

Unfortunately, more automakers are now eliminating the common spare tire and car jack through the use of run flat tires, in order to reduce weight as one way to meet tougher fuel economy standards. Run flat tires render spike strips ineffective, since vehicles equipped with these types of tires can travel 50 miles or more after they have been punctured.

At certain times, the perp’s vehicle may be stopped by using a Pursuit Immobilization Technique, or PIT. Here, an officer maneuvers the police car to strike the fleeing car by hitting it near its rear wheel, turning it sideways and forcing it to a stop. However, there is always the risk that the suspect might lose control and hit a bystander’s vehicle or drive off again after he or she has stopped.

A number of police departments have adopted policies against chasing suspects. While avoiding chases associated with minor infractions is a valid argument, pursuits are still justified for serious crimes, such as homicides or carjacking. Therefore, safer techniques and technologies are needed, and are being developed, to end potentially dangerous pursuits. Several of these involve mechanical devices, while others could take advantage of autonomous vehicle technologies, as well as vehicle to vehicle (V2V) technologies, being rapidly developed.

One such product is the Grappler Police Bumper, a device which utilizes two extending arms attached to the front bumper of a police car. As the arms are lowered, a durable nylon web is extended until it is positioned just a few inches above the road. The pursuing officer needs to drive close enough to the suspect’s rear wheel so that it catches. The net is then drawn up and around the rear axle, stopping the wheel from turning. This net is also connected to a long tether which can be used to further slow and restrain the vehicle – or it may be detached at any point so that the police car is free to continue driving if the suspect attempts to flee on foot.

The Grappler’s demo process has recently begun. In mid-September, the company will undertake a three week trip across the US visiting the agencies which have requested an up close look at the effectiveness of the Grappler. Visit www.policebumper.com to see the Grappler in action, including a Dodge Charger easily stopping an F-350 pickup.

The MobileSpike is another potential device used to deflate tires from the safety of a police cruiser while protecting the lives of law enforcement, bystanders and suspects. It consists of a combination push bumper and a compressed air actuated mechanical arm, all weighing about 86 pounds. The officer positions himself alongside the suspect’s vehicle with the front bumper located ahead of the rear tire. After pressing a dash mounted activation button, the arm, equipped with a flexible spiking strip attached at the end, extends either to the left or right. The officer then slows down and the spiked strip goes under the tire. The arm retracts automatically back into the push bumper mounting when the button is released.

The MobileSpike’s slow, controlled deflation can safely end a chase in under 60 seconds and at speeds of 15 to 120 mph. The system can be mounted to operate from either side of a police car. Rather than popping the tire, the spike is a hollow “quill” which lets the air flow out of the tire. The device has been tested under various heat, snow, ice, humidity, and terrain conditions with the help of law enforcement agencies in Alaska, Arizona, California, Florida, Georgia, Michigan, and Washington. The MobileSpike is still in the final development stage.

One way to increase officer safety while managing dangerous high-risk vehi­cle events and pursuits is with StarChase, a “Pursuit Management System.” Unlike tire deflation or other invasive approach­es, StarChase is a tool which does not alter the suspects’ vehicle dynamics. This is an extremely important liability point for agencies to weigh when developing their pursuit reduction strategy. StarChase is a long-standing, commercially available tool being used in over 40 states. The tool enables law enforcement to “GPS (Global Positioning System) tag” a suspect’s ve­hicle from a dual barreled, compressed air unit located in a police car’s grille. The GPS tags have an industrial-strength adhesive in order to securely stick to the target vehicle and a remote laser sight is used to acquire the target vehicle while moving or stationary. The tag is deployed using an in-car console or remote key fob.

Once the suspect’s vehicle is tagged, the pursuit is terminated and the GPS module begins to transmit the vehicle’s coordinates, heading and speed every three to five seconds to a computer lo­cated at police dispatch on which the tagged vehicle is monitored via a dig­ital road map. The GPS tag can relay information back to dispatch for several hours, so the vehicle’s precise location is always known. With this system in place, the officers can pull back and wait for backup, then make contact at the time and location of their choosing. Believing that they are no longer being followed, data shows that suspects often return to normal speeds or even stop, allowing for safer apprehension.

The tracking data from the StarChase system can be downloaded, retained and used as evidence in court. From a legal standpoint, unlike other GPS de­vices which are hidden underneath cars, the StarChase tagging device is in plain sight. A recent Supreme Court ruling does not bar law enforcement’s use of StarChase because it is considered a reasonable “search” under the Fourth Amendment, as there is probable cause to believe that the vehicle they are track­ing is being used in the commission of, or an active escape from, a crime. Oth­er GPS devices used for the long-term tracking of a suspect’s vehicle require a warrant.

Another technology, V2V, could be an answer to ending high-speed pursuits. Generally, it could perform the same function as the StarChase system in monitoring the location of a suspect vehicle, allowing police to wait to move in for an arrest when appropriate and safe. Systems like OnStar, LoJack® and the new Hum by Verizon provide some form of vehicle locating. For example, OnStar uses GPS to pinpoint a stolen vehicle and help authorities quickly recover it.

Vehicles with OnStar’s Remote Ignition Block go a step farther, allowing an OnStar Advisor to send a signal to slow the vehicle or prevent it from restarting. OnStar can send a Stolen Vehicle Slowdown® signal to help authorities recover a vehicle, reducing high-speed pursuits. Once police confirm that conditions are safe, OnStar can send a signal which gradually slows the vehicle. However, a relatively small number of vehicles currently utilize OnStar services.

In the future, self-driving technologies, already available or under development, could be used to eliminate the need for high-speed pursuits. For example, BMW (working with Siemens) is developing the Emergency Stop Assistant, a system which switches over to an autonomous driving mode should the driver become incapacitated by a health emergency, for example. Using technology like Lane Change Warning and Active Cruise Control with Stop and Go, the Driver Assistance system would robotically bring the BMW to a safe stop at the side of the road. Using V2V technology, law enforcement could tap into same system to bring a high-speed pursuit to an end.

The significant advantage provided by autonomous driving technology is that new capabilities can be added merely by upgrading or modifying software – avoiding having to add new hardware. This means additional capabilities could be incorporated into vehicles already on the road, just like Microsoft® and Apple® update their computers and smartphones. Tesla is currently doing this via the Internet.

The downside is that these technologies will not be widely available in a significant number of vehicles for years. For instance, Federal laws requiring V2V in new vehicles won’t begin until about 2020-2022. Likewise, self-driving or autonomous vehicles will not start appearing in dealer’s showrooms in large numbers until the early 2020s. And, since many bad guys tend to drive older cars, it could take even longer before pursuits become a thing of the past. Therefore, vehicle pursuits and items like spike strips, the Grappler and MobileSpike will continue to be part of law enforcement’s equipment inventory and cops will have to hone their skills in using them safely.

Bill Siuru is a retired USAF colonel. He has a Ph.D. in mechanical engineering from Arizona State University. For the past 46 years, he has been writing about automotive, aviation and technology subjects.