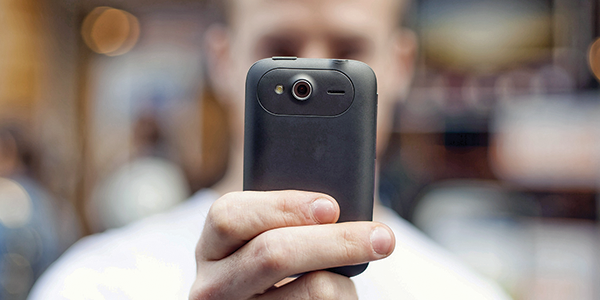 A First Amendment Right to Record the Police

“Every Circuit Court of Appeals to address this issue . . . has held that there is a First Amendment right to record police activity in public.”

With major advances in technology and the widespread ownership of smartphones, civilian recording of police officers has become common place. Recently, in Fields v. City of Philadelphia (3rd Cir. 2017), the Third Circuit joined a growing array of federal circuit courts across the nation, ruling that the public has a First Amendment right to photograph, film or otherwise record police officers conducting their official duties in public places.

In this case, Richard Fields and Amanda Geraci attempted to record Philadelphia police officers carrying out official duties in public, but were stopped. Fields, a sophomore at Temple University, was on a public sidewalk where he observed a number of police officers breaking up a house party across the street. “Using his iPhone®, he took a photograph of the scene. An officer noticed Fields taking the photo…and ordered him to leave. Fields refused, so the officer arrested him, confiscated his phone and detained him. The officer searched Fields’ phone and opened several videos and other photos. The officer then released Fields and issued him a citation for ‘obstructing highway and other public passages.’ These charges were withdrawn when the officer did not appear at the court hearing.”

Geraci, a member of a police watchdog group, attended a protest at the Philadelphia Convention Center. “She carried her camera and wore a pink bandana that identified her as a legal observer. About a half hour into the protest, the police acted to arrest a protestor. Geraci moved to a better vantage point to record the arrest and did so without interfering with the police. An officer abruptly pushed Geraci and pinned her against a pillar for one to three minutes which prevented her from observing or recording the arrest. Geraci was not arrested or cited.”

Fields and Geraci brought suit against the City of Philadelphia and certain police officers, alleging that the officers illegally retaliated against them for exercising their First Amendment right to record public police activity.

The critical question addressed by the court was whether private citizens have “a First Amendment right of access to information about how our public servants operate in public.”

“Every Circuit Court of Appeals to address this issue (First, Fifth, Seventh, Ninth, and Eleventh) has held that there is a First Amendment right to record police activity in public.” And here, in Fields, the Third Circuit followed suit and held that “the First Amendment protects the act of photographing, filming or otherwise recording police officers conducting their official duties in public.”

“With technological progress and the ubiquity of smartphone ownership, we are now in an age where the public can record our public officials’ conduct and easily distribute that recording widely. This increase in the observation, recording and sharing of police activity has contributed greatly to our national discussion of proper policing.”

According to the court, “the First Amendment protects actual photos, videos and recordings, and for this protection to have meaning the Amendment must also protect the act of creating that material.”

The plaintiffs argued that the act of recording is “inherently expressive conduct,” like “painting, writing a diary, dancing, or marching in a parade.” But, “regardless of the merits of these arguments,” reasoned the court, this “case is not about people attempting to create art with police as their subjects. It is about recording police officers performing their official duties.”

“The First Amendment protects the public’s right of access to information about their officials’ public activities. Access to information regarding public police activity is particularly important because it leads to citizen discourse on public issues.”

“To record what there is the right for the eye to see or the ear to hear corroborates or lays aside subjective impressions for objective facts. Hence to record is to see and hear more accurately. Recordings also facilitate discussion because of the ease in which they can be widely distributed via different forms of media. Accordingly, recording police activity in public falls squarely within the First Amendment right of access to information.”

“Bystander videos provide different perspectives than police and dashboard cameras, portraying circumstances and surroundings that police videos often do not capture. The public’s creation of this content also complements the role of the news media.” Such “private recordings have improved professional reporting, as ‘video content generated by witnesses and bystanders has become a common component of news programming.’ ”

“Moreover, the proliferation of bystander videos has ‘spurred action at all levels of government to address police misconduct and to protect civil rights.’ Just the act of recording, regardless what is recorded, may improve policing.” Indeed, “bystander recordings can exonerate an officer charged with wrongdoing.”

Clearly, not “all recording is protected or desirable. The right to record police is not absolute. ‘It is subject to reasonable time, place and manner restrictions.’ But, in public places, these restrictions are restrained. If a person’s recording interferes with police activity, that activity might not be protected. For instance, recording a police conversation with a confidential informant may interfere with an investigation and put a life at stake.”

“In sum, under the First Amendment’s right of access to information, the public has the commensurate right to record – photograph, film or audio record – police officers conducting official police activity in public areas.”

Having decided the existence of this First Amendment right, the court went on to decide that the officers in this case were “entitled to qualified immunity,” primarily because the state of the law at the time did not give “fair warning so that every reasonable officer knew that, absent some sort of expressive intent, recording public police activity was constitutionally protected.”

Larry E. Holtz has served as a Detective Sergeant with the Atlantic City, New Jersey, Police Department; a Deputy Attorney General for the state of New Jersey; and an Assistant County Prosecutor. Mr. Holtz is a certified police trainer and teaches on a regular basis. He is a member of the bar in New Jersey, Pennsylvania, and the District of Columbia and is admitted to practice before the federal bar in the District of New Jersey and the Third Circuit.