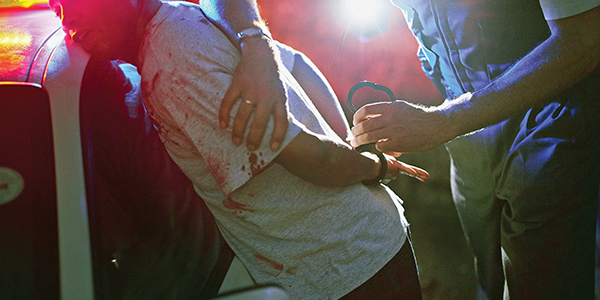 Managing Use-of-Force Incidents: Before and After

The nature of police work virtually guarantees that officers will become involved in confrontational situations and that they will have to use force at some point.

As a supervisor, you probably won’t be at the scene when it happens. Yet, even before a physical altercation (or an allegation of use of force) between a citizen and one of your officers takes place, you may have already contributed a great deal to the outcome of that use-of-force incident before it happened and you can certainly contribute a great deal to the outcome after it happened.

As a rule, subordinates will key on and often emulate the attitudes and actions of their supervisors. When a supervisor has a professional attitude in handling confrontational incidents and maintains a disciplined approach towards necessary and reasonable use of force against citizens when appropriate, then their subordinates are very likely to deal with the street situations they encounter in a similarly professional manner.

Here are a few hints on how to be sure that you are influencing your subordinates’ actions as much as possible before they encounter a use-of-force situation on the street (and how to handle the inevitable incidents after they occur).

Before – Be Sure They Know the Rules

I would like to believe that every department has a current and updated policy and procedure regarding use-of-force situations. This policy should be consistent with professional standards which have been set by either the IACP or a state level accreditation program. In addition, this policy should be reviewed annually and this review should be documented. Any agency which does not take such steps is leaving themselves wide open for serious legal problems.

However, even when these proactive steps are taken, the department’s official policies don’t always reach the officers and others who are most likely to have to use force in the course of their duties. To protect everyone involved, supervisors should be sure that their officers know and understand their department’s use-of-force policies. They should take responsibility for the proper training of their subordinates in this critical area. Don’t rely on whatever limited in-service training which might be offered once a year (or not at all!). Supervisors must ensure that, not only do their subordinates know the rules, but also that they can apply the rules to “street” situations. This type of training can occur in the classroom, at roll call, one-on-one in the supervisor’s office, or even over a cup of coffee out on the street.

The time for subordinates to become aware of the official use-of-force policies and procedures is before they have to use force, not while preparing testimony for their own trial.

Before – Discuss the Issues

Free and open communications between subordinates and supervisors can help clarify the issues involved in use-of-force situations. Subordinates need to know that unnecessary or unreasonable use of force will not be tolerated. Supervisors can use their influence and experience to teach their officers how to effectively use alternatives to force. They can also convey that, when force must be used, it should be the minimum necessary to affect the objective without unnecessarily endangering themselves, other officers or the public.

On the other hand, supervisors can also learn a great deal from this interaction with their officers. Subordinates can tell supervisors about patrol problems or departmental policies or procedures which may inadvertently lead them into unnecessary confrontations or use-of-force situations.

Open and frank discussions of past incidents or those which make the national news can also help everyone to put use-of-force issues into their proper perspective. Directly confronting those issues under “real-life” circumstances with “real-life” consequences will lead to a greater understanding of the issues by everyone involved in the discussions.

Whether the allegation of use of force was minor or major, the investigating supervisor’s role is to enter the investigation objectively and with an open mind. After a thorough investigation has been completed and all of the facts and circumstances surrounding the incident have been documented, then the supervisor can review the evidence and determine the appropriateness of the force which was used. To be fair, the finding of whether or not the use of force was justified and reasonable should be made from the perspective of the officer at the time and place that the force was used.

Officers should understand that supervisors will subsequently be required to investigate that use of force and they will have to document the circumstances of its use. Supervisors who remain objective, conduct a thorough investigation and fairly apply the appropriate laws and department policies to the situation will gain the respect and confidence of their subordinates. It will also ensure that their people will feel confident that their conduct will be judged fairly in their next use-of-force situation.
Keeping an open mind can help you to “expect the unexpected” as your investigation develops. As sometimes happens, the truth may lie somewhere between two accounts of the same incident. Your job is to define exactly where.

After – Investigate Early and Be Thorough

Witnesses can disappear or be intimidated, physical evidence can be obliterated or altered, and weather and lighting conditions can quickly change. To protect everyone, start investigating use-of-force allegations as soon as possible after they are reported by citizens or officers. Even if it is routine or a minor case, it is best to gather the facts quickly. The more serious the injuries or allegations, the more effort should be put forth immediately.
One such case involving a supervisor’s persistence involved a citizen who alleged that officers stopped his car, dragged him out and then beat him for no reason.  He claimed that the officers had slammed his face on the pavement, causing injuries to his nose and forehead. He clearly had such injuries at the time of his booking. The supervisor responsible for the investigation tracked down leads and made several trips to the scene of the arrest, attempting to find a witness to the incident. His diligence paid off when he found a recluse in the neighborhood who happened to be looking out her window and saw the whole incident.

Her version, consistent with the officers’ version, was that, when stopped by the police, the driver jumped out of the car and started running across a yard to get away (because of an outstanding warrant). She stated that the police didn’t have to catch him because he tripped on the border of a flower garden and landed flat on his face on the ground, thus receiving the “injuries.”  She went on to say, “Those officers were much gentler with him than I would have been.”  Without this diligence, the truth may not have been uncovered because the witness never left her apartment and would probably have not contacted the police regarding her information.

The findings in a use-of-force investigation have the potential to save or ruin careers, build up or tear down public trust and enhance or harm the reputation of your department. With so much at stake, the effort put into the investigation should reflect its importance.  Whether it involves digging for that extra witness, searching for that extra piece of evidence or running down endless bad leads, you should do it with all of the investigative ability you can muster. Certainly, you would want that kind of investigation done if it were your career which was on the line.

After – Document Your Findings

“Get it in writing…” an old-time investigator would repeatedly tell his young officers.  “If it isn’t on paper, then it didn’t happen,” he would further caution them.  Complainants, witnesses and even officers tend to forget, change their stories or embellish the truth. Take formal statements, get them as soon as possible and make them part of your report.

In addition, be sure to keep a written and detailed log of the leads you follow, the interviews you conduct and the evidence you find, or don’t find. It may seem like a great deal of work at the time, but one little documented detail can make a big difference months, or even years, later in a courtroom.

From the beginning of the investigation, prepare as if the case was definitely going to court. The overwhelming majority of cases will not go to court, often because a thorough investigation reveals that the allegation was false or the force used was justified and reasonable. But, you never know for sure.

A plaintiff’s attorney, once they get the real facts from someone other than their client, is not going to waste time on a case they can’t win. On the other hand, if they see no investigation, or a poor investigation, they will head for the courtroom like a coon dog hot on a fresh trail.

The purpose of a use-of-force investigation is to document as many of the facts and circumstances surrounding the incident as possible. When a thorough and complete investigation is done by an objective and experienced investigator, the final report will help to protect individual officers, the department and the public trust.

Ensuring that your officers know the use-of-force rules and having open discussions about critical incidents may seem like common sense to many experienced supervisors. Investigating allegations of force in a professional and thorough manner may also seem like common sense. However, too many supervisors, regardless of experience, underestimate the influence that they can have on use-of-force incidents –before and after they occur.

Note: Police Management Services, LLC is pleased to announce to the readers of P&SN that it is offering a new online supervisory training program. This online training is the equivalent of a four day training program at an academy. Please check their Web page at http://policemanagement.com/expert.html. For more information, you can reach them by E-mail at MCarpenter@policemanagement.com or by phone at (518)761-9708. Also, see their ad in this edition of P&SN.