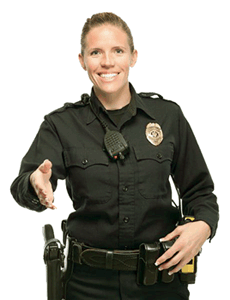 Rest assured that your officers are being watched and talked about by the public – both positively and negatively.

Your police department is unique. It differs in many ways from other departments – whether it’s the municipal agency next to yours or the county sheriff’s department with which you share a common border. Of course, there may be obvious differences in size, budget, structure, etc., but I think, more importantly, what makes your agency unique is how you provide service to the people in your area. There are more than 15,000 police departments in the United States and, even though they all perform the same basic function (“to protect and serve”), each agency is unique because they protect and serve a unique population in a unique way. This is important because, as a result of this, your department develops an attitude or an approach to how they protect and serve. We call this your “department culture.”

Whenever I’m hired by an agency for a consulting service, I always try to arrive a day early. Once I’m settled at my hotel, I get out and take a walk or a ride around the community to get a feel for the area and to see how “to protect and serve” is done by that particular agency. For example, I usually try to seek out one or more police officers who might be on foot patrol or in a squad car and simply ask for directions back to my hotel.  Those brief encounters may tell me a great deal about the “culture” of that department. These encounters may sometimes indicate whether I will be working with a progressive, citizen oriented police force or if I’ll be working with a closed and often outwardly negative agency which sometimes overtly projects an “us versus them” attitude.

The following is a list of five components which I consider to be primary in evaluating a police department’s “culture.”  The culture of a department, good or bad, is generally a direct result of the culture of its leadership.  We all know that “stuff” rolls downhill and, when it comes to attitude and professionalism, that rolls downhill, too.  How does your agency stack up?

When a citizen approaches a police officer with a simple request or a question, what are your officers’ attitudes?  Are they approachable and interested in helping their “customers” or does their body language deliver a “Don’t bother me” message to citizens? Customers should normally be treated with respect and with an open and friendly attitude. When your officers are approached, are they friendly or do they act as if giving directions or answering simple questions are not a part of their job description?

How far is an officer willing to go to assist a stranger trying to get back to his hotel?  “You’re only a little lost, but no problem. Follow me in your car and I’ll get you back to your hotel,” is a great way to impress a stranger. But, I’ve also heard, “What do I look like – the Chamber of Commerce?” or a vague “Head over in that direction – you can’t miss it” or even “Gee, I don’t know where that hotel is. I can’t help you.”  And, the one which really got me annoyed was “Ya’ know, there are apps for your phone which can give you directions.”

What would your officers say and do to help a citizen who was lost? Are you sure?

From the way officers present themselves, to the appearance and condition of their vehicles, to first impressions when walking into a police station, the appearance a police department projects to the public speaks volumes. Some tipoffs to me include dirty and dinged up patrol cars and sloppy or unkempt officers. When two or more officers are together, are they dressed alike and do they project a positive appearance?

The police department also tells me a great deal. It’s true that politicians control budgets and that every agency can’t have a brand-new multimillion dollar facility, but, sometimes, it’s the little things, like seeing litter on the floor of the lobby or having a neat and orderly dispatch area (especially if the public can see it from the lobby), that project an image of caring or not caring. Some of your officers might say that cleaning up a messy lobby which has overflowing trash cans and brochures scattered all over is the job of the janitor. Well, keeping a clean and orderly “house” is everyone’s job.

When a police officer walks into a messy house on a complaint, they sometimes think that the occupants don’t care and they may think, “How can they live like that?”  Well, what do customers think when they walk into an agency which is messy or see a police officer who looks like a slob? If the police leadership can’t keep their officers looking good or can’t arrange for the proper cleaning of their own building, can you really trust them to clean up entire neighborhoods?

Police officers generally work with little direct supervision. They travel throughout the community, interacting with all types of people. To be effective, they need to be disciplined in their words and actions.

How they interact with waitresses, clerks and each other while in the public eye is critical in assessing the “culture” which governs their conduct – good or bad. Their general language, conversation and general demeanor all reflect directly on the department. One of my former sergeants told us to stop in five businesses every day and spend at least five minutes in each of those businesses making small talk to the clerks or the owners or the customers. I was surprised how much positive feedback he and the other bosses got from the public about this little simple assignment.

How are your people handling themselves when they are out of your view?

Do your people look, act and perform like professional police officers?  Do they project the image of well trained, educated and disciplined protectors of the public?  Are they courteous and helpful to all citizens, from the homeless to the millionaires? Are they unbiased and nondiscriminatory in all of their actions and interactions with the public?

Professionalism is a package. Be sure that all of your people are delivering that package to the public on time and every time.

The few simple questions I ask police officers and citizens I encounter help me to gauge the level of public confidence in their police department.  Another small gauge of the culture of a department I use is to walk into a drugstore or local corner grocery store and, as I make a small purchase, I’ll randomly start talking to the clerk about the police department. It’s amazing what people will tell me – a perfect stranger – about the attitudes, encounters and even the personal lives of their police officers.

Even when you discount the very nature of police work as sometimes legitimately coming in conflict with citizens, there should be a certain level of respect or trust by the public.  Where there is no public confidence in the police, there can be no effective policing.  And, a lack of public confidence is a direct reflection of the police leadership of a community.

My brief afternoon or evening encounters with random officers, random patrol cars, random citizens and random police department facilities are far from scientific. My brief interviews with a few randomly selected citizens or police personnel are also not scientific. But, the impression of the police department I have at the end of the evening when I “unofficially” meet the random officer or talk to the random citizen on the street is usually the same impression I get when I “officially” meet staff the next morning. Those officers’ attitudes, appearance, conduct and professionalism nearly always reflect the department’s “culture” and leadership – good or bad.

How would your “departmental culture” stack up if I arrived in your community a day early?

Note:  Police Management Services, LLC is pleased to announce to the readers of P&SN that it is offering a new online supervisory training program. This online training is the equivalent of a four day training program at an academy. Please check the business homepage at www.PoliceManagement.com and click on the link “Training Programs.” For additional information, you can reach them by E-mail at   MCarpenter@policemanagement.com or by phone at (518)761-9708. Also, see their ad in this edition of P&SN.