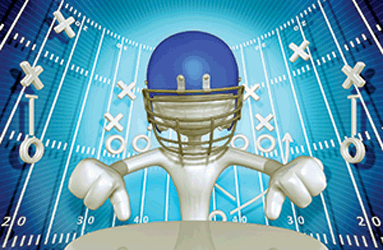 Don’t Put Up with Poor Performers

Do any of you play in those “Fantasy Sports Team” Leagues?

What a great concept: You can pick the best players for your team based on their past performance and potential. And, you can also try to balance your “picks” based on what position you need to fill on your team and how each of your picks might work best with the other “handpicked” players. Your list of potential players starts with the “best” and you “pick” your way down the roster until your team is completed. Of course, when one of your “picks” doesn’t produce results, you complain and curse and wish you had never chosen them – but, sometimes, you’re stuck with them.

Well, in some ways, we have the beginnings of our own “fantasy team” in law enforcement. We have the chance to pick our new employees based on past performance and potential. That’s what the testing process is all about. In theory, we have a list of “the best players” when we get the final list of candidates after they have completed the written test, oral interview, polygraph, background investigation, etc., etc. Then, the bosses decide what “players” to hire for a position and they hope that the new hires will work best with the other “handpicked” players on the department. Of course, when one of the “picks” doesn’t produce results, the bosses complain and curse and wish they had never chosen them and, then, that becomes your problem as their supervisor.

The Luck of the Draw

If you could handpick the people on your shift (like on a “fantasy sports team”), of course, you would pick all the “stars.” Unfortunately, you can’t handpick them. You get what you get, often with little, or no, input. Sometimes, officers are randomly assigned to your shift by the boss or, sometimes, you are moved to another shift as a supervisor. In getting to know your new officer or in getting to know your new shift, some supervisors use the bell-shaped curve. Students are placed on the academic bell-shaped curve based on performance and employees can also be placed on a bell-shaped curve based on performance. A teacher has the problem of having a class full of students who have a wide range of abilities and talents. You have that same problem as a supervisor. Teachers can’t overfocus on the problem students because the performance of the other students will suffer, but they can’t ignore them, either. You have that same problem as a supervisor.

Let’s talk about your problem employees. Nearly every command has them just like every class in school has them. And, of course, some create more problems than others for you, as their performance ranges from a “C-” to an “F.” You can recognize them in a couple of different ways. They continually violate basic rules; they either can’t, or won’t, follow proper procedures; and the quantity and quality of their work is far below that of the rest of the shift, etc.

What can you do about such poor performers? The first thing (and, maybe, the easiest thing) which comes to mind would be to ignore them. Well, you can’t – no more than a teacher can ignore the “C-” to “F” students in a class. So, what can you do?

First, you have a supervisory responsibility to use every motivational tool you can think of to help bring their performance up. Give them all of the necessary assistance and training they need to help them improve their performance. Then, counsel them and use every other positive professional management technique available to offer assistance. All employees deserve the opportunity to succeed and your job is to provide them with whatever it takes for that opportunity. Don’t try something once and, then, if it doesn’t work, just give up. It might take some additional time and effort to train or retrain some employees. And, as you reach out to these employees to improve performance, I would recommend that you document every action you take.

However, at some point, after you have exhausted all of your supervisory options without realizing an appropriate improvement in their poor performance, you must take actions which may result in “other arrangements” for your poor performer. Poor performers, by failing to respond to your efforts to assist them, have placed you in a position where you must take such action. Your failure to do so under these circumstances will negatively impact your career and reduce the overall effectiveness of your shift or unit.

As you consider what action to take, you need to consider several factors. First, talk to your boss before you do anything. There is no point in starting some type of discipline or remedial action against your employee if your boss is not going to support it. (For example: A sergeant disciplined an officer and gave him two days “on the bench.” The chief overturned that decision; perhaps because the officer and chief played poker together all of the time.) Also, make sure that whatever action you are considering is consistent with your agency’s bargaining contract and/or your agency’s policy and procedure dealing with “discipline” (or whatever you call it in your agency). You do not want to be the cause of starting a long and drawn out legal battle if your employee sues you or your department for an unfair labor practice or an illegal disciplinary decision which you might make.

To follow are common problems which may occur if you repeatedly fail to take the actions necessary to reduce, or eliminate, poor performance in your command.

When the hardworking officers on your shift or in your command see individuals repeatedly getting away with rule violations and generally poor performance, they naturally question why they are working so hard and following all of the rules. After all, isn’t everyone getting paid the same?

If equal pay means equal work, then they may feel that they should quit working so hard and conform to the poor performers’ work standard. After all, you are apparently willing to accept this poor standard.

The members of your command look to you for guidance and direction. When you repeatedly make good decisions and take appropriate actions, they continue to respect you.

However, the reverse is also true. If they perceive that you are unwilling, or afraid, to take action to correct a problem which is so obvious, they will lose respect for you as a commander. Once lost, that respect is difficult, if not impossible, to regain.

If one of your employees ignores or violates a minor policy infraction and you make a choice to ignore some sort of corrective action, this can quickly create problems for you. First, other employees will see your lack of action and they will begin to question your abilities as a supervisor. That doubt will then carry over into their day-to-day actions and may influence their overall performance.

Every officer on your shift carefully observes you every day to see what you do, when you do it and how you do it. If you are willing to accept poor quality and quantity of work from one of your officers, you have to expect this to affect the morale and motivation of your “A” and “B” officers. Ultimately, you will see decreased productivity from your entire team and this can ultimately render your shift or unit ineffective in meeting its goals. When it reaches that point, it might be time for your boss to make “other arrangements” for you.

To avoid the inevitable downward spiral of putting up with poor performers, all you have to do is to take appropriate action when it needs to be taken.

Insist on a reasonable quantity of high quality work. Require adherence to established policies and procedures. Be sure that the members of your command understand the rules and, then, enforce them equally for all.

Maintaining high, but reasonable, standards for you and your employees allows everyone in your command to know what is expected of them and to meet those standards. Individuals who choose not to maintain their performance at the expected levels are solely responsible for their own destiny and “other arrangements” may be in their near future.

Note: Police Management Services, LLC is pleased to announce to the readers of P&SN that it is offering a new online supervisory training program. This online training is the equivalent of a four day training program at an academy. Please check the business homepage at www.PoliceManagement.com and click on the link, “Training Programs.” For additional information, you can reach them by E-mail at MCarpenter@ policemanagement.com or by phone at (518) 761-9708.