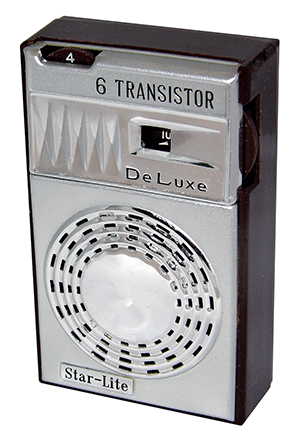 “The Times They Are A-Changin’ ”

Do you remember who sang that song? (Or, maybe you’re old enough to remember listening to that song on a transistor radio!) Either way, even though it was written more than 50 years ago, the fact is that the times are still changing…and, in some cases, changing very quickly. In the private sector, if a store doesn’t continually change by updating its inventory regularly based on customer needs, then it will lose its customers and, eventually, it will have to close. But, what about criminal justice agencies? Some knowledgeable people in the field claim that we are too slow to change and that agencies typically make changes only when they are forced to – either by new court decisions or by new laws. If that is the case, maybe that’s why some agencies have had some serious issues recently and may be one reason why policing is facing increasing scrutiny from many sides.

“So what!” some might proclaim. “Law enforcement hasn’t changed in centuries – bad guys commit crimes and we arrest bad guys. It’s that simple!” Well, as we know, it’s not that simple anymore. No one can argue – especially in the last couple of years – that agencies and individual officers have not been put under the magnifying glass of public scrutiny. Let’s not open up a can of worms about why this is happening or whether it’s fair or not. The fact is that it is happening and it will continue to happen into the foreseeable future. That means all agencies have to deal with this fact. So, it looks like we can continue to do the “same old” or we can make positive and forward thinking changes. Like any other business which wants to stay current and viable, let’s talk about making some adjustments. Change is necessary in any business – and maybe we should start considering ourselves a business. We provide a service to “customers” (just like any other business); we deal with many “repeat customers” (like any other business); it’s easier when our “customers” have some understanding of the services that we can, or can’t, provide; and we should plan on making changes now to do the job better in the future (and not wait until we are forced to change because of a court decision or a new law).

As a member of the command team in your agency, it is your responsibility to take the initiative and to implement change in a smooth and efficient manner. To do this, you must manage the change process from beginning to end.

Following a few simple rules can help make your job, and the jobs of your subordinates, much easier in implementing any change (whether big or small). The effective implementation of change in your agency (or unit or shift) will reflect very favorably upon your performance as a commander. Police supervisors who fail to effectively manage the change process run the risk of damaging their careers and not fulfilling the overall goals of the agency.

Prepare for the Change

Few changes are thrust upon you with absolutely no warning. A good supervisor stays alert to future change possibilities and can sometimes anticipate the direction where change might need to occur. For example, by monitoring recent court decisions, unusual local cases and nationally publicized incidents, you can gain valuable insight into what changes may be coming. I am continually amazed by how many supervisors and commanders in the field don’t regularly monitor the status of pending federal and state court decisions which could impact their job or they don’t bother to check the current events of what’s happening in policing.

Begin by discussing the subject or case or the incident casually with your employees. Gauge their reactions to some of the problems, issues or changes which might be brought about as a result of what has occurred. Allow them to vent their feelings and also to offer their ideas on the subject. Listen to them carefully. Their input and reactions should be important to you. Before the hint of change arrives on your department’s doorstep, you may have already identified problem areas and explored various options, as well as having identified the employees who may resist certain changes and those who are willing to readily accept certain changes.

If there is a change being considered, begin a dialogue with all employees who could be affected by an up-front and open discussion regarding the changes which are under review. If you find extreme resistance or overreaction to a particular alternative from your employees during your informal discussions, convey those concerns to your boss. If you sense strong feelings toward a particular alternative from your boss, convey that to your employees to help them prepare for that possible alternative. Such open communication could help to reach a compromise acceptable to everyone in the organization and could lead to a smoother transition rather than a “We’re doing it this way because I’m the boss” type of approach. Naturally, you must be careful during this procedure to ensure that you don’t violate anyone’s confidence, up or down the chain of command.

Be Honest and Straightforward

If you are a well respected and professional supervisor, your opinion on the matter under consideration should be valued by both your subordinates and superiors alike. If you are a respected and informed member of the management team, your honest and knowledgeable opinion can make a difference in what changes are made or when and how these changes occur. This is not the time to be quiet, since you will be living with the final changes as much as anyone else. But, it’s also not the time for an obscenity laced screaming rant, either. Make your opinions known on the matter in a professional and well-thought-out manner. However, keep a flexible stance and an open mind. You may not be privy to all of the facts or reasons for the changes until you have discussions with your bosses. Should new information be available to you, you may have to ultimately be responsible for implementing a decision substantially different from the one you originally favored. Even if that occurs, you will have gained respect from everyone for making your opinions known in a knowledgeable and professional manner.

When the decisions have been made at levels above your rank, it is finally time to explain the new change or new policy or procedure to your subordinates. This is often at a group meeting. Try to explain why the decision was made and why it was viewed as the best alternative. Focus on the factors which will affect your people personally. Also, help them to see how the change may favorably affect the department’s mission or maybe even to help them do their job better. As your initial opinion may have been swayed by new information or facts when you had a discussion with your bosses, now may be the time to “sell” the changes to your subordinates. Allow reasonable discussions on the matter and respond to all concerns as best you can. Assure them that you personally support the decision (to do less would be to fracture the management team and the unity of command and that could adversely impact your career). It is an important part of your job as a police supervisor to “sell” the decisions of your superiors, whether or not you agree with them, and to make it clear that you expect it to be implemented as quickly and as smoothly as possible.

When explaining the changes to your subordinates, of course not everyone will readily accept them despite your best efforts. Humans tend to resist change. (Did you ever notice that all of your officers sit in the same chairs during every roll call or at your briefings?) When you feel that the subject has been fully presented and discussed, and that a large majority of the employees will accept the changes, then end the meeting. If you feel it is necessary to continue the discussion with a particular employee, you may want to meet them one-on-one in your office. Further discussion may be worthwhile, but eventually the discussion must end and you must make it clear that the appropriate changes must be implemented by all employees, whether they personally agree with them or not.

Since it is a part of your job on the “management team” to implement upper level decisions, be sure that you do so honestly. If you do not convey the impression that you personally support the decision and that you seriously intend to see this change implemented, then your people will not take the change seriously and may tend to ignore it. (Don’t start your roll call by saying something like, “The Chief must be smoking some good stuff lately! You won’t believe the latest bunch of crap that he expects us to do.”) That will lead to problems within your unit or shift and will ultimately cause problems and conflict up and down the chain of command. You will become the person in the middle and the resulting turmoil will undermine your authority (because you know that, sooner or later, what you said will get back to the Chief) and it will adversely affect your career. In addition, you will be seen as an ineffective leader when your people don’t implement the directed changes.

Change will continue to occur in police work as it does in the rest of the world. Like it or not, in the next couple of years, we could be looking at significant changes. Those who accept the necessary changes and manage the change process effectively will continue to be successful commanders. Those who can’t, or won’t, accept change will find themselves with chronic problems within their agency or within their units. Ultimately, those ineffective commanders will be removed from their command and replaced by someone who can effectively manage the change process.

Mike Carpenter has been working in the field of law enforcement for more than 30 years. He has written several books on the topic of police leader ship and supervision, as well as more than 100 articles for publications. He runs a successful consulting business, www.PoliceManagement.com. You can contact Mike at MJCarpenterX2@yahoo.com.