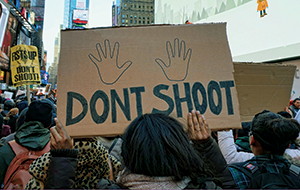 “Nyberg for the State, Your Honor”

I’ve been told by four different people that I should have gone, or should go, to law school. I don’t know. What would I do? Criminal defense? No. Civil? Ugh, maybe. Prosecutor? My heart would be in it, but it would have to be in the right jurisdiction.

I was very lucky during my two plus decades in homicide to have worked with some truly outstanding prosecutors, many of whom are judges now, but just as many whom I met in 1985 are still there. Being a prosecutor is an interesting, often stressful, job. Your first order of business is to assess the case which is brought before you. You don’t really have a choice of what you are going to try, as the cases are “blind filed” in a certain judge’s division (at least that’s how it is done here). The most critical obligation you have is to assess each case on its own merit and make sure that the public’s money is being utilized wisely in pursuing the prosecution. You literally represent the people – the crime is State (that’s all of us) vs. John Doe. That’s what has led to many, many arguments in prosecutors’ offices with police officers:

“Sorry, you don’t have enough here…”

“Bullshit! When is your office going to grow a pair??” And so on. Many of you have been there.

is an elected official. And that, my friends, can have a huge effect on what gets filed and what does not.

When the one who is running the show is essentially a politician who wants to remain in office, then big cases have to go through the political machine. What’s the public’s perception? What are the hot-button issues of the day? Which way is the wind blowing? I’ve walked into the State Attorney’s office here in Miami-Dade County with cases which were admittedly borderline when it came to trial worthiness and walked out with marching orders to “go get more evidence.” I’ve walked into the same office almost trotting to keep up with a salivating prosecutor who could not wait to file a case which was way less worthy because the defendant was a cop.

Today, we see prosecutors who are willing to push cases in front of the bright lights of the news media’s cameras and these cases are appallingly weak and lacking in elements. In most cases, those same prosecutors who will argue points about probable cause and witness credibility to the point of exhaustion will happily trample all over the tepid (or nonexistent) witness testimony and noncompelling physical evidence to throw the angry villagers (crowding city hall with their pitchforks) a bone to chew.

Regardless of how you feel about George Zimmerman, who has arguably proven himself to be an insufferable asshole, he never should have been charged in the death of Trayvon Martin. It was a terrible case and the prosecutors admitted it after the verdict of acquittal. They sheepishly got in front of the cameras and all but said, “Yeah, we knew the case sucked, but we covered our butts!”

The same goes for the deplorable actions of the Baltimore State Attorney Marilyn Mosby who filed charges of murder – murder! – in the now infamous death of Freddie Gray. At the time of this writing, three of the officers were acquitted of the charges. The judge presiding over the case said that the “prosecution failed to meet its burden to show that the actions of the defendant rose above mere civil negligence.” Outside, a spokesman for the Baltimore NAACP said in response that the “rules and laws need to be changed,” because things like police procedures, use of force and even the Bill of Rights are “difficult.”

So, because these things are “difficult” and a man riding in a police van died (oh, by the way, none of the other prisoners were injured in the least), the laws need to be changed?

Let me pause here to address anyone who is conjuring up a charge against me that I might be racist in some way. I don’t see any racial bias in this case. Eight of the twelve jurors who found the first officer not guilty are black – so is the officer and two of his codefendants and so is the judge.

The police union in Baltimore has accused the Baltimore State Attorney’s Office of malicious prosecution. They could have a point. Freddie Gray’s death came amidst a whirlwind of police involved shootings and brutality investigations, including Ferguson and the cases in New York. The public outcry was deafening. The pitchforks were waving outside city hall and Marilyn Mosby crumbled under the pressure.

Marilyn Mosby should resign in disgrace – so should any prosecutor who is willing to lock up innocent people just to toss meat to a ravenous and vengeful crowd.

And just how long do we put up with civic leaders who say that we need to change laws because they don’t like the outcome of a trial? Here are my questions for them and I hope someone asks them (in fact, I just might).

Which laws should be changed and what should they say after the revision? Do you want different laws for defendants who are police officers than for everyone else? Should certain classes or groups of people get special consideration, a special jury or a different level of burden of proof? Ah, that pesky old Fourteenth Amendment! I suppose we should do away with that silly thing they call, what is it, the “equal protection clause”? I mean who cares about the hard work of people like Dr. Martin Luther King and Thurgood Marshall, right?

Okay, I gotta go now. I’ve got letters to write.