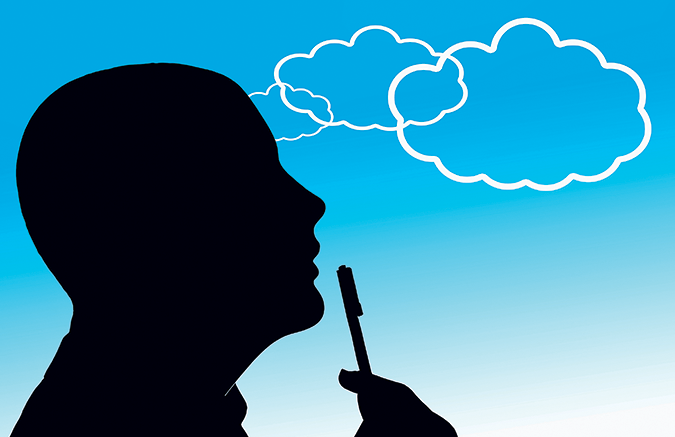 Critical thinking skills enable law enforcement personnel to analyze information and process it wisely in order to help determine the value of that information and make a decision.

There are too many documented instances of a suspect telling an officer, “I can’t breathe,” only to hear the officer say, “If you’re talking, you’re breathing.” Another example is a handcuffed suspect who tells an officer, “These handcuffs are too tight,” only to be told by the officer, “They weren’t made for comfort,” or “As you wear them, they will soften.” Because these are not isolated examples, you, too, can probably think of similar phrases you have heard from colleagues. One possible explanation for these types of responses is a lack of training in critical thinking.

College Web sites promise critical thinking will be taught to learners, yet few undergraduate programs include it. Professors claim to teach it, but few evaluate their students on it. Public safety academy and in-service instructors support its teaching, but few can give examples of where to find it in curricula or how it can be evaluated. Yet, in frustration, many administrators and/or colleagues will ask, “What was the officer thinking? Why didn’t (s)he do something? These officers can’t think today. Why won’t officers make better decisions?”

Public safety personnel are expected by the public, by their administrators and by others to engage in critical thinking when confronted with a situation. This presumption, which some people argue is indispensable for public safety personnel, reinforces it as a core task within the job description of public safety personnel. The Supreme Court of the United States (SCOTUS) held in City of Canton, Ohio v. Harris, 489 U.S. 378 (1989) that municipalities have an affirmative duty to train employees in core tasks. Municipalities and/or policymakers which fail to conduct such training may be found to be “deliberately indifferent” when it can be shown that there was an obvious need for more or different training, and the failure to train was likely to result in the violation of a person’s constitutional rights. In short, it is vital to include education and training about critical thinking in recruit and in-service training programs.

There are many critical thinking definitions, all focusing on the process of evaluating spoken or written statements. Critical thinking involves active listening, reading, evaluation of behavioral cues and signs, looking for hidden agendas, and thinking through the consequences of a person’s or a document’s claim(s). In other words, officers must carefully and deliberately determine if a person’s claim(s) should be accepted, rejected or if suspension of judgment is in order before deciding a person’s claim is true or false. Officers must also identify and consider the potential outcomes and consequences of ignoring such claims. For this article, the focus is limited to an individual’s claim.

Almost every day, public safety personnel engage people who may make claims about what the officer or others are doing, have done and so forth. Examples include saying, “I can’t breathe,” “I didn’t take no drugs,” “I didn’t do anything,” “I didn’t hit him,” and “Stop using excessive force.” Of course, the last claim may come in the form of a written “Citizen Complaint” which requires interviewing the officer(s) involved and performing an investigation. Internal Investigators and administrators must then use their critical thinking skills to judge if the claims are true, but that discussion is for another article.

1. Evaluating the information available and/or received from the individual or others and then assessing it (e.g., “I’m having difficulty breathing”). The officer must analyze and weigh the arguments and/or evidence presented. The officer must try to separate fact from opinion.

2. Determining if the claim appears to be true (err on the side of the claim) and

3. Forming a conclusion which, based on the officer’s reasoning, most likely, the person’s claim is true or false or, if there is not enough information, suspending judgment until more information has been obtained. Officers must also be aware of any conscious and/or unconscious bias creeping into their decision-making process.

Obviously, education, training, experience, and organizational culture may impact an officer’s ability to think critically about a claim made by individuals or others. Ask yourself, “Have I been trained to think critically?” Even more legally focused, has your employer trained you to use and apply the three critical thinking steps and also evaluate you on your conclusion when given situational-based scenarios? If “no,” your employer may have failed to train you and other employees on how to objectively evaluate a claim made by an individual and then reach a conclusion about it, in addition to creating a potential failure to train liability argument.

Asking officers how they used the three critical thinking steps to evaluate claims at the end of a scenario-based training exercise is important for the trainer to fully understand how officers arrived at their conclusions. If one or more conclusions are faulty and cannot be substantiated, remedial review and instruction can be immediately given to those officers before immersing them in another situational-based scenario.

Instruction in critical thinking must be viewed as a continuing process and not as a project. Simply providing a single lecture on the subject is not enough. Critical thinking must be reinforced daily through roll call training, by field training officers and by supervisors. Debriefing of incidents involving suspects or other claims which were evaluated and decided by officers is another excellent way to review critical thinking steps and how officers made judgments about those claims.

An officer’s experience may enhance or hinder his/her ability to think critically in a variety of situations. Officers with more life experience or with critical thinking training may develop better critically thinking skill sets and thus better decision-making than those officers with limited experience. Experience may include education and training. But, don’t be fooled by a colleague who boasts 20 years of “on the job” experience because, for some people, it is nothing more than one year of experience duplicated for 19 more years. Life experiences are often subjective, limited in scope and may not be good indicators of critical thinking skills. Many people can think of family members or colleagues who will not make decisions because they are afraid of making a mistake; do not want to be held accountable; or who simply cannot critically think about and evaluate the information given to them, thus prohibiting them from deciding. One must remember, however, that the failure to make a decision is a decision to not make one!

Have you ever worked for a strict, by the book supervisor, only to be promoted or transferred to another unit where the supervisor was disinterested or worse, telling everyone that, whatever you do, the supervisor will have your back? Some workshop lawyers and supervisors tell attendees or subordinates not to worry about using force because, with a consult, they can help with writing a report justifying it. Aside from being unethical, this attitude helps develop an unhealthy organizational subculture which can eliminate or dilute the importance of developing and using critical thinking skills.

Organizational subculture can be defined as the set attitudes and values which shape employee behavior. The subculture commands our attention because it is generally seen as a major obstacle to reform and, thus, a powerful force working to erode any reforms which are in fact achieved, such as education and training in critical thinking. Often within an organizational subculture, there are unwritten ground rules which produce the “actual” culture of the organization, unit and/or shift (e.g., in this unit, we do not follow policy). As previously mentioned, if officers know their supervisor will support them regardless of what they do, they may not practice critical thinking because event outcomes will not be viewed as negative by the supervisor.

Every week, there are stories claiming public safety officers did not act when they should have acted (think Uvalde, Texas); acted when they should not have acted (think George Floyd); or did not critically think about their actions (think TASER® deployment on a person drenched in gasoline). Increasingly, public safety officers are being criminally charged and civilly sued. It also appears that more officers are losing their criminal cases and being sent to jail (think Minneapolis officers who did not intervene and stop their supervisor’s force).

A growing number of states and municipalities are passing legislation which implicitly demands public safety officers critically think before acting or they may face criminal charges given a negative outcome (think death or serious injury). For example, in 2022, California Government Code Section 7286.5 changed regarding positional asphyxia. The law now requires law enforcement officers to reasonably monitor a person for signs of asphyxia. The law also prohibits agencies using or authorizing prisoner transport methods which involve a substantial risk of positional asphyxia. Obviously, training on positional asphyxia, asphyxia, asphyxiation, critical thinking, and the law must now be incorporated into the academy and in-service educational and training curricula.

Monitoring requirements for a restrained person involve an officer’s use of critical thinking skills. Should the restrained person claim breathing difficulty, the officer must decide if the claim is valid or if it is a trick to get the officer closer to them in order to attack. Similarly, officers must now critically think about how to position a prisoner for transport prior to the transport. Two Boulder County (CO) Sheriff’s Deputies were criminally convicted and are serving their jail sentences after a Boulder City officer asked them to transport a young male who was severely intoxicated. During the transport to an alcohol treatment center in a police van, the young man died.

Trainers, educators and administrators of public safety employees must educate and train learners, recruits and in-service personnel in the core task of critical thinking, including the steps involved in arriving at appropriate decisions, using a variety of topics with associated claims. Leadership and management must also continuously review these steps with subordinates so they remember and apply them. Examples may include using actual or hypothetical case studies, reviewing examples of poor judgment when facing claims, and so forth. Education and training on critical thinking must be an ongoing process. Employees need to be educated and trained about critical thinking concepts, and then be given the opportunity to apply the steps of critical thinking to evaluate a claim and to develop a conclusion, erring on the side of the claim, regardless of the organizational culture or subculture. Case studies and/or scenario-based training are two safe environments to evaluate critical thinking skills. Holding employees accountable without first educating and training them is unethical, unfair and morale depleting. In today’s changing society, employers, educators, trainers, leaders, and managers can no longer ignore the need for education and training about critical thinking and its application to hypothetical and to real claims, including assessing employee critical thinking skill sets, judgment and decision making.

John G. Peters, Jr., Ph.D. is a frequent contributor to Police and Security News. He serves as president of the internationally recognized training firm, Institute for the Prevention of In-Custody Deaths, Inc., and as Executive Director of The Americans for Effective Law Enforcement. An instructional designer, John has developed online programs for several universities, including a course on critical thinking. He has taught leadership, management, critical thinking, research methods, and statistics at the undergraduate and graduate levels. A judicially qualified expert witness, he has testified in international (Hong Kong), federal and state courts about use of force, arrest-related deaths, training, and policies.