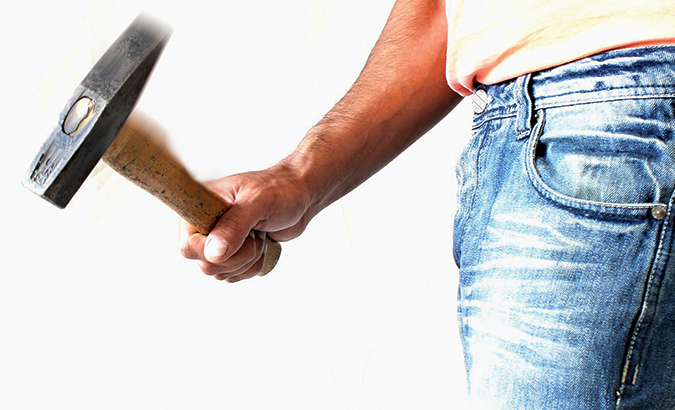 In the first case, City of Tahlequah v. Bond (10-18-21), the Court found that it was unnecessary to decide whether the officers violated the Fourth Amendment in the first place, or whether recklessly creating a situation which requires deadly force can itself violate the Fourth Amendment. In this case, the Court held that “the officers plainly did not violate any clearly established law.”

The facts unfolded in mid-August (2016) when Dominic Rollice’s ex-wife, Joy, called 911. “Rollice was in her garage, she explained, and he was intoxicated and would not leave. Joy requested police assistance; otherwise, ‘it’s going to get ugly real quick.’” Rollice did not live at the residence, but Joy indicated that he kept tools in her garage. Three officers responded to the call[. T]hey encountered Rollice at the side entrance of the garage and began speaking to him in the doorway. “Rollice began fidgeting with something in his hands and the officers noticed that he appeared nervous. Officer Girdner asked if he could pat Rollice down for weapons. Rollice refused.”

“As the conversation continued, Officer Girdner gestured with his hands and took one step toward the doorway, causing Rollice to take one step back. Rollice, still conversing with the officers, turned around and walked toward the back of the garage where his tools were hanging over a workbench. Officer Girdner followed, with the others close behind. No officer was within six feet of Rollice.” At that point, the officers ordered Rollice to stop. Rollice kept walking. “He then grabbed a hammer from the back wall over the workbench and turned around to face the officers. Rollice grasped the handle of the hammer with both hands, as if preparing to swing a baseball bat, and pulled it up to shoulder level.” The officers backed up, drawing their guns, and yelled at Rollice to drop the hammer. “He did not. Instead, Rollice took a few steps to his right, coming out from behind a piece of furniture so that he had an unobstructed path to Officer Girdner. He then raised the hammer higher back behind his head and took a stance as if he was about to throw the hammer or charge at the officers. In response, Officers Girdner and Vick fired their weapons, killing Rollice.”

Rollice’s estate filed suit, claiming that the officers were liable under 42 U.S.C. §1983, for violating Rollice’s Fourth Amendment right to be free from excessive force.

Finding in favor of the officers, the Court instructed that “[t]he doctrine of qualified immunity shields officers from civil liability so long as their conduct ‘does not violate clearly established statutory or constitutional rights of which a reasonable person would have known.’ ” Qualified immunity protects “all but the plainly incompetent or those who knowingly violate the law.” Here, neither the Court nor the estate administrator has identified a single precedent finding a Fourth Amendment violation under similar circumstances. The officers were thus entitled to qualified immunity.

In the second case, Rivas-Villegas v. Cortesluna (10-18-21), a 911 operator “received a call from a crying 12-year-old girl reporting that she, her mother and her 15-year-old sister had shut themselves into a room at their home because her mother’s boyfriend, Cortesluna, was trying to hurt them and had a chainsaw.” The girl said that Cortesluna was “always drinking,” had “anger issues,” was “really mad,” and was using the chainsaw to “break something in the house.” A police dispatcher relayed this information along with a description of Cortesluna in a request for officers to respond.

Officer Rivas-Villegas heard the broadcast and responded with four other officers. At the home, they were able to see through a window a man matching Cortesluna’s description. “One officer asked whether the girl and her family could exit the house. Dispatch responded that they ‘were unable to get out’ and confirmed that the 911 operator had ‘hear[d] sawing in the background’ and thought that Cortesluna might be trying to saw down the door.”

“After receiving this information, Rivas-Villegas knocked on the door and stated loudly, ‘[P]olice department, come to the front door[.] Union City police, come to the front door.’ Another officer yelled, ‘[H]e’s coming and has a weapon.’ A different officer then stated, ‘[U]se less-lethal,’ referring to a beanbag shotgun. When Rivas-Villegas ordered Cortesluna to ‘drop it,’ Cortesluna dropped the ‘weapon,’ later identified as a metal tool.”

“Rivas-Villegas then commanded, ‘[C]ome out, put your hands up, walk out towards me.’ Cortesluna put his hands up…walked out of the house and toward the officers[.]” At that point, Rivas-Villegas said, “Stop. Get on your knees.” He stopped 10 to 11 feet from the officers. “Another officer then saw a knife sticking out from the front left pocket of Cortesluna’s pants and shouted, ‘[H]e has a knife in his left pocket, knife in his pocket,’ and directed Cortesluna, ‘[D]on’t put your hands down, hands up.’ ” Cortesluna turned his head toward the instructing officer, but then lowered his head and his hands. At that point, one of the officers twice shot Cortesluna with a beanbag round from his shotgun, once in the lower stomach and once in the left hip.

Cortesluna brought suit under 42 U.S.C. §1983, claiming that Officer Rivas-Villegas used excessive force in violation of the Fourth Amendment. Finding in favor of the officer, the US Supreme Court reminded that “to show a violation of clearly established law, Cortesluna must identify a case that put Rivas-Villegas on notice that his specific conduct was unlawful. Cortesluna has not done so. Neither Cortesluna nor the Court of Appeals identified any Supreme Court case that addresses facts like the ones at issue here.” Instead, the Court of Appeals relied solely on its own precedent, citing a case which was “materially distinguishable and thus d[id] not govern the facts of this case.” Accordingly, Rivas-Villegas was entitled to the benefit of qualified immunity.

Larry E. Holtz has served as a Detective Sergeant with the Atlantic City, New Jersey, Police Department; a Deputy Attorney General for the state of New Jersey, and an Assistant County Prosecutor. Presently, Mr. Holtz is the Managing Editor of Blue360° Media, the largest US provider of legal information which is solely focused on serving law enforcement.Mr. Holtz is a certified police trainer and teaches on a regular basis. He is a member of the bar in New Jersey, Pennsylvania and the District of Columbia and is admitted to practice before the federal bar in the District of New Jersey and the Third Circuit.