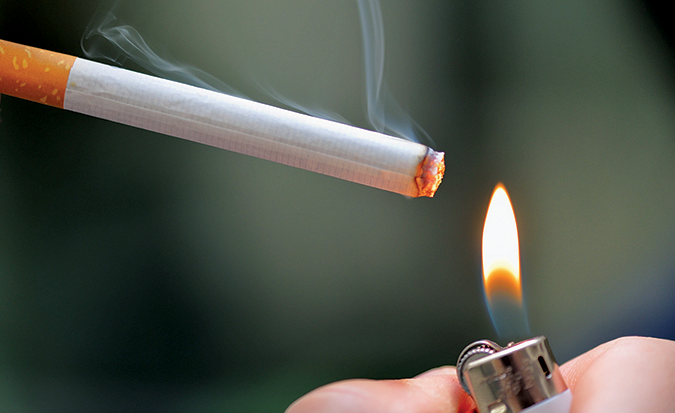 And what happens when they stop getting paid?… A new program intended to alleviate rising gun violence in the city of San Francisco will pay people who are at high risk of shooting someone not to pull the trigger. The Dream Keeper Fellowship will pay ten individuals $300 each month to not be involved in shootings, said the executive director of the Human Rights Commission. She explained that the program is not “transactional,” but will rather focus on making investments in communities most impacted by violence. She says the program aims to get to the “root causes” of violence “which in so many ways are economic.” There are opportunities for participants to earn an additional $200 each month as they work to improve their community by working, going to school and even being a mediator in situations which could lead to violence. (So, if someone decides not to be a serial killer, does the bounty go up?)

But, he says he only reads the articles… A US district judge in Michigan has ordered a couple to pay $30,441 to their 43-year-old son for throwing out his pornography collection. The son said they had no right to throw out his collection of films, magazines and other items which he said was then worth $29,000. In his ruling, the judge assigned a value set by an expert. The parents were also ordered to pay $14,500 to their son’s attorney. The son lived at his parents’ Grand Haven home for ten months after a divorce. After moving, he learned that his boxes of films and magazines were missing. His father wrote in an E-mail, “Frankly, David, I did you a big favor getting rid of all this stuff.” (I would assume he’s no longer in the will.)

I would have said thanks and pulled out a cigarette… Firearms are very scarce in Japan so criminals often have to compensate by resorting to makeshift weapons when threatening their victims. Impromptu weapons include, among other items, nose hair clippers and kitchen knives. Recently, a 41-year-old Sapporo man was arrested after trying to rob a convenience store using a cigarette lighter. “Out with the money or I’ll light you up,” the robber allegedly said to the store manager. The store manager responded by calling the police. When officers arrived, the robber tried to turn his fierce weapon on them. But, alas, they quickly overwhelmed him and charged him with robbery and assault, along with other offenses. (The police simply went “Ffffoooo!” and it was all over.)

The court shouldn’t be surprised if he drops in for his appearance by means of a parachute… In Saskatchewan, Canada, Mounties say a 34-year-old man got himself into trouble after he landed a helicopter to pick up a cool treat. The RCMP said they received a complaint that a helicopter had landed in a parking lot in Tisdale, blowing up dust and debris through the area. An investigation revealed that the landing was not an emergency. When it landed, a passenger left the helicopter and went into a nearby Dairy Queen® restaurant to buy an ice cream cake. Officers said the pilot had a license to fly the helicopter, but had landed in an illegal spot. He was charged with dangerous operation of an aircraft and given a court date. (At least he didn’t use the drive-thru.)

I’ve heard of “an elephant in the room,” but… In South Carolina, a 31-year-old Oconee County man was jailed after deputies say he stole a horse and hid it in a bedroom. Deputies said a woman called about a man riding a horse down Country Lane in Mountain Rest and taking it inside a house. When deputies entered the house, they found a full-size quarter horse standing in the middle of a bedroom where the man was located. A deputy reported, “The horse appeared to be calm and continued following [the accused] into the bathroom where I was able to successfully place him into custody.” The “neigh-sayer” was charged with stealing livestock and is facing other charges related to recent thefts. (Doing a little “horsing around”?)

If Kenosha defunds the police, will animal control respond to shootings like this one?… In Kenosha, Wisconsin, a 19-year-old woman had been using a handgun’s laser sight as a cat toy when she accidentally shot a friend. A criminal complaint charging the woman with a crime said she was visiting a Kenosha apartment where a 21-year-old man had brought a handgun. The woman, who a witness said had been drinking, reportedly picked up the handgun, “turned on the laser sight and was pointing it at the floor to get the cat to chase it,” when the gun fired. The man, who was standing in a doorway, was shot in the thigh. The woman told police she thought the magazine had been taken out of the gun and insisted that it “accidentally went off.” (This doggone incident almost became a cat-astrophe.)

His one-track mind reaped havoc with his train of thought… A New York City subway motorman got himself into trouble with the Metropolitan Transportation Authority after letting his girlfriend take a train for a joyride on a subway he was operating. Local news reported that the couple posted photos on social media showing them in the cab, with the woman operating the controls, traveling through several stops. The interim NYC Transit president called the incident an “egregious violation of public trust – something that I haven’t seen in my 32 years here.” The motorman was “taken out of service.” (The only subway he can control now is one with turkey, lettuce and cheese.)