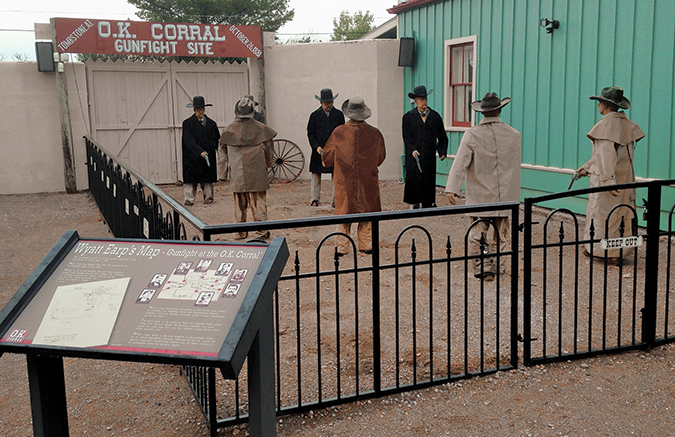 It’s Been a Busy Week…

The week I am writing this column began on Monday, October 25th. It’s a week following a week of three big criminal justice stories – two of them in my home state.

I tell my students that we are never lacking for study material and it’s true. The headlines of the Miami Herald­ – as well as every major news outlet in the country – are always overflowing with real crime stories, arrests, trials, and Constitutional conflicts. Last week, two major events in Florida had hands going up in all of my classes; comments and questions were in abundance. First was the guilty plea of Nikolas Cruz, the shooter in the Marjorie Stoneman Douglas High School massacre on Valentine’s Day in 2018. Cruz had previously offered a guilty plea in exchange for a life sentence, but the Broward State Attorney’s Office flatly refused to take the death penalty off the table. It’s a rarity for a homicide case to have such a mountain of overwhelming, irrefutable evidence against a defendant. The testimony of 17 wounded victims, plus reams of security video showing Cruz gunning down students, topped off with Cruz’s confession and his video manifesto in which he forecast exactly what he was going to do and where, were all too much for the Cruz defense camp. The thought of a trial was pure folly. Under Florida law, however, a jury has to be empaneled to hear aggravating versus mitigating factors before the judge can sentence Cruz to death and that won’t happen until January. We talked about a multitude of things that week – plea negotiation, discovery and the Florida death penalty statute to name a few.

The very next day, the skeletal remains of Brian Laundrie were found. We had been discussing the disappearance of Gabby Petito from day one, so the discovery launched a whole new slew of questions: How will they figure out how he died? What happens to the criminal case now? Is it better that he died or would it have been better to have a trial? I’m sure the news of Laundrie’s remains has sparked much banter and debate in the chairs of barbershops, nail salons and at coffee break rooms across the nation as well. I happen to think it’s better that he’s dead. I don’t trust juries and this case – had they been able to make an arrest for murder – wasn’t exactly bulging with evidence and eyewitnesses. As we all know…what you know to be the truth and what you can prove in court are two very different things.

These two cases still have loose ends to tie up: Cruz with a death sentence looming and Laundrie with the cause of death and a notebook which might yield some writing which could shed more light on how and why Gabby Petito died. For the sake of her parents, we can only hope that’s the case. As dramatic as both events were, they weren’t terribly surprising. One could see both of them coming, especially the Cruz guilty plea.

But, what no one saw coming was the week’s third event: A bullet, fired in a New Mexico desert from a gun which was not supposed to fire, streaking into the body of an unsuspecting cinematographer on a movie set.

Setting aside the dark irony of Alec Baldwin shooting and killing someone with a firearm, this case is already a beehive of legal activity. Investigations are in full swing to identify evidence in both civil and criminal arenas, sending the many potential defendants into a frenzy of hatch-battening. And, in the shadows of this freshly kicked anthill, Halyna Hutchins, a promising young cinematographer, was bid farewell by family and friends on October 24th in a candlelit ceremony in Albuquerque.

I haven’t even glanced at social media about this incident, but I’m sure the memes and jokes abound. The fact that Mr. Baldwin has made himself a prominent political satirist adds a lot of fuel to the fire. From a strictly investigative standpoint, though, there is a lot to try and understand. When this story first hit the news, an assistant director named David Hall was identified as the person who handed Baldwin the gun, announcing, “Cold gun” – their communication to indicate the weapon was safe. But, where did Hall get the weapon? What was the chain of custody and how many people might have liability in this unusual scenario?

If you are reading this, you’ve been to a gun range many times. You’ve been trained in the safe handling of firearms. In fact, each time you’ve been to the firearms range, no range instructor has ever assumed you know how to safely handle a firearm and has used the same range commands and safety protocols you heard when you first went to qualify in the police academy. Those of us who have such a background know there are things you do and don’t do with firearms and there are ways you transfer a handgun from one person to another. In our culture, the way you say “cold gun” is to hand over a weapon with the slide locked back or with the cylinder open. Sure, I trust you, but we’re going to be sure anyway. With that mind-set, here are some of the questions I would have on my legal pad for witnesses – and there are a bunch of them.

The most recent article I read indicated that Santa Fe County, NM, investigators have interviewed several crew and cast members and that the production has an “armorer” – Hannah Reed-Gutierrez – as part of their crew and that Hannah provided the gun to Hall, who in turn gave it to Alec Baldwin. The famous actor obviously didn’t check the weapon or know about pointing weapons “downrange” and not in the direction of other human beings. In this article, Hall is said to have told police that he did not check the weapon, but that Hannah “showed it” to him. He couldn’t recall, according to the investigator’s report, whether Hannah “spun the drum.” According to the sheriff’s office, Ms. Hutchins was struck with a live round projectile. Hannah, however, says “no live ammo is kept on the set.” If all of that is true – and “spun the drum” are the words Hall really used – then the safety mind-set on this movie set was akin to letting your children play on the interstate.

Nikolas Cruz could have navigated his fate without an attorney because the outcome would not have changed. Brian Laundrie will never need a lawyer again.

But, this motley crew of grown-ups playing make-believe in the desert better saddle up with a posse of well paid lawyers. This shootout at the OK Corral is going to be badly one-sided.

Ramesh Nyberg retired from law enforcement in November 2006 after 27 years in police work. He lives in Miami and teaches criminal justice at a local high school. He also teaches regional law enforcement courses through Training Force, USA. He enjoys getting feedback from readers and can be reached at ramesh.nyberg@gmail.com. Also, Ram has recently announced his newly published book, The Ten Must-Haves to Be a Great Detective, available on Amazon in both paperback and Kindle eBook. You can find it by visiting https://tinyurl.com/hwc2xajm