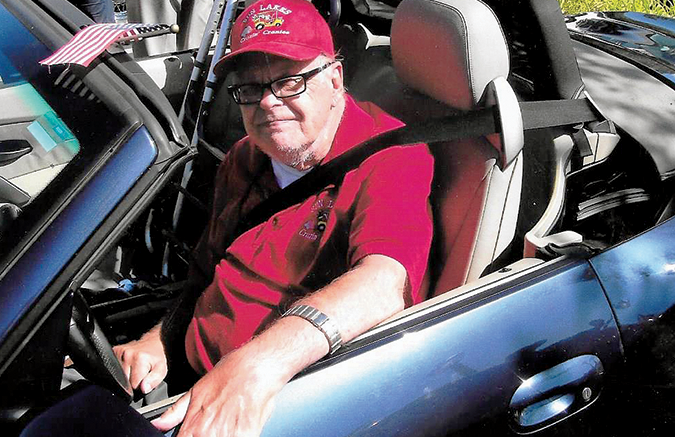 It is with great sadness that we mark the passing of P&SN’s Technology Editor, William D. Siuru, Jr.

Like most kids who grew up in Detroit during the golden age of the American automobile, Bill loved cars – not just driving them, but taking them apart and putting them back together. His fascination with engines grew into an obsession with anything that moves, including all motor vehicles and aircraft.

During his first year at Wayne State University in Detroit, he had to choose either a PE class or to join the ROTC which was how his military career began. He finished his bachelor’s degree in mechanical engineering in 1960 and was immediately commissioned into the Air Force. He earned his master’s degree in aerospace engineering from the Air Force Institute of Technology in 1964 and his Ph.D. in mechanical engineering from Arizona State University in 1975.

Bill’s military career ended suddenly in 1984 when he was diagnosed with a spinal tumor. He spent the next six months recovering from surgery in Walter Reed Hospital and another six months learning to walk again. He recovered, but his lasting disability forced his retirement from the military.

Fortunately, Bill had other career plans. He had been moonlighting as a freelance writer long before his disability, ever since he and a friend cowrote an article about Skylab and eventually expanded it into a book.

With his military career over, he began working full-time as an automotive and aviation journalist. Over the course of his 40 year writing career, he wrote and published 22 books and thousands of articles. His published books include, Skylab: Pioneer Space Station; General Dynamics F-16 Fighting Falcon; Future Flight: The Next Generation of Aircraft Technology; The Huey and Huey Cobra; Planes without Pilots: Advances in Unmanned Flight; Illustrated Micro and Mini Car Buyer’s Guide; and Presidential Cars and Transportation: From Horse and Carriage to Air Force One, the Story of How the Presidents of the United States Travel.

Bill first started writing for Police and Security News back in 1993 and was named its Technology Editor in 2005. He also regularly wrote for Autoweek, Popular Mechanics, BMW Roundel, Old Cars Weekly, Green Car Journal, and other magazines. For many years, he test-drove cars released by major car companies, writing reviews for Kelley Blue Book online. He traveled extensively to car events around the world, even test-driving new BMWs on the Autobahn.

He loved his work as a journalist and kept writing articles until the last week of his life. His final article, “The Red Ball Express,” detailed how American trucks kept the supply chain moving through Europe to help the Allies win World War II. It was published in the July/August 2020 issue of Wheels of Time magazine.