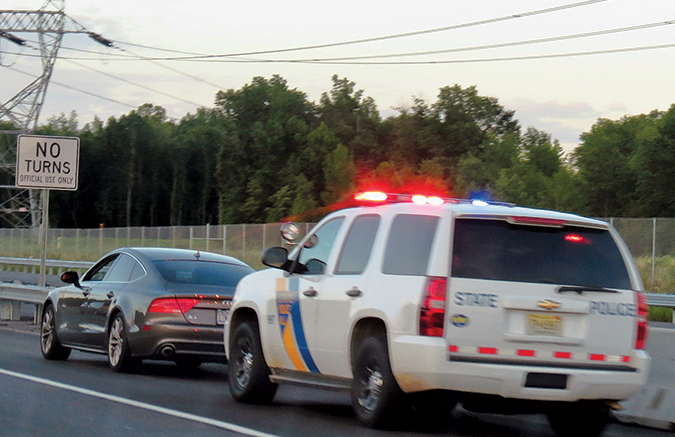 TRAFFIC STOPS: THE “OWNER IS THE DRIVER” ASSUMPTION

May a law enforcement officer, consistent with the Fourth Amendment, initiate an investigative traffic stop after running a vehicle’s license plate and learning that the registered owner has a revoked driver’s license? In Kansas v. Glover (U.S. 2020), the United States Supreme Court said, “Yes.”

Finding the stop lawful, the Court held that, so long as there are no facts negating the “inference that the owner is the driver of the vehicle, the stop is reasonable.” In this case, before initiating the traffic stop, Deputy Mehrer observed an individual operating a 1995 Chevrolet 1500 pickup truck with a specific Kansas license plate. He also knew that the registered owner of the truck had a revoked license and that the model of the truck matched the observed vehicle. “From these three facts, Deputy Mehrer drew the commonsense inference that Glover was likely the driver of the vehicle which provided more than reasonable suspicion to initiate the stop.”

The Court paused to note, however, that the “reasonable suspicion” standard takes into account “the totality of the circumstances – the whole picture.” As a result, “the presence of additional facts might dispel reasonable suspicion.” For example, “if an officer knows that the registered owner of the vehicle is in his mid-60s, but observes that the driver is in her mid-20s, then the totality of the circumstances would not raise a suspicion that the particular individual being stopped is engaged in wrongdoing.” Here, “Deputy Mehrer possessed no exculpatory information – let alone sufficient information to rebut the reasonable inference that Glover was driving his own truck – and thus the stop was justified.”