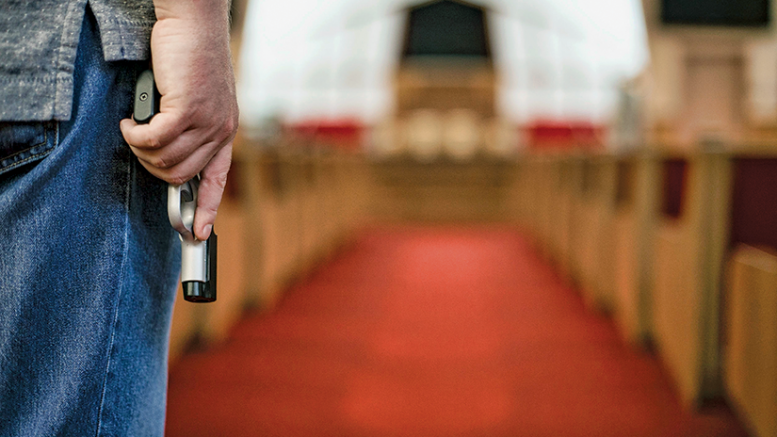 Thomas Matthew McVicker was arrested after issuing plausible threats to carry out a mass shooting and suicide at an unspecified church in Memphis, TN. McVicker, a truck driver, was apprehended before his plan could be carried out. The arrestee’s mother had revealed that McVicker possessed a handgun and was taking medication for schizophrenia.

A gunman armed with an AR-15-style rifle opened fire inside the Chabad of Poway synagogue. One woman was killed and three other people were injured when 19-year-old John Timothy Earnest fired eight to ten rounds inside the house of worship. Earnest’s rifle became jammed or malfunctioned, undoubtedly preventing additional casualties.

46-year-old Robert Gregory Bowers entered the Tree of Life Congregation synagogue in Pittsburgh and opened fire. The gunmen is accused of killing 11 and wounding six, including four police officers, during the 20 minute attack. Bowers had previously posted anti-Semitic rhetoric on social media.

A mass shooting at the First Baptist Church claimed 26 lives, with 20 others wounded. Wearing black tactical-style gear (including body armor) and armed with a rifle, Devin Patrick Kelley advanced down the center aisle of the church, firing at parishioners. Kelley was eventually stopped after exchanging gunfire with Stephen Willeford, whose home is located near the church.

Nine worshippers, including a pastor, are murdered at the Emanuel African Methodist Episcopal Church by 21-year-old Dylann Roof, during a Bible study service. Described as a white supremacist, Roof was eventually convicted of federal hate crime and obstruction of religion charges and sentenced to death.

The reality of 21st century terrorism positions places of worship (i.e., churches, synagogues and mosques, etc.) high on any attacker’s legitimate target list. No longer looked at as an “off limits” house of God or a place of sanctuary and refuge, these are now viewed in most instances as a soft target and usually a rich environment for killing and terrorizing. Law enforcement should recognize this fact as well for the need of protection. This country has had its unfortunate share of communities of faith being targeted recently and it is certainly a sad state of affairs, but it’s the world we live in and we need to think and act accordingly.

Recently retired from 20 plus years in police work, my last assignment was as an instructor at a large academy teaching recruits and in-service officers. I had the good fortune to participate in the development of statewide lesson plans for several different courses, including terrorism response, active shooter tactics, domestic violence, and threat assessment, so I have been aware of the threats to places of worship and their vulnerabilities. In addition, for the last five years, I have been providing instruction to security guards in academics and firearms at the local gun range for certification to carry a handgun in the performance of their duties. In the last few years, some of my armed security guard students have been members of an area church who volunteer to provide protection to their fellow members of the congregation during religious services.

The implications for law enforcement, as well as other first responders, to this type of threat to places of worship is the need to “be ready.” Education is the key for any proper response planning. A good first step in this direction is referring online to the National Counterterrorism Center (NCTC) of the Office of the Director of National Intelligence (ODNI). The NCTC has an excellent Web site with a wealth of information where law enforcement can learn more about various dangers related to terrorism tactics and response. Reports can be found on everything from “Acid Attacks” and “IED Manufacturing Indicators” to “Recognizing Arson with a Nexus to Terrorism.” One of the resources available is a First Responder’s Toolbox report on “Threats Against Religious Facilities and Adherents Highlight Importance of Religious Community Outreach” (PDF)

One area of the ToolBox report puts an emphasis on the need for engagement. Law enforcement is encouraged to engage with any faith-based communities in their jurisdiction, the clergy, staff members and congregation, as well as any internal security teams which may be in place. Specifically, the report mentions, “Engagement supports information exchange that can increase safety by ensuring reporting, review and investigation of local threats or suspicious activities, and that all partners are aware of the current local threat picture.”

What are some of the other recommendations? Selected suggestions are:

Other highlights from the ToolBox report to consider are:

In the mission to protect faith communities and religious institutions in the US, FBI headquarters recently hosted a roundtable discussion with interfaith religious leaders and law enforcement officials. Representatives from various Jewish, Muslim and Christian groups gathered to learn more on the threats involved in these events and to discuss means of preventing bias-based attacks. One topic stressed was the benefit of religious leaders sharing information with the police. Law enforcement officials also emphasized that, while several of the past attacks seemed random, many shooters do show warning signs prior to acting. One of the FBI’s past reports, “A Study of Pre-Attack Behaviors of Active Shooters in the United States Between 2000 and 2013” (https://tinyurl.com/y7p3o2ac), was recommended reading for the attendees. Harking back to Homeland Security’s concept of “If you see something, say something,” participants should remind their congregations to watch for any warning signs and suspicious activity. These spiritual leaders were also encouraged to get to know their local police officers and first responders by inviting them to a service, thereby establishing a relationship before the possibility of a security incident occurring. This beneficial relationship building is a two-way street and law enforcement is strongly advised to engage and build networking opportunities.

Lastly, another critical area of discussion emphasized was for these faith-based communities to consider taking active shooter response training, such as “Run. Hide. Fight.®” instruction, as well as designing buildings for security, including multiple exits (keeping them unobstructed and clearly marked) and to make sure security cameras are in working order for police to obtain any footage quickly in an emergency.

Considering that many law enforcement agencies across the country are already involved in active shooter training for school administrators and staff, it seems an easy fit to implement the same service to any religious institutions in your area which would be receptive to the idea. Basic first aid training would be ideal as well for the possibility of any EMS involvement, with basic gunshot wound treatment added to the instruction. The location of the nearest hospital trauma centers and the quickest routes to these should also be addressed. It has been reported that, a few weeks prior to the attack at the Pittsburgh Tree of Life Synagogue which killed 11, congregants had received active shooter training and many of the survivors credit that training for saving their lives.

In conclusion, the sworn duty and credo of policing is “to protect and serve” and, in upholding this obligation, we can also attach some of America’s founding principles. The First Amendment sites the right of freedom of religion, the liberty to worship and our citizens should be able to do so in peace and safety.

In these faith-based communities, we find some of the finest citizens in a town or city to be charitable, tolerant and caring of their fellow man. I must mention the past support received from local churches when there was a line of duty death of a police officer. We were grateful for the food brought to the police station, cards and children’s drawings, etc. It was those little things that meant a lot to us. They are also found to be a resilient group in spite of misfortunate incidents. Take, for example, the spirit of forgiveness displayed by the members of the Emmanuel Church in Charleston, South Carolina. Some of the congregation who lost family members were present at the shooter’s bond hearing, just 48 hours after the attack and they spoke of forgiving the shooter, repentance and the need for him to confess his sins. Our oftentimes coldhearted society could learn a great lesson in this example of kindness and how to heal after tragedy. This is one of the best reasons for the “good guys and gals” of law enforcement to train and provide the best protection possible against any evil which would threaten innocents in worship of their chosen creator.

Brian P. Haughton is a retired Corporal and 23 year veteran with the Philadelphia Police Department. His assignments were patrol operations in East Division, the SWAT Unit and working as an instructor at the Police Academy. He holds an MS degree in Public Safety Management, with a Homeland Security concentration from Saint Joseph’s University and teaches Criminal Justice undergraduate degree courses at several colleges. In addition, he provides instruction to privately employed security agents for certification in Pennsylvania’s Lethal Weapons Training Program (Act 235).