When the moment of truth has arrived, the time for preparation has passed.

In today’s world of touchy-feely PC police departments, where we cry when we retire and can’t wait to show off our latest dance moves on YouTube, God forbid we actually call something for what it is. Let’s be real here, folks, it is what it is.

Gunfights are nasty things. They don’t happen on a square range in a sterile environment where the range officer has the final say on whether or not you passed. They happen in filthy alleys, dirty streets and run-down houses where you may get cut; bruised; and, potentially, even shot. The final score of whether or not you passed won’t be determined by your firearms instructor or the bad guy – it will be determined by you and you alone.

A Survival Mind-set and Realistic Practice

Your mind-set to win at all costs; to prevail against all odds; and to be the one who determines your own fate is what will get you through this lethal encounter. However, you can’t do it with mind-set alone; you need to have some realistic firearms training under your belt. So, let me ask you again: Are you training for the fight or are you training for the range?

How do you train for the street? You train by being factual and realistic. The vast majority of Officer Involved Shootings (OISs) happen at close distances. More than one officer has told me that their gunfight could be measured in inches, not feet or yards. Do OISs happen at greater distances than just a couple of feet? They most certainly do, but, again, the vast majority of them are up-close and personal; as some like to say, “at bad breath distance.”

If you’re on the range shooting a qualification course which includes the 25 yard line with your handgun, why are you not transitioning to your patrol rifle or shotgun? Your handgun is for emergency situations only. It’s not the “go to” gun for barricaded suspects or some other long distance standoff. That’s why long guns are utilized.

Should you train with your handgun at the 25 yard line? Absolutely, since you never know what might happen. However, why do we spend so much time trying to get officers “qualified” at greater distances when the vast majority of OISs are up-close and personal?

Imagine if you worked in the private sector and you told your boss you’re going to spend 95% of the company’s training budget on a task the company’s employees only do five percent of the time. Not only that, but the task which is only done five percent of the time can be done easier, safer and more accurately with another tool – in the case of law enforcement, a long gun. I don’t think you’d have a job as a training officer in the private sector for very long.

Move It or Lose It

Officer involved shootings are fluid situations which most often involve the bad guy, or guys, and the officer moving. If you’ve found effective cover, by all means, stay there and use it – but, most times, there is no cover available, or the officer hasn’t thought about cover until after the shooting has started. Trying to look for cover and trying to determine what is, or isn’t, ballistic-resistant, and then move to it while you’re getting shot at is difficult at best.

That’s why you need to be constantly thinking about cover. An example would be if a vehicle in front of you has just committed a minor traffic infraction and you decide you’re going to stop it and issue the driver a citation. Before you even turn on the overheads, you should be thinking about your stop location. Preplan your stops, so you have adequate cover if things go south and this turns into a potential lethal encounter.

Look for a safe spot not only for you, but for others as well. Are you stopping this vehicle across the street from a school? One of the rules of firearms safety is to always know your backstop and beyond. Are you’re initiating this traffic stop in a location which provides safety for you and others in the area should you become involved in a shooting with the occupant(s) of the vehicle?

There’s nothing in the books which says you can’t call the occupants of the vehicle out to you. For that matter, the courts have ruled numerous times that we can call people out of the vehicle. If there’s no cover on your right, and you’re not comfortable doing a left side approach for whatever reason, then call the driver out to you and use his vehicle as your backstop. It’s not the best of backstops, but it’s better than nothing.

What Works as Cover?

Should you become involved in a shooting at this traffic stop, you should know how to shoot in, and around, your vehicle. Part of your training for the fight should involve knowing what parts of a vehicle are cover and what parts are not. Basically, other than the steel wheels and engine block, not much of your vehicle, or any vehicle, provides you with adequate ballistic protection. The door pillars do offer some ballistic protection, but the last time I checked, most cops are a little wider than a door pillar.

Because the steel wheels and engine block are your only real cover on a vehicle, you need to know how to shoot from behind those areas. If you’ve trained shooting from the kneeling and prone positions, that’s a good start, as some departments don’t even do that, but you will need to do more if you want to train for the fight.

Have you trained on shooting from your side, so you can maximize the cover of the steel wheels? If you crouch up into a semi-fetal position at an angle behind the wheel, you can maximize the wheel as cover and leave little, if any, of your body exposed to incoming rounds. Learning to shoot from your side will also serve you well if you’re involved in a ground fight with someone, or if you’ve been wounded and are lying on your side.

There’s a saying in training circles that “you fall back on your training,” in times of high stress like an OIS. In some respects, that’s true. But, if your training is inadequate, such as not preparing you for the fight by teaching you how to shoot and reload from your side, then you’ll do what this officer did and fall back on what you do know.

That’s what training for the fight is all about: It’s about having options. Your only option shouldn’t be to sit up and reload; it should be about being able to reload and shoot from any position, including shooting from your back or from all fours. If you’re wounded or in a ground fight and have to shoot, you need to be trained to do so effectively. It’s not enough to just tell someone they can do it; you have to practice doing it. You have to train for the fight.

You wouldn’t tell an MMA fighter how to fight and then never practice it. Imagine that outcome in the octagon. When you read the account of the officer trying to sit up to reload, I bet some of you thought to yourself, “Why didn’t he just shoot from his side?” Because he had never been trained to do it, that’s why.

Michael T. Rayburn has been involved in law enforcement since 1977 and is the author of five books. He is a former Adjunct Instructor for the Smith & Wesson Academy and is the owner of Rayburn Law Enforcement Training. He can be reached at www.combatgunfighting.com. 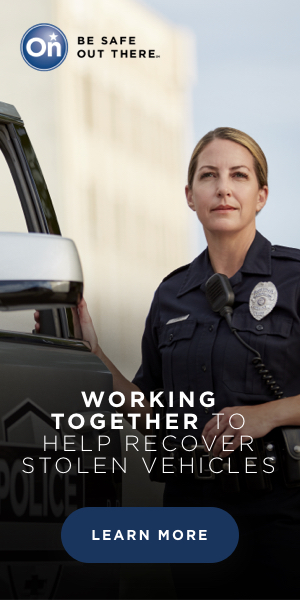