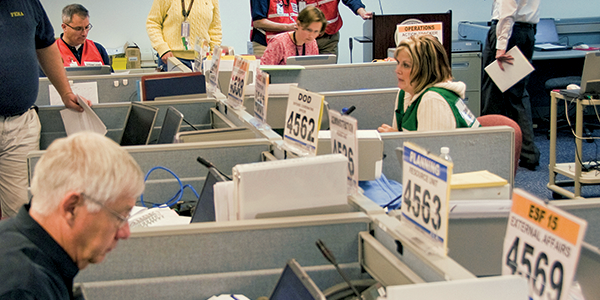 As every investigator knows, intelligence is a key to preventing and solving crimes.

Acquiring intelligence often involves time intensive analysis of the thousands of incident reports; crime tips; and other, often seemingly unrelated, pieces of data. Terrorism has compounded the volume of intelligence data to be analyzed and made it even more critical to do it in a timely manner.

How do you rapidly and systematically analyze a vast amount of data to produce useful intelligence which can be acted upon? The answer can be data mining and predictive analytics which analyze data from disparate sources and use the results to anticipate, prevent and respond more effectively to future crimes.

Nothing New Under the Sun

Data mining has been widely used in business; governmental agencies, especially intelligence agencies; and research organizations for years. For example, you research the possible purchase of a new vehicle, computer or just some towels for your bathroom via the Internet. Popups for Ford, Chevrolet or other auto brands; Microsoft® Surface® Pros or Apple® iPad®s; or Bed Bath & Beyond® start appearing on your computer screen. This is usually the result of data mining and predictive analytics based on your interests and buying habits.

Law enforcement has become very adept at collecting and compiling data, especially since the routine use of computerized records management systems. National databases like those of the FBI OneDOJ, regional data sharing and state level fusion centers are another layer of available data. Using techniques like artificial intelligence, statistical analysis and visualization methodologies, data mining can identify unusual or subtle patterns in this myriad of data. Data mining and predictive analytics moves from counting crimes to anticipating, preventing and responding effectively to it. Since criminals tend to be relatively predictable, by exploiting the data, law enforcement can be much more proactive in anticipating and preventing their activities.

Police investigators and crime analysts are natural data miners since they are already doing it in at least rudimentary ways. It is far easier to teach them how to use data mining techniques and apply them to law enforcement than to teach statisticians how to analyze law enforcement information. Data mining is an intuitive process; it is not crunching numbers and statistics. It is important that law enforcement personnel do the analysis themselves or participate very actively in the analysis. People doing data mining must understand law enforcement and criminal behavior so they can make informed decisions which actually solve and prevent crimes.

The newer data mining tools – mainly commercial off-the-shelf software – do not require huge IT budgets, specialized personnel or advanced training in statistics. Well written software is highly intuitive, relatively easy to use, PC-based, and very accessible to the law enforcement community, even to smaller departments.

Analytic tools and techniques – like hot spot identification, crime mapping, geospatial prediction, and social network analysis – can be applied to a broad range of criminal justice problems. They can be used to anticipate localized crime spikes, impact city and neighborhood planning and aid in police management decisions. For instance, an increase in parole violators, highlighted by crime mapping, might mean the need to deploy more patrolmen in a particular area.

Specialized databases can be mined for crime or intelligence analysis. These databases might be offense-specific, such as a homicide or robbery database, or associated with a pattern of crimes. It could also mean including nontraditional data available, such as local medical and building code compliance data. For instance, areas with a large number of buildings with numerous violations are great breeding grounds for crime; in other words, the “broken window policing.”

One example of successful data mining is the New York City Police Department’s CompStat which is now also used by a number of other agencies in the U.S. and other countries. Police Commissioner Bill Bratton and his deputy, Jack Maple, introduced CompStat, a statistical system for tracking crime, in 1994. It is based on tracking and halting smaller crimes to stop bigger crimes and to pinpoint hot spots where crimes are clustered. In over two decades of use, it has helped make New York one of America’s safest cities. For example, there were 1,946 murders in 1993, but only 352 in 2015. Besides looking more systematically at the information police were already collecting on reported crimes in different areas of the city and plotting them on maps to display trends, assignment of police around the city and crime hot spots is an important management tool for higher police officials to question and follow up on actions taken by subordinates.

In today’s “do more with less” environment resulting from reduced personnel resources and added duties due to increased population and the war on terrorism, data mining can be used to make smarter assignment of personnel when, and where, they are likely to be needed.  For instance, domestic violence calls which often increase dramatically during the midnight shift are more likely to require a greater amount of time, perhaps even require additional personnel. The day of the week might also be important, particularly in communities with active nightclubs or bars. A complete analysis of all of the variables like the time of day or location of requested assistance often far exceed the analytical capacity of even the smartest human brain.

Here is a simple example of data mining. Every New Year’s Eve, Richmond, VA, experienced an increase in random gunfire. Police began looking at data gathered over the years and, based on it, they were able to anticipate the time, location and nature of future incidents. Richmond police placed officers at those locations to respond more rapidly. The result was a 47% decrease in random gunfire and a 246% increase in the number of weapons seized. The department also saved $15,000 in personnel costs.

The community must be confident that mined data is used appropriately. Data mining is not meant to spy on people, a misconception partly fostered by activities like the National Security Agency’s problematic phone surveillance problem and perceived racial profiling by police. People are not arrested on the probability that they will commit a crime – probable cause must be shown. It does not identify specific individuals; it only predicts times and locations where crimes are likely to occur. It is important that the purpose and procedures used are transparent; that personnel are well trained so they use it properly; and it should be clear about what information is shared with other agencies.