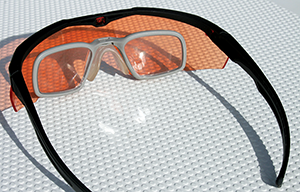 Solutions to the Problem of Getting Older

Growing older remains one of life’s better practical jokes. Just when you’ve got it all figured out, the various parts of your body begin to betray you one by one. More so in law enforcement than most other professions, encroaching middle age can have an adverse impact on performance. Over time, many of us have found that heavy gun belts and long hours behind the wheel of a cruiser make for a perpetually sore back. Others may note that their handgun qualification scores have taken a dip.

Although we can’t turn back the clock, there are a few things we can do to keep Father Time in check. With a little bit of effort and the right gear, you may, in fact, find that Fountain of Youth. I’m afraid these measures will not make your waistline shrink or your hair grow back, but they can improve performance in a few vital areas.

I have been blessed with pretty good vision and I didn’t need reading glasses until I was past my 50th birthday. Shortly thereafter, the fine print on business cards and the front sight of my pistol became fuzzy. When I began missing a shot or two in instructor demos at my firearms classes, I knew the time had come to get corrective lenses.

Revision Military, Inc. is a leader in providing quality eyewear for soldiers and cops. A few months ago, I began using Revision’s StingerHawk™ Spectical System which, to date, has met all of my expectations. The StingerHawk offers superior ballistic protection, flawless optics and full impact protection in a low profile design. These glasses meet the U.S. Military’s ballistic impact resistance requirement. The lenses are scratch-resistant and also feature an antifog coating.

Best of all, my StingerHawk glasses accommodate the Revision Rx Carrier. The Rx Carrier can be fitted with prescription lenses from your eye care specialist and can be discreetly snapped into your protective eyewear. Not only are your eyes protected from the usual range hazards, but I can once again see the sights clearly. If I miss now, I can no longer blame my compromised eyesight!

In the early 1990s, there was a push in the law enforcement community to go with larger caliber pistols, such as the .40 S&W and .45 ACP. I own and shoot pistols chambered for both calibers and have never felt them to be hard kickers, especially when compared to my old .357 Magnum service revolver. But, make no mistake about it, there is a bit more muzzle flip and felt recoil with the larger calibers.

Many senior law enforcement officers will admit that shooting a handgun is not nearly as much fun now as it was earlier in their careers. Arthritis, carpal tunnel and injuries compromise the comfort factor in a very big way and, as a result, performance suffers. I’ve endured a couple of different injuries to the hand and wrist and I can say with some degree of authority that a light kicking caliber, such as the 9mm, can help you get back on track. Infrequent shooters, as well as individuals who have difficulty in achieving acceptable marksmanship scores on qualification day, will also be well served by the 9mm Parabellum cartridge.

Recent studies by the FBI illustrate that the disparity in terminal performance between the 9mm and larger pistol calibers has narrowed quite a bit. The Bureau now feels that the slight advantage in terminal ballistics is insignificant compared to the average agent’s ability to shoot the 9mm to a higher standard.

It is not my intent to enter into that endless debate of 9mm vs. .45 ACP. Improvements in bullet design have blurred the lines between the various calibers and it’s a pretty safe bet that today’s 9mm loads are head and shoulders above what was available a generation ago. If you find that your .40 S&W or .45 ACP has grown a bit rude, consider a switch to 9mm. In the end, it’s all about shot placement.

Easy on the Knees

If a bad back is number one in the law enforcement officer’s complaint book, the knees aren’t too far behind. A number of my associates have all sorts of knee issues ending in arthroscopic surgery or knee replacement. Quite simply, we need good wheels to do our job. Since our job includes risky activity, such as running, jumping, climbing, and fighting with bad guys, try to take some precautions to protect your knees. Before engaging in defensive tactics or firearms training, be sure to stretch out and get loose. Even something as routine as getting down behind a range barricade can play havoc with middle-aged knees.

I, for one, now find kneeling on hard surfaces is downright painful. If I know I’m going to be involved in a lot of kneeling or prone work, I’ll strap on a set of knee pads. Depending on what I’m doing, I might even include a set of elbow pads in the mix. This enables me to get low behind cover at game speed without worrying about banging up my knees.

Of late, I’ve been using Advanced Tactical Knee and Elbow Pads from BLACKHAWK!®. Closed-cell foam padding enveloped in a 600 denier nylon shell provides shock resistance. An injection molded flex cap further protects the knees from small stones or broken glass and hook and loop elastic straps keep the pads in place. So equipped, I can now get down on the ground at game speed with little risk of getting banged up.  They are not just for SWAT!

As indicated earlier, I have an issue getting the sights in sharp focus unless I’m wearing corrective lenses. Another way of solving this problem is to use big, bold sights which contrast against most backgrounds.

One of my favorite setups is the 24/7 Big Dot System from XS® Sights. I’ll admit to initially being a bit skeptical about this setup, but, in the end, it all comes down to results – and they deliver. The front sight consists of a large white dot with a tritium insert, while the rear is a shallow V notch with a vertical tritium bar in the middle. In poor light, these sights emit a soft green glow, enabling me to clearly define the sights. Unless you are in an environment totally devoid of light, the oversize white dot front will clearly stand out against most backgrounds. At distances out to 50 yards, I’ve been able to make center hits.

I’ve recently set up my SIG SAUER® P226® with a set of XS 24/7 Sights and have been very pleased with the results. Today, many officers carry pistols with three dot tritium night sights. Unfortunately, that arrangement doesn’t work well for me. If you have similar issues, check out the 24/7 Big Dot System from XS Sights.

By now, most of us are familiar with the various “dot” sights which have become commonplace on rifles. These optically enhanced sight systems use fiber optics, batteries, tritium, or some combination thereof to provide the user with a sight picture. Simply superimpose the dot over what you want to shoot and press the trigger. Might we enjoy a similar advantage with such a sight on a pistol?

At a recent firearms trainers’ event, I took a class on handgun reflex sights which was conducted by Trijicon®. Trijicon has been turning out high quality optical sights for years and I was curious to see what advantage, if any, a reflex sight would offer on a handgun. A variety of GLOCK®, SIG SAUER and Smith & Wesson® M&P® pistols, equipped with Trijicon RMR® (Ruggedized Miniature Reflex) sights, were made available to the participants. Drills included shooting at typical combat distance and nontypical positions, as well as some long-range work. In the end, I was convinced the hits came a bit easier. Sure, I could make those hits with iron sights, but the Trijicon RMR equipped pistols might very well hold an advantage in poor light or when stress levels have gone through the roof.

The Trijicon RMR sight is crafted from aluminum to MIL-SPEC standards. Several different models are available, including LED, adjustable LED or dual Illuminated. Dot size ranges from 1.0 MOA to 13 MOA to suit user needs. One quality I like about the RMR sight is that it is visible in all light conditions.

Twenty years ago, weapon mounted lights for service handguns were pretty much unheard of. Now, they are relatively commonplace. Might pistol reflex sights follow suit?

Give Your Back a Break

It’s rare to encounter a senior patrol officer who doesn’t at least occasionally experience back discomfort. Over their careers, many officers develop serious back problems. There is no doubt that a contributing factor is that heavy duty belt we strap on every day.

When I first got into this racket, my Sam Browne rig carried my revolver, a pair of dump pouches, a cuff case, and a ring for my baton. Today, a patrol officer’s duty belt contains a pistol, spare magazines, an expandable baton, chemical agent, a TASER®, a portable radio, cuffs, and a tactical flashlight. Is it any wonder we collectively suffer with back issues?

For the last couple of weeks, I’ve been wearing what may be a solution to constant back discomfort caused by a heavy duty belt. Zero-G Plates™ from 5.11® can be best described as a load bearing system which helps distribute the weight of the duty belt across the hips and down to the femur. This little trick does indeed take pressure off the spine and abdominal muscles, leaving you far less fatigued at the end of a long day.

Zero-G Plates are rendered from carbon fiber and are affixed to the duty belt by a pair of hook and loop straps. Their appearance is very low profile and professional. I’ve worn the Zero-G Plates with two different duty belts, one harboring a GLOCK 17 and the other a steel frame 1911. Initial feedback is very positive. I was able to detect a difference in weight transfer as soon as I put on the belt with Zero-G Plates with minimal back fatigue, despite putting in some long training days.

Another worthwhile option is the Back Defender from Back Defense Systems. This system functions like a pair of suspenders; however, the difference is that the Back Defender is designed to be worn under your shirt. This product does take a short while to get used to (referred to as “the learning curve”) and it also requires you to loosen your duty belt at least one and a half inches. Also, you must have duty pants with at least one and a half inches of extra room in the waistline. That said, it does take the pressure off of your hips and can definitely help those officers who suffer with lower back pain.

Unfortunately, there is no turning back the hands on the clock. However, I have found that the aforementioned products have enabled me to keep pace with some of my younger associates.

Gear is only part of the picture. Try to eat right and engage in some sort of regular exercise. That combination will help you be at your best in training and help keep you safe.