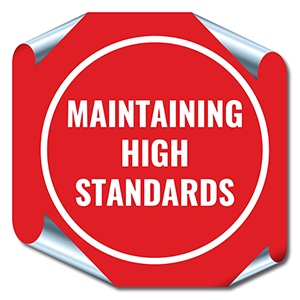 Sometimes, it seems that when police commanders get into trouble, it’s for what they don’t do.

The duties and responsibilities of a police commander – at any level and in any size agency – are so numerous and diverse that it can be easy to overlook something – even the little things. And, sometimes, the one thing you overlook could be the one thing which will get you and your department on the six o’clock news and put your career on shaky ground.

One of your primary responsibilities as a police commander is to set and maintain the standards for your people and for your department. In most departments, the standards are set high. Sometimes, however, these standards may erode over time, due to a lack of vigilance by supervisors and command personnel. Sometimes, these lowered standards can explode in short order, such as in a front page headline about a case of questionable use of force tactics. Other times, a slow erosion of professional standards may eventually end up in unprofessional conduct and a lack of support from the public for the entire police department and its members. Whether it is an individual and isolated incident or an agency-wide concern, supervisors and commanders need to continually remind themselves and their subordinates about the importance of maintaining the highest level of conduct and performance in carrying out their duties.

Regardless of your assignment or your role in the agency, you have the right to expect good work by your people. It is your responsibility to ensure that your people comply with standard policies, procedures and general operating practices, and that a high level of performance is maintained in conducting their business. Those who choose to be sloppy, lazy or just inept must be taken to task and the job must be done right before you accept it.

As we are reminded (sometimes, too often), agencies are funded with taxpayer dollars. I often use the comparison of operating a private-sector business with operating a police department. Both have customers and these customers expect certain things. And, both businesses and agencies need to meet customer expectations or there are consequences. These consequences can take many forms. Sometimes, they are obvious and sometimes they are not. When politicians are reluctant to increase an agency’s budget, that may be a consequence. When a police officer gets a “tip” from a citizen and solves a string of burglaries, that may also be a consequence. A few years ago, I was hired as a private consultant to study the possibility of both a town and a village police department consolidating and being absorbed into the county sheriff’s department. After a lengthy study and review, we had a public meeting with citizens and politicians of the town on a certain night and the next night we had a public meeting with the village. The citizens of the town were quite vocal and it was clear they did not like their police department and they did not support them in the least. The decision was made by citizens and politicians to dissolve their police department. The next evening, we had a similar meeting with citizens and politicians in the village (which was adjacent to the town), but the reaction was completely different. The people in that village “loved” their officers and their police department. They voted overwhelmingly to support their department (even though they would have to pay more in taxes) and there was no consolidation. It’s a tale of two different municipalities, but also a tale of two different police departments.

Every job – in both the private and public sectors – sets performance standards for quantity of work. In some businesses, this can be a challenge and, of course, it can be a challenge in policing, particularly when setting standards at the street level. No agency wants to get caught in what the press and public would call “having a quota,” yet the public has the right to get “a day’s work for a day’s pay” out of each officer, regardless of rank or assignment. Every person in every job is expected to do something when they show up for work, but somehow this gets a little distorted when we start talking about policing.

What can be done to avoid this? Supervisors and commanders should set the quantity of work to be done by anyone in the organization at a reasonable level obtainable through reasonable efforts for the area in which they work. This may involve some work, planning and research for each job description within the agency. Obviously, the quantity of work for an officer assigned to traffic would be different than one assigned to an investigative position or an administrative slot. A detailed productivity study could help set standards (but, of course, that involves some research and planning on your part). However, this approach might be easier to defend when someone in the community or the press cries “quota” rather than trying to defend the old adage I was told years ago, “A ticket a day keeps the sergeant away.”

However, if you are a professional commander, you may already have all the information and data you need. When you were an officer, you did your job to the best of your ability; you maintained a certain level of work performance; and you did the job “right.” You have “been there and done it” and, rest assured, your coworkers, subordinates and supervisors know that. You can, therefore, insist that your subordinates perform at a professional level just as you did and deliver a reasonable quantity of work for the bucks they are being paid.

A current and complete policy and procedures manual may be a good step toward a professional police department, but any of those rules or policies can be bent, broken or ignored by any officer almost at any time. There are many books and articles written about police ethics, so I won’t contribute too much in the next few paragraphs.

We all know that officers make many decisions during a shift and often some of the most challenging ones are made with little or no supervision. The simplest and one of the best ways to keep a moral compass pointed in the right direction is to use the “bell, book and light” test. Do bells or warning buzzers go off when you consider a certain course of action? Does it violate any laws or policies in “the book”? Will a certain decision stand up under the spotlight of publicity?

One criminal justice researcher claims that “sergeants are the custodians of the culture, the leaders and informal disciplinarians of the department and the individual most officers look to for advice.”

Insisting that your police officers always – and I mean always – try to do “the right thing” in every facet of their work and at every level is your job. Is it tough? You bet, but that’s part of your duty and your responsibility.

Maybe I’m a little old-fashioned, but I believe that, if a police officer looks like a professional police officer, the public will respect them like a professional police officer. And, the converse is true as well. Think about this scenario. You go into a dentist’s office for the first time as a new patient and in comes the dentist dressed in flip-flops, ripped blue jeans and a T-shirt. What would your first impression be of your new dentist? Maybe he’s a niceguy and a great dentist and he can doa wonderful job, but without doing or saying anything, he has already made a negative impression on you. We have all heard the saying about first impressions. (“Experts say we size up new people in somewhere between 30 seconds and two minutes.”) Sometimes, we forget that our customers are also making judgments about first impressions in dealing with police officers.

If the public’s perception about your officers is that they look sloppy, have wrinkled uniforms and dirty shoes and may have “customized” their appearance to their own liking, despite the department’s rules and regulations, they will most likely respect them much less. That lack of respect will cause your officers problems on the street and their problems will become your problems through citizen complaints, etc.

Mike Carpenter has been working in the field of law enforcement in a number of different positions and assignments for more than 35 years. He has held several supervisory and administrative positions, has written several books on the topic of police leadership and supervision and has had more than 100 articles published. He is currently a professor of criminal justice at a college in upstate New Yorkand also runs a successful consulting business called Police Management Services (www.policemanagement.com). You can contact Mike at MJCarpenterX2@yahoo.com.